NewsPaperthe art of publishing
HomeNewsThe party’s over, Mrs May. Your recipe books beckon
109

The party’s over, Mrs May. Your recipe books beckon 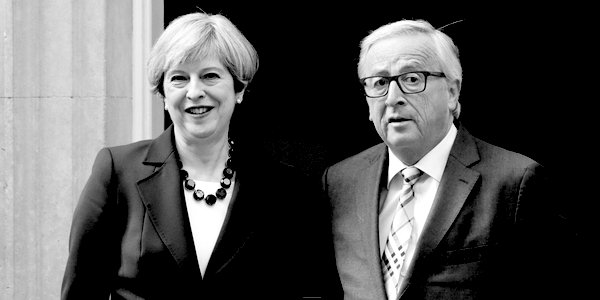 With the mercury continuing to rise and the Conservatives’ poll ratings starting a stampede in the opposite direction, the horror and fascination of watching a political party heading towards annihilation is compelling.

Behind this state of affairs lies massive incompetence and a complete lack of self-knowledge on the part of a prime minister who shows every sign of believing that she got the job on her merits rather than because all the better candidates carelessly self-immolated.

Coupled with a tendency to dither and avoid direct confrontation with colleagues for as long as possible, she is transforming what she christened the ‘Nasty Party’ into the Past-it Party.

It was the lack of self-knowledge which led her to go for a snap general election in 2017, when the thing that snapped was the patience of the electorate, wiping out the decent parliamentary majority she had inherited. Her close advisers (the beardy one and the shouty one who are now no more) had promised that everything was hotsy-totsy and so with a comfortable lead in the opinion polls she tried to build a personality cult – remember ‘me and my team’? – which sadly lacked an indispensable ingredient. Mistrustful and unconvinced by her claim to a personality, the electorate spoke as electorates will.

And for all that her predecessor had the substance and intellectual rigour of an unfilled vol-au-vent case he did have the easy, breezy charm and wit that passes for personality and which week in and week out she achingly fails to emulate when faced at PMQs by an old bumbler who is so thick he might easily be mistaken for the brighter kind of Leave voter.

The ‘Me and my team’ branding at the election was a hoax: teamwork truly hasn’t been her strong suit. Her surreptitious and underhand concoction of a Brexit White Paper in parallel to one prepared by DExEU and without the knowledge of her own Secretary of State demonstrates that she is incapable of collaborating closely with colleagues and prefers to work with a coterie of officials who fashion and distil policy for her.

So incapable is May of persuading ministers to her way of thinking that she scurried off to Berlin to get her homework marked and possibly corrected by Angela Merkel before her own team had even a glimpse of what was presented to them at Chequers as a fait accompli.

Preferring the guidance of appointed civil servants – even oleaginous purveyors of dreadful and divisive advice – to the opinions of elected ministers is a bit thick in a system of Cabinet government, but seeking the prior endorsement of Angela Merkel is stretching democracy beyond breaking point because I didn’t vote for Mrs Merkel and I don’t suppose you did either.

If it comes to that, neither did that many Germans vote for Mrs Merkel last autumn and the next time May scuttles off to Berlin in thrall to dear Angela’s hegemony – or hegermany – over EU institutions and policy, she might reflect that only 14million people voted for Merkel’s CDU party compared with the 17.4million who voted Leave in the UK.

The May-Robbins White Paper was an absolute stinker. Brexiteer ministers resigning could be discounted as collateral damage, dwindling Conservative membership in the constituencies becoming restless and calling for changes in the leadership might be written off as a distraction, but Michel Barnier’s raspberry from Brussels makes it clear that May has blown the little remaining political capital she had left and there is nowhere for her to go except home to her 130 recipe books and a quiet life of cooking. And of course eating, which is, as she says, a plus.

The next few weeks and months are likely to be interesting.

Meanwhile Doug Gurr – tremble at the roar of a lion – is the boss of Amazon UK and he has apparently warned that Britain could face civil unrest within weeks of a no-deal Brexit, presumably because the deli counter at Waitrose is being held up at Dover, and irate Britons will take to the streets which Amazon has made perfect for protests because the shops have all closed.

However, Gurr is probably making the stock Remainer error. The Brexit vote was not the start of a trend which people must mount barricades to overturn: a move towards populism along with, say, the election of President Trump and the decline of traditional centrist parties in Europe. On the contrary, the Brexit vote was conducted in an environment where established political parties and structures were in full control.

The referendum was mainstream politics and no different constitutionally from the other two instigated by David Cameron over proportional representation and Scottish independence.

The Brexit vote was not populism. Populism is what will follow if the 2016 vote is not respected, and there may already be early symptoms. The Electoral Commission found failings with aspects of the Leave campaign but declined to investigate similar allegations against Remain. A Leave campaign stalwart called Darren Grimes has been fined £20,000 by the Commission.

Hey presto: a crowd funding appeal publicised by Guido raised £46,000 in just 24 hours with the average donation standing at £32. This will allow Grimes to cover the penalty and take the fight back to the Electoral Commission. Expect to hear more on this story.

The future of established parties is far from secure. It is doubtful whether the divided Conservatives in Parliament will survive in their present form for much longer, and candidates from parties who stood on a Leave manifesto and who have broken faith with their constituencies should think hard about retraining for life’s next adventure.