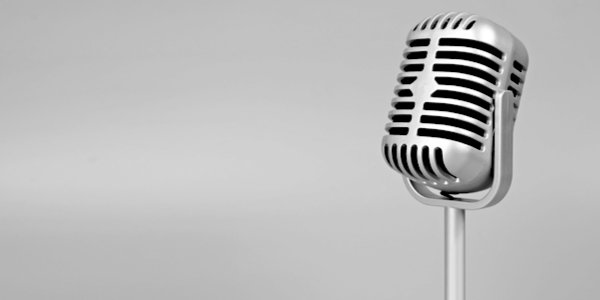 TODAY we talk to Tim Stanley, columnist, leader writer and parliamentary sketch writer of the Telegraph, about his new book Whatever Happened to Tradition? We also ask: Where was conservative opposition to the lockdown?

Laura Perrins: Tim, you have a new book out called Whatever Happened to Tradition?  What is its main premise?

Tim Stanley: My argument is that tradition is not just beautiful (cathedrals, coronations etc) but useful, that it helps us cope with change by rooting us in community and history. I’m not arguing for one particular tradition but rather living ‘traditionally’ – ie mindful of those who came before, those around us and those yet to come, in the hope of curating and passing on wisdom.

LP: In your book you say, ‘Evelyn Waugh once complained that he couldn’t vote for the British Conservative Party because they never put the clock back a single second. This is starting to change.’

You then point to Brexit and Donald Trump as examples of how conservatives can deal with change. Are these examples of putting the clock back, or are they, as establishment conservatives would have us believe, radical revolutionary moves?

TS: This is a really interesting tension in modern conservatism. Some conservatives say Trump and Brexit are unconservative because they disrupt an established order. What Trumpites and Leavers say is ‘but the established order is socialist/liberal – so in order to preserve what we love, things must change.’ It’s comparable to Margaret Thatcher in 1979, who went to war with the status quo, leading her to be accused of unconservative behaviour. She replied that because the status quo was socialist, it was her duty as a conservative to try to turn the clock back.

Only two modern Tory regimes have attempted to do this: Thatcher and May/Johnson. In both cases, they ended up radicalising society/economics to the point that they made it more likely the Left would eventually win. Thatcher unleashed individualist forces that culminated in New Labour’s social liberalism. Johnson might be spending and taxing so much that we wind up vindicating Corbyn-style economics.

TS: I don’t see it as ‘turning back’ so much as restoring what is beautiful and useful. The Government is trying to do that with architecture, which is very conservative: more houses, yes, but prettier, so that people will actually want to live in or near them. I want people to live more traditionally, so I’d encourage artisanship, family formation, church attendance, pre-comprehensive education methods, turning off phones, respect for women and much else besides. In many cases, I’m pushing at an open door: a lot of this is happening voluntarily. It needs to be upscaled.

TS: We need to reclaim the word from pedants and bores, and to stress that it doesn’t belong to one class (upper) or politics (Tory). On the contrary, when Labour was the voice of the working-class it was both religious and patriotic. There is a segment of society, usually middle-class, that hates tradition and, unfortunately, it dominates our institutions. As a result, tradition has become rebellious. It’s the voice of the dispossessed: the ignored church-goer, the frustrated National Trust member etc. Tradition is surprisingly democratic. Abandoned by the elites, it’s owned by the people.

LP: Small ‘c’ conservatives have lost a lot of ground in the last few decades. The new madness by the Left is the attack on the traditional and indeed biological understanding of men and women. Do you hold out hope for the future considering we don’t even have a traditional bathroom arrangement any more?

TS: The trans movement in this country has already hit a wall of public opinion and is, slowly, beginning to reverse. It’s a rare area where the Conservatives have been vaguely socially conservative. The problem is that you cannot persuade people that they’ve got something so personal, so intimate, wrong (ie that their gender isn’t fixed), and while many accept that other individuals might wish to change their gender, attempting to rewrite all societal rules to facilitate this is overreach.

LP: Explain again what is a simple definition of a tradition and what is its importance?

TS: A tradition is something being passed down. When we say something is traditional, we say it was done in the past and there’s an effort being made to hand it on.

Its importance is threefold. It connects the individual to a community. It teaches us social knowledge (how to behave). And it roots the present in the past.

Without tradition (and it’s very hard to avoid tradition), we end up making things up as we go along, and this is prone to error, even disaster.

LP: A very simple tradition such as keeping Sunday as a day of rest has been lost. Why are the Conservative Party so poor at maintaining traditions?

TS: Two reasons. First, because they exist to conserve the status quo that they inherit. If the status quo is liberal-Left, that’s what they’ll preserve. David Cameron, for instance, tried to conserve Blairism, and to prove his credentials, outdid Blair and legalised gay marriage.

Second, because the Conservatives are keen on capitalism even though capitalism is a radicalising force. Hence, even as Mrs Thatcher reversed socialism, she unleashed new forces that destabilised tradition. Indeed, she was so committed to freedom of choice that she wanted to liberalise Sunday trading laws.

To maintain tradition, we have to clip liberty’s wings, so that it doesn’t fly into the sun, burn up, fall into the sea and destroy freedom entirely. Freedom must be rooted in order.

LP: One of the most important traditions was that of liberty. Obviously that has been destroyed in the last two years with the lockdowns across Europe and in Britain. Many on the Right, including the paper you work for, we feel were very poor in defending the tradition of liberty and supported the government too easily in the destruction of our traditions and liberties. Why do you think that was?

TS: First, this is unfair: the editorials of my newspaper were very critical of the assault on civil liberties, as were columnists such as Allison Pearson and, well, me! But I accept that broadly speaking, the media supported lockdown, sold it and provided almost no platform to critics. This was doubly so in Parliament, by the way, where criticism was initially absent. The government made up rules; Parliament didn’t bother to scrutinise; the police enforced everything without understanding what the rules actually were or their legal basis (if they had any).

Why did this happen? I’m not sure. Either it’s because this is simply what happens in plagues and wars: the state cracks down and the population, terrified, rallies round.

Alternatively, there was a time when we would have objected to this authoritarianism but we’ve recently lost that instinct for liberty. Why? Perhaps a key element is the contemporary horror of death. Death is scary, always has been, but we no longer see it (open coffins etc) and rarely talk about it (thanks to declining church attendance), and the more it has become an abstract notion, the more it frightens us. We are living longer; we might think we have a right to live for ever. The idea that some things might be more important than death is never articulated, though this is core to any tradition of liberty. ‘Give me liberty or give me death!’ Freedom is worth dying for because a life spent in an iron lung isn’t worth living, etc. This is axiomatic to me, but not to millions of my fellow citizens.

In an ideal world, or in a more traditional moral order, lockdowns would be unnecessary because a public inclined towards decency would do the right thing of its own accord. Lockdowns become ‘essential’ only when the citizens are feckless or the state doesn’t trust them – and if either is true, that’s very worrying.

LP: How dangerous a precedent are lockdowns to the tradition of liberty?

TS: It depends. Some form of lockdown was inevitable and necessary. My objection was to the way it was done: compulsion rather than voluntary. This is very dangerous. Once this method is used once, why not again? How about a lockdown to save the NHS in winter, or to save the planet? We are back to ends justifying means, without the ends being properly debated or put to a vote.