The play that gave us ‘gaslighting’ 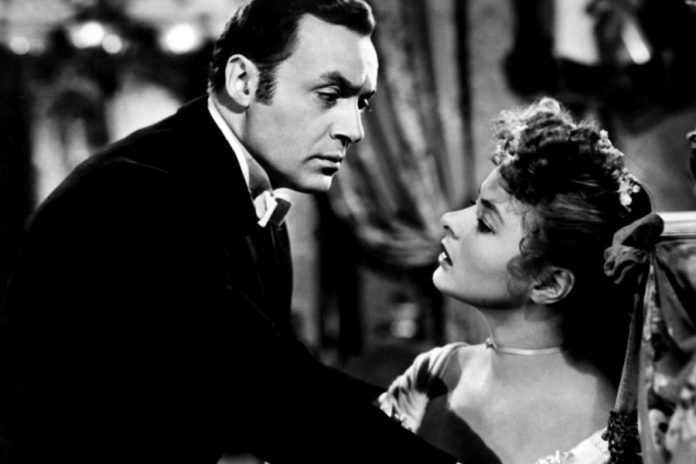 A TERM we often hear these days is ‘gaslighting’ but not everyone knows its provenance.

Gas Light was a mystery drama written by Patrick Hamilton and first staged in 1938. It has twice been made into a film, first in 1940 starring Anton Walbrook and Diana Wynyard, and in 1944 starring Charles Boyer and Ingrid Bergman. Both films were called Gaslight.

The plot, set in Victorian London, concerns an imposter calling himself Jack who has murdered his cousin Alice at her house in Pimlico to steal her rubies. However in an all-night search of the house after he cut her throat, he was not able to find the jewels. Fifteen years later, now bigamously married to Bella, he has used Bella’s money to purchase his cousin’s old house.

After he and Bella move in, he has the top floor of the house sealed off. It can only be accessed through a skylight. Each evening Jack leaves the house to visit his club to do business. Bella becomes suspicious about his regular absences. Ten minutes after Jack goes out, the gas mantle in her room always grows dim and she hears scraping sounds as if someone is moving things around in the unoccupied rooms above.

When Bella nervously reports her observations, Jack scorns, contradicts and belittles her, using tricks to convince her that she is going insane. But of course Bella is bang on the money.

When Jack leaves each night, he enters an adjacent empty property and clambers across to the skylight. He climbs down into the top floor and continues his search for the rubies.

As for the ‘gaslight’ – whenever Jack enters the top floor of the house searching for the rubies, he has to light the gas mantle there. This reduces the gas pressure in the rest of the house, and causes the mantles in the downstairs rooms to dim.

The verb ‘to gaslight’ is a direct reference to the play and can be broadly defined as a scheme to convince a person or persons that their honest and accurate perceptions are but figments of a paranoid delusion; that no ill intent is being directed towards them; that an enemy is in fact a saintly benefactor; that they must believe all they are being told and disregard everything that their own eyes and ears are telling them; that to disbelieve and doubt their ‘saviour’ is an act of wicked, ungrateful, selfish betrayal; and that any suspicion is but the raving of a deranged mind.

Of course this is all pure fiction. Nothing like that would ever happen in real life.

You can watch the wonderful denouement of the 1944 film on YouTube here:

The complete 1940 film version can be viewed here: