The play’s the thing, innit? 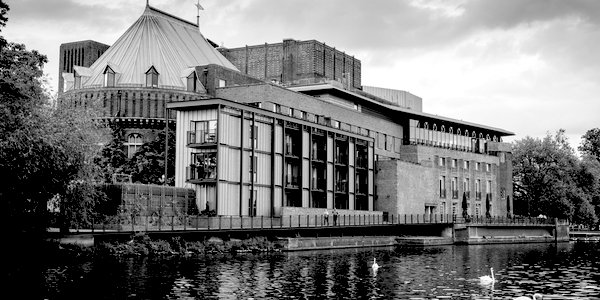 Last week I watched Romeo and Juliet streamed live from the RSC in Stratford to a cinema near me. There were three of us in the stalls, myself and an elderly couple. We sat far apart which was good as I tweeted all the way through the second half, barely glancing up at the film. In a whole lifetime of theatre-going that is the first time I’ve done such a thing. People even glancing at their mobiles during a performance once seemed like a hanging offence to me.

But with this grisly production I didn’t want to look or particularly hear any more.

Most of the cast were young black or Asian, and women switched gender. It was noticeable that the two unpleasant patriarchs, Montague and Capulet, were white men. Out of this maelstrom came not a prologue setting the scene but something more like the sound of an all-night party which has spilled out on to the street at 3am, accompanied by police sirens.

You might like that kind of exciting kitchen-sink drama, but this was a play written by Shakespeare in 1595 containing fine love poetry, and I wanted to hear the WORDS.

I am not complaining about the black casting. Years ago, I saw a production at the Royal Court in London about black life on the streets. The set was a metal box, and all the actors were black. It was brilliant and so were they. I realised then that, as there are so many talented Afro-Caribbean actors around, they would have to take leading roles in the future and our theatre was going to change. Since then many young black men have gone into the theatre with success.

(Presumably they find a different route from young white actors, who mainly seem to be toffs. White working-class boys somehow losing out again.)

Whatever the cast, the play is still the thing, exquisite and meaningful and should not be distorted into unintelligibility for some notional and insulting idea of black culture. But turning Shakespeare into something unrecognisable is now de rigueur in the mania for ‘inclusivity’ and ‘accessibility’.

The Bard has always been accessible – that’s why he’s still so popular – but understanding him, at least until you get into the rhythm of the speech, can be difficult. Like the other arts it just takes a bit of effort and possibly, if you are really keen, some study. The RSC is trying to encourage this by setting up summer workshops for children aged four upwards. Strangely, on its website almost all the children are white.

But understanding the plays, apart from the difficult language further mangled by the actors, is now made even more difficult by the dogma of producers. During Phyllida Lloyd’s recent all-girl Julius Caesar, the actors were told: ‘Enjoy the process, don’t worry about the end product.’

That has long been the doctrine in art schools but on the stage the end product is why the audience paid large sums to be there. The innovation of the rehearsal room doesn’t always work on stage and can be wearing and tedious. Under the banner of inclusivity in this Romeo and Juliet, clarity of English and any flavour of Shakespeare’s time has been expunged. According to Marxist diktat, the sight of an ivy-clad Juliet balcony would smack of nostalgia, a regressive disease common to imperialist lackeys of fascism and racism.

The most execrable part of the production to my ears came from chippy Charlotte Josephine, who made her name with her solo show Bitch Boxer about female pugilists in the 2012 Olympics. As Mercutio, she played the same part again.

Mercutio is usually a sexy young swaggerer. Here he was a crop-haired girl who seemed to have some neurological condition which made her unable to keep still or moderate her voice below a shriek. When Josephine was interviewed for The Stage, the journalist wrote: ‘She speaks really quickly. Words tumble out of her.’

He called her ‘incredibly kinetic’. I would prefer the older description – St Vitus’s Dance.

Josephine said that playing Mercutio as a woman made her feel ‘really current’. Made her think about the play in new ways and re-examine the language. ‘We’re still not used to thinking about women playing those parts, to seeing such explicit desire for both fighting and f***ing explored from a female body.’

The appropriately named director Erica Whyman had ‘encouraged her to take up space on stage like the character would, to use the way she moves, even the routes she takes around the stage, to say: “This is mine. I own this”.’

For me, the problem of turning Mercutio into a girl is that he is murdered by a man. A man-on-man sword fight is thus turned into something quite different that is not part of the play.

The idea of exploring the way men see the world in contrast to women is of course very interesting, and can be hilarious. French and Saunders tried it years ago to great effect, wearing terrible whiskers and fat suits, but this is a play by Shakespeare, and he just wasn’t doing that at all. That wasn’t his world.

Josephine and Whyman are not interested in his world. Their priority is that Josephine once thought the RSC was out of touch. She thought ‘theatre was for posh white people’.

‘Theatre is diverse in a truly human way,’ she told The Stage. ‘All the exclusionary stuff that surrounds it is b***ocks. Theatre should be like blokes at a football match, accessible to everyone given the cuts to the teaching of arts subjects and the f***ing Tories.’

She doesn’t go in for tradition. The Stage asked if she had any theatrical superstitions or rituals. ‘I get this mad fear,’ she said, ‘that I’ve got a bogey just before we start and have to desperately ask people to check my nostrils.’

Her performance suited the sheer vulgarity of this production. Romeo, who looked like a Bollywood celebrity, moved like (to quote the critic Dilys Powell) a starfish, and expressed tender emotion by shouting. Juliet’s Nurse, once a plum part for an older actress, was turned into a hideous old slapper.

I won’t be bothering with the RSC or the Globe Theatre any more, although they don’t seem to mess up plays by writers other than Shakespeare quite so badly. I’m obviously too old and too white to be included or even considered. Only one thing would get me to return: companies staging two productions back to back, one traditional, with non-transgendered casting, in Shakespearean costume, verse spoken clearly with understanding; the other ‘modern’. Audiences might then choose what they want; poetry, linguistic and visual felicity, or unmitigated, inchoate rage intersected by nondescript music.

Many young people would enjoy the former, not just for the joy of dressing up and joining an entirely different world from their own, but as a change from the entrenched Marxist radicalism which pretends to allow in outsiders only to de-skill and underestimate them. That old orthodoxy must surely be ripe for overturning.