The Polish patriots who should be celebrated 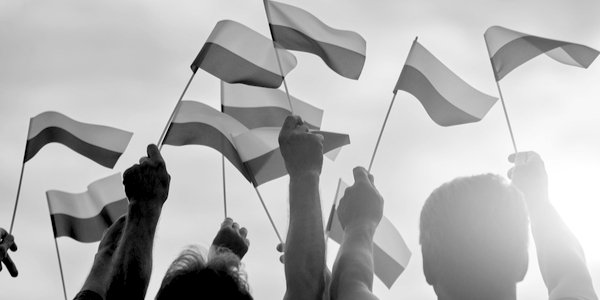 TODAY is the 75th anniversary of the start of one of the most heroic episodes of the Second World War. On August 1, 1944, the Warsaw Uprising began when the fighters of the Polish resistance, known as the Home Army, outnumbered and out-gunned, revolted against the Nazi occupation. They were doomed from the start. They were grievously short of every necessity of modern warfare, having by some estimates only one firearm for every seven fighters. They lacked heavy weapons and food supplies were scant.

Their uprising was precipitated by the closeness of the Russians. The Red Army’s most recent offensive had brought them to within a few miles of Warsaw, but there they stopped. Everyone, including the Poles, expected that after a brief pause to reorganise, the Russians would push forward to liberate Warsaw, and Stalin falsely encouraged this belief.

Stalin knew that the Poles were determined to re-establish their independence not only from Germany but from the Russians too. Although Poland had a small Communist resistance movement loyal to Stalin, most Poles despised Communism. Given that they had been stabbed in the back by Stalin in 1939, when under the Molotov-Ribbentrop pact, the Russians had acted as Nazi Germany’s direct allies in Poland’s destruction, their antipathy was easily understandable.

Stalin hoped the main Polish resistance, loyal to its government exiled in London, would bring about its own annihilation. Its military weakness would ensure that in open combat, in a premature uprising, it would be wiped out. Stalin’s own tame Polish Communists, known as the Lublin Committee, could then take power instead.

If the Germans could be provoked into crushing hopes of Polish freedom and massacring Polish patriots, Stalin would profit.

If Warsaw was flattened in the process and its population slaughtered, so be it. With his characteristic cunning and deceitfulness, Stalin called on the Home Army to fight.

The Germans threw everything into crushing the uprising, battering the city with artillery and aerial bombing. Massive forces, including tanks and an assortment of the most brutal SS formations, were deployed. Massacres of both civilians and wounded resistance fighters were commonplace.

The Poles did start to receive limited outside help. Supplies were parachuted in from the western Allies and even a tiny amount of Soviet weapons were grudgingly donated by Stalin as a fig-leaf to cover his treachery. Yet there was never nearly enough. The difficulties for the RAF and US Air Force in transporting aid over such distances were too great. Stalin with constant excuses blocked Allied planes from using nearby Soviet air bases for aid missions.

When they launched their revolt, the Poles expected to hold out for only a week or two before Russian troops relieved them. In the end, they lasted for 63 days. Despite losing, their bravery, ingenuity in improvising weapons, skill and sheer determination made their uprising one of the war’s greatest stories. Remarkably, they forced the Germans into allowing them the formal status of legitimate combatants (rather than of partisans who would be shot) when they eventually surrendered. Thereby they gained, at least notionally, the legal protections of prisoners-of-war.

It’s foolish to idealise nations. Poland has its faults like any other and there have been ugly strands in Polish nationalism, including at times anti-Semitism. It pre-war government was at times deeply unpleasant. For example, how it took advantage of Czechoslovakia in 1938 when was being bullied by Hitler to annex the border area of Zaolzie.

This action was not only immoral, but also chronically short-sighted. Yet there is so much that is inspirational about Polish courage and its militant desire for freedom.

In their little-remembered war against Bolshevik Russia of 1919-1921, the Poles gave more than a good account of themselves, inflicting some striking defeats on the Russians, one of the reasons why Stalin always held a bitter grudge against them.

Its defensive campaign against the 1939 Nazi invasion was a fight against overwhelming odds, in a complete military mismatch. But long after their situation had become hopeless, they kept fighting, many Poles escaping at the end to carry on the struggle abroad. Throughout the war, Poles served with the western Allies with great distinction. In the Battle of Britain, in Italy and the invasion of North-West Europe after D-Day, their soldiers and airmen made a contribution that far outweighed their numbers.

Neither should we forget that despite Stalin’s treachery, many Poles who found themselves enduring terrible treatment as Soviet prisoners from 1939 onwards still volunteered to serve in Soviet controlled formations from 1942-43 onwards. They were simply desperate for any chance to fight Germans.

When the war ended in 1945 and the Soviets clamped down on Eastern Europe, Poland still resisted. In the country’s remoter regions, many Poles using their old Home Army networks and weapons fought a low-level guerilla war against the Russian occupiers until the mid 1950s.

In post-Communist Poland, they are now rightly remembered as freedom fighters.

Poland can also be proud of its later non-military resistance to Communism. The Solidarity movement which sprang up in 1980 was a massive gesture of defiance to the grim dictatorship of Wladyslaw Gomulka and his grotesquely misnamed ‘People’s Democracy’. At its high point, its membership was around ten million, a clear majority of the country’s workers.

Here was a free trade union, composed of genuine proletarians, founded in a shipyard named after Lenin, taking on the Communist ruling class and the might of the Soviet bloc and standing up for freedom. There could be no better demonstration of the bankruptcy of Marxism.

Polish patriotism has been both extraordinary and inspirational. Patriotism is not, as some would characterise it, the exclusive property of sinister people with atavistic ideas about ‘blood and soil’, the ‘Blut und Boden’ of the old Nazi slogan about racial community. It can be the simple expression of belief in, or love for, your own country. It needn’t be uncritical or carried to point of irrationality. It does not have to be an expression of hostility to others or a crass expression of superiority.

There are few finer examples of patriotism than Poland. And the heroism of Warsaw in August 1944, however little it achieved militarily, was a wonderful representation of that country’s spirit. It should be remembered.