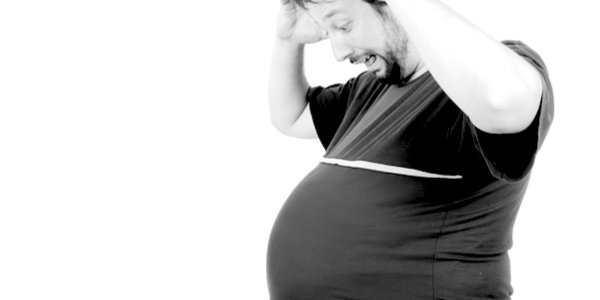 UNICODE Consortium, a California-based ‘not for profit organisation’ which controls ‘software internationalisation standards and data’, particularly the ‘Unicode Standard’ which specifies how computers communicate text, has announced the release of its next set of emoji.

Voting members of the consortium are the usual Big Tech suspects with an interest in controlling and overseeing our personal communications. Among them are Adobe, Apple, Emojipedia, Facebook, Google, IBM, Microsoft and Netflix.

The Unicode Consortium has more power over emoji than the Académie Française has over French. Every year or so it announces about 50 new symbols to expand the virtual ‘language’; there are now around 3,500. This latest release will be used in the next Unicode 14.0 for all smartphones.

I can see your eyebrows lifting: emoji – who cares? Perhaps you should, because the new range includes a‘pregnant man’.

Emoji were created in 1999 by the Japanese artist Shigetaka Kurita for Japan’s smartphone market and spread to the entire world. Many Japanese cellphone makers let their users send emoji years before Apple and Google adopted them. Initially niche, they are now universal after being added to several mobile operating systems. Even TCW Defending Freedom commenters use them.

Emoji play a big part in ‘youth’ culture, although their appeal does tend to bypass the majority of adults. In 2015, Oxford Dictionaries named the Face with Tears of Joy emoji, below, the ‘word of the year’.

The ‘pregnant man’ will join recent innovations including the man in a wedding veil, same-sex couple, the LGBTQI and transgender flags, the bearded woman and the ‘neutral’ Father Christmas. It is intended to support any transgender man who identifies as a ‘seahorse daddy’.  The move is part of the consortium’s express objective to make text more inclusive and ‘gender neutral’, i.e. fluid, asexual, and non-binary.

Some people find the notion of a ‘pregnant man’ offensive and a slight to accepted mores of sex and sexuality. Others consider the promotion of such representations to be a corruption of reality and another attempt to undermine women’s biological role in conception, pregnancy and childbirth; a deliberate effort to deny what it means to be a woman and a mother and an attempt to shift children’s perception in the process.

You and I know that the souls who might choose to represent themselves by little asexual pictorial forms are never going to be ‘pregnant men’; rather females, who, courtesy of a long-term cocktail of strong hormones and with ‘benefit of the self-mutilation that is top surgery’, are for a time able to convince themselves and some other people that they are male. On rare occasions, these women stop taking their gender-altering drugs and, as females, they become pregnant.

Ordinarily, most people would laugh off the notion of the ‘pregnant man’ as another example of the fantastic lie that is being perpetrated by woke warriors and their spear-carriers in Big Tech, but there is a larger, more sinister issue here.

‘Gender critical’ intrusions into our everyday lives are increasing. The ‘trans’ disease is spread defiantly by militants who aim to destroy any vestiges of traditional biology and family norms and replace them with ‘the new normal’ ersatz LGBQTI+ versions; enforced speech codes and rules on institutionalising children’s ‘gender fluidity’ are among its vectors.

Woke emoji seek to subvert reality in a subtle and incremental way and are clearly targeted at children and young people who use smartphones all the time. A study conducted in the UK last year, by Childwise, revealed that by the age of seven 53 per cent of children owned a mobile phone and other research shows that most of them spent at least an hour every day – before Covid – texting, not talking.

The sad truth is that the ‘pregnant man’ emoji is yet another attack on children’s development: one small element of the new and expanding compelled ‘language’ that is shifting reality in subtle and pernicious ways. It is part of the woke poison that has already seeped into the body politic, the media, business corporations, education and healthcare, and now looks to infect the most impressionable of minds.

Share
Facebook
Twitter
WhatsApp
Email
Previous articleToday’s talking point: Have we been stopped from travelling for ever?
Next articleBoycott ‘sissy idols’? We could do with some of that