The pressure cooker is ready to blow 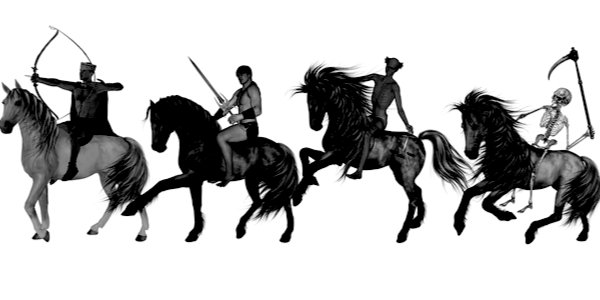 RECENTLY I undertook a short Retreat at a small isolated cottage on the east coast. One morning, behind a rain-spattered window, I looked out and saw the gunmetal grey expanse of the North Sea. Beyond the whitecaps lay the continent of Europe and I felt quite close to it, far closer than the limitations of my physical perception permitted. But not, I must emphasise, close to that grotesque edifice that postmodernist leaderships have inflicted upon it and us.

Instead, I found myself drawn to our shared inheritance, the abiding mores which millennia of conflicts have moulded.

To my mind these islands of ours are irrevocably joined to that continent. Not simply by a railway tunnel, but far more bindingly by the arrival and integration of people sharing a common Caucasian heritage, both before and after the land bridge was stretched by tectonics, pounded by great waters and finally finished off by the mega-tsunami of 6200 BC which wiped out at least a quarter of Britain’s and Northern Europe’s coastal Mesolithic populations.

In time, generation after generation, century after century, the survivors and their descendants, despite all their violent squabbling, came to create a unique common core of belief, law and custom. This essential core is a frail, sometimes faltering assemblage of original ideas generated by painful social experimentation, often during times of great conflict.

Having said that with such certitude, I must acknowledge that this once strong, vibrant collection of nation-states, including my own, is facing a bleak future in disarray and uncertainty as an alien human tsunami smashes down on us, a succession of destructive waves from every failed state on Earth bringing the retrogressive socio-political policies that created those failures in the first place.

Indigenous Europeans increasingly see this rapidly expanding assault for what it is. Either intuition or a resurgent survival instinct leads them to acknowledge that, despite a torrent of disinformation to the contrary, these arrivals are not benign symbionts but predatory parasites – organisms that kill their hosts by slowly devouring them from within.

Consequently, the approaching dénouement will not be a matter between members of the same familia but between the indigenous inhabitants and an invasive, colonising force that has taken a relentless death grip on the present conduct and eventual shape of our singular existence. We find ourselves in the position where we have nothing to lose but our children’s chains and this will force us to decide between two equally undesirable courses of action: we either submit or, alternatively, enter into the Fourth Dimension of Warfare, more commonly known as People’s War. [1] I am mindful of the fact that such an enterprise could succeed only if it were waged on a predominantly Pan-European scale.

Why? Because history teaches us that the outcome of such war hinges upon a precisely defined set of conditions. The preparation for, the initiation of and successful prosecution of People’s War is a complex weave of many threads, the failure or absence of any one of which can unravel the whole enterprise. I list below these conditions:

1. A society must be in a stage of evolution in which its economic and social structure is changing, and when its institutions and control mechanisms cannot cope with such changes. In short, a revolutionary potential exists;

3. High-grade leadership has emerged, and a sound organisation has been constructed;

4. Support of the people has been achieved;

6.The philosophy of co-ordinated action on all the battlefronts is understood and applied. The battlefronts of People’s War are: Cultural/Spiritual; Socio-economic; Political; International and Military, in that order.

So where do we find ourselves now? To all appearances only the first condition could be considered to be in place although the second may be in the process of evolving. Whether or not all the others, or even any one of them, could materialise is a moot point. Such great upheavals in human affairs require a long period of gestation (time we do not have) and demand total commitment and great sacrifice from a substantial number of like-minded participants to challenge established political hierarchies that tend to react with draconian ruthlessness in defence of their sinecures.

Whilst under present circumstances an organised People’s War in Europe, including the UK, is not impossible, it is highly improbable. However, should such turmoil soon come to pass it will have arisen spontaneously, triggered most likely by an atrocity too far or economic collapse resulting from the fiscal cost of maintaining and constraining millions of aggressive predators, and it will have done so without preparation or co-ordination, an erratic storm that will pass everywhere, undiminishing and undirected, leaving a decades-long trail of death and destruction in its wake . . . guerre à outrance.

Damn them all! Throughout the West successive governments have deliberately filled the pressure cooker, clamped down the lid and stoked a fire beneath. Now, driven not by the laws of physics but by the explosive pressure of determined people focused on their own survival, it is ready to blow.

Meanwhile the political elites and their apparatchiks, aided and abetted by the censorship and selective reportage of a conspiratorial media, persist in sitting on the lid of the pressure cooker in the hope that the votes of the predators and their appeasers and the support of vested corporate interests will sustain them in office

Together with the Gadarene Swine of the legal profession they are concerned only with protecting their secure, comfortable existence. Some of them may indeed be motivated by a puerile belief in miracles and multiculturalism whilst others, consumed by a failure of logic and blinded by the rose-coloured light of diversity theology, press on under a halo of sublime self-righteousness impervious to the cries of distress coming from the people who appoint and pay them. Irrespective of what drives them, they hide behind a curtain of smoke and mirrors hoping that it will conceal the real, globalist agenda behind the abomination that they are intent upon inflicting on us.

Time and again they demonstrate that they are unwilling to do anything that halts and then reverses the course of this culture-destroying catastrophe. They simply will not acknowledge the magnitude of the impending holocaust that they are making inevitable by what, in the most generous analysis, could only be described as gesture politics and determined inaction.

The prime function of any government is defence of the realm, and failure to do so by deliberately denying or hiding the true nature of a threat and protecting the bringers of civilisational genocide is High Treason pure and simple, and needs to be seen as such.

Thespians all, they who exercise political power, no matter how temporarily, should bear in mind that in the wings the Four Horsemen wait impatiently, ready to ride out again when gifted only the slightest of opportunities. 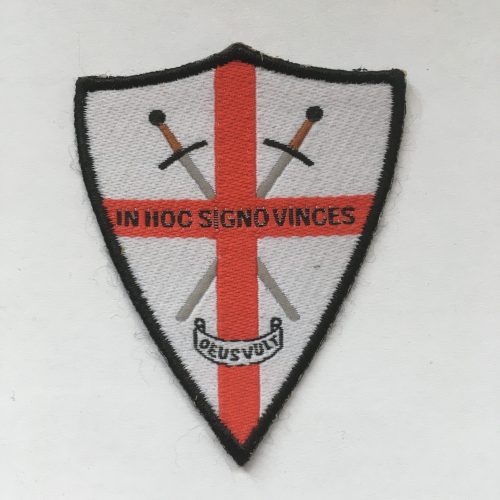