NewsPaperthe art of publishing
HomeNewsThe proud memories you, our readers, will never allow to fade
26

The proud memories you, our readers, will never allow to fade 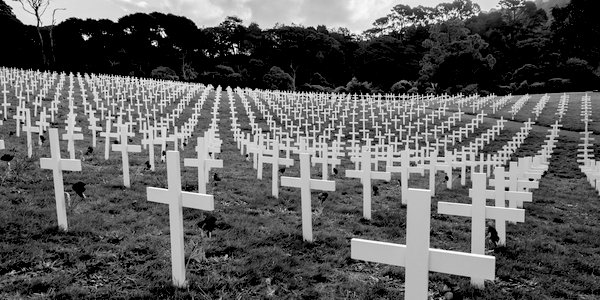 Last week Kathy Gyngell wrote in TCW about her relatives who died in the First World War, and invited readers’ recollections of their own families’ service and sacrifice. Here is a selection:

Gunner Cyril William Coles of the Tank Corps was my grandfather’s first cousin. He was killed in action at the Battle of Flers-Courcelette on 15 September 1916. This was the very first time tanks were used in action. Cyril’s tank, D15, was one of three tasked to move through the centre of Flers. The other two became stuck in shell holes but D15, armed only with machine guns, not cannon, reached the German front line where it was hit by artillery fire. The tank caught fire and when the crew abandoned the burning vehicle they were all hit by small arms fire. Of the eight men, Cyril and one comrade died where they fell and another died a week later from his wounds.

My father, born in 1919, was given the middle name Cyril. I have helped the Tank Museum research Cyril Coles. So far as I know, he has no closer relative than myself, so I am determined to keep his memory alive. That determination is strong in many families up and down the country.

My grandfather served in the Royal Engineers in World War 1. They built the fortifications and laid railway lines on the Western Front. Some of them were miners who dug tunnels underneath the German trenches. I was told he worked on the telephone wires. He served from 1914 until the end though he was gassed in 1917. Two of his brothers were killed. He came out a breathless invalid, never worked again, and died in 1931, aged 44. His widow had six children.

My paternal grandmother’s younger brother, like so many Welshmen of the time, had been a coal miner before the First World War. When he joined the army he served initially in the the Royal Welsh Fusiliers but because of his mining experience was subsequently transferred to the Royal Engineers where he served in the 254th Tunnelling Company. He was killed in action in France in September 1916.

My wife’s Grandfather died at Ypres in 1914, he was German. My Grandfather died at Suvla Bay Gallipoli 1915 with the 7 South Staffs. An old regular Sergeant, he rejoined in 1914 at the age of 45 and was not required to go, but like the rest, he thought it was his duty.
I believe it had a bad effect on my father, who seemed to have very few emotions, the same for my wife’s father.

My paternal grandfather’s cousin joined the South Staffs Regt in 1916, but probably because of depletion i.e. severe casualties, ended up with the Essex Regt. He died on 18th November 1918 from a combination of wounds and flu.

Paternal grandfather was in the Royal Horse Artillery. Recalled from India at the outbreak of WWI, posted straight into the trenches with no chance to acclimatise from intense heat to freezing cold. Contracted rheumatic fever, survived the war but never recovered from his illness. Plagued by ill-health and inability to earn a living until his death in 1934, at the age of 42, when my Dad was eight years old. My father barely knew him, he spent more time in hospital than at home. We have two family pictures of him: one in his military uniform in WWI and one a few years before his death. The difference of maybe just 15 years is profound: from a fit, handsome young man to a shambling bag of bones, old before his time. The effects of his premature death ran through the family for decades, since it plunged his widow and her four surviving children into deep poverty. She was too proud to accept charity and feared losing her children to care, which would also have meant losing her home. So she worked herself to the bone trying to make ends meet and keep her family together. The strength of those bonds remain in our family today.

A great uncle was a shipwright on HMS Chester at Jutland, and the story of Jack Cornwell VC is an interesting tale of sacrifice that would probably be mocked by today’s NUS.

Terence Kennard, who would have been my uncle, [joined] the Royal Flying Corps, albeit that expectancy of survival was even lower in the RFC at that time than that of a young Army officer in the Somme area. He certainly ‘enjoyed’ (if that is the right word) his short time in the RFC, and was highly reported on as a Navigator, but all too soon he was killed (February 1918) in an accident one day shortly after take-off. His little sister, eleven years younger, was very greatly affected by the loss of her big brother, and 20 years later I was given his name, when I was born. I reflected this February how we have now kept his name alive for a hundred years.

My grandfather was a wonderful man. A devoted father and grandfather. A devout Methodist and teetotaller.

I must have been 7 or 8 when I became aware that he had fought in WW1. One of my clearest childhood memories is asking my equally wonderful grandma about my grandfather’s service. She made me promise never, ever to mention WW1 to my grandfather. I kept my promise and never did.

Many who come home from war are traumatised for life. Although it is right to remember the fallen we must also remember those who come back with both physical and mental damage that stays with them their entire lives.

Although my maternal grandfather fought in the front lines throughout WW1 he survived. He was gassed and took much shrapnel, located too dangerously close to his spine to be removed. Given the casualty rate in his Welsh regiment it was a miracle that he survived, although the shrapnel, especially in his leg, caused him intermittent pain. So great was the suffering he experienced he totally lost his faith and refused to ever go to church again, except to marry his wife, the mother of three including my own mother. He was a tough, gritty little man who couldn’t bear to discuss the war.

I never knew my grandfather, so this is based on what my dad told me. My grandfather volunteered at the beginning of the Great War – Northern Ireland has never had conscription. His regiment was the Royal Irish Rifles. In the trenches a much sought-after assignment was going to fetch water on the water cart, as it provided a few hours away from the shelling. At Ypres my granddad was on the water cart, distributing water when he was shot by a German sniper just below the shoulder, shattering the bone in his left arm. He retained the arm, but it withered and he had no movement in it. That was the end of his war – I have his honourable discharge and medals. He was fit only for light work, which given where they lived was seasonal. My father was one of six children, and they had little or no money. In the years after the war my granddad’s real problem came to light. He had contracted syphilis, probably in a brothel in France. My grandmother, my dad and all his siblings were tested but were fortunately clear. My granddad’s health declined slowly, and he became a heavy drinker, though amiable and never difficult. After the second war he became an invalid, and just before his death in 1948 went blind. Dulce et decorum est pro patria mori?

In remembrance and grateful appreciation of the sacrifices made 1914-18 by members of the Pike Family, and those of the Stephens, Hallett and Rumsam Family in 1939-45. The cynical betrayal in 2018 by the self-serving British political class of what they fought for will not be forgotten and never forgiven. [Editor’s note: DJM has written a detailed account of his family’s service in the Comments under Kathy Gyngell’s original article.]

My birthday is on November 11th but I’ll forget that before I forget those that died for us. I’m fortunate enough not to be aware of any relatives who did so, but when I observe the two minutes’ silence on Sunday, I’ll reflect that this is the least we owe them, because really we owe them . . . everything.