The Puritans? O come let us abhor them 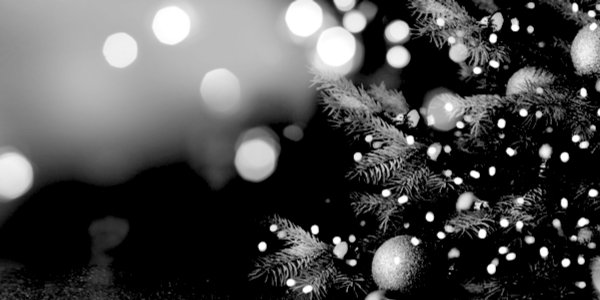 AS we all know, the Prime Minister’s Office is not the home of good ideas, but it is a most productive factory in the invention of slogans.

Their most recent, half-baked, straw-brained, tiresome, idiotic, insane and malevolent – sorry, I mean intelligent, ethically-based and all for the public good – was Don’t take Covid home for Christmas. It was meant to encourage university students to get their booster jabs and mask up.

But these genius sloganisers were forced to withdraw their latest effort because civil servants in The Blob – the command-and-control centre which has replaced the UK Cabinet – declared that to mention Christmas, especially at Christmastime, would deeply offend minorities.

Minorities of what, I ask? Of turkeys perhaps?

One thing must be pointed out at the start: The apparatchiks in the Department of Wokery are completely lacking in orginality. For the Puritans tried twice – in 1644 and again in 1659 – to prohibit Christmas celebrations.

Thus the Puritans were the first minority to take offence, and for two reasons: First, the word Christmas included the word mass, and secondly because at this festival of Our Lord’s incarnation English people were wont to have a good time. And if there’s one thing that causes dismay in the heart of a Puritan, it is the suspicion that someone, somewhere, might be having a good time.

Most of the roistering English men, women and especially children took no notice and carried on doing satanic things such as singing carols, dancing, drinking, decorating the churches and holding processions.

The Puritans (sort of) mangled Jesus’s saying Suffer the little children. When they said it they meant it. Like our Prime Minister’s Office, they too had their slogans, and the spirit of their devotions might handily be encapsulated in this prayer, which I have composed for them: O Lord, we beseech thee, remove from our hearts every tincture of levity; let joy be not once mentioned among us. And we ask this for Oliver Cromwell’s and The Blob’s sakes. Amen.

They had already sacked and vandalised our gorgeous medieval cathedrals and parish churches in their savage, iconoclastic fury. This shows that they hadn’t the foggiest what Christ’s incarnation meant.

But the great mass – oops, there I’ve said the accursed word again! – knew that, as St John’s Gospel says in its first chapter, The Word was made flesh. The Second Person of the Blessed Trinity became embodied not only in words and thoughts but in things.

The Word was made flesh and dwelt among us, and we beheld his glory … This glory was in feasting and laughing and giving presents rather than in those whitewashed sepulchres, the Calvinistic chapels and the repetition of metrical psalms.

In their hair-shirted cultus of Thou shalt not, they failed to heed Sir Toby Belch’s unanswerable reply to Puritanism and pedantry run mad: Dost thou think that because thou art virtuous, there shall be no more cakes and ale?

As we know, that reply was given to Malvolio and Malvolio – malevolent – means he that hath an evil will.

But let’s return to our own times, shall we? Members of our so-called minorities are not offended by traditional Christmas celebrations. The Muslim MP Saqib Bhatti’s reaction is typical: He called the ban on the topical slogan ridiculous.

You know, after all I have had second thoughts. Mention of Christmas is offensive to one minority: That of tetchy Wokeists and bloodless secularists who, like the Puritans before them, detest the traditional and heartfelt thoughts and actions of the British people, the ordinary common folk of God.