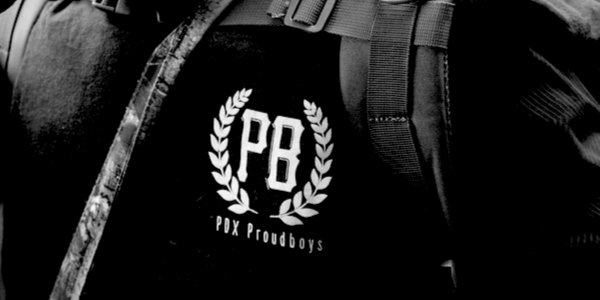 IN THE aftermath of the first American presidential debate, much of the mainstream media declared the American/Canadian male-only beer-drinking club the ‘Proud Boys’ to be ‘white supremacists’ and condemned Donald Trump for not disowning them. Now, being a suspicious type who questions everything, I couldn’t help but wonder: are they the real-deal white supremacists or are they just opponents of the radical woke Left?

So, I went to the search engine DuckDuckGo to find their website. (I couldn’t find it via Google. Make of that what you will.) Anyway, they have an article on their website entitled ‘We are not alt-right’ in which they strongly condemn white nationalism, anti-Semitism and the far Right in general.

If there was any evidence that the Proud Boys were white supremacists I would utterly condemn them, but the facts show that they oppose the far Right. Isn’t it the role of professional journalists to check facts and accurately report them to the public?

There is legitimate criticism of their tendency to end up in violent street brawls with far-Left activists but this doesn’t make them white supremacists or advocates for a white ethno state.

Here’s another fact and it’s a pretty glaring one: the Proud Boys’ leader, Enrique Tarrio, is an Afro-Cuban American. If the Proud Boys are ‘white supremacists’ they are clearly not very good at it. I really can’t see Enrique Tarrio winning Klansman of the Year any time soon. People can make whatever criticisms of the Proud Boys they like, but to assert that a group led by a mixed-race Latino is ‘white supremacist’ displays one’s inability to distinguish colours, never mind one’s complete ignorance of political ideology.

In short, the Proud Boys are no more white supremacists than Jeremy Corbyn is secretly thinking of moving to Northern Ireland to join the DUP. The Proud Boys are a conservative/libertarian men-only beer-drinking group who believe that western liberal democracy is superior to other political systems. They support curbs on mass immigration, are critical of Islam and oppose modern feminism. None of these positions makes them white supremacists or far-Right unless we extend the definition of those terms to the point of absurdity.

Many journalists are either knowingly lying about them or are just downright lazy in their research. Is it any wonder that so many people don’t trust much of the mainstream media?