The rainbow warriors of Waitrose 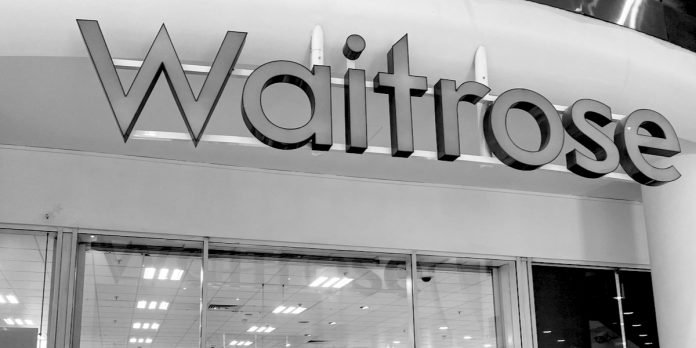 IT’S that time of year again (it seems to come round earlier and earlier) and once more Wokerose – sorry, Waitrose – is inviting me to ‘celebrate’ Pride.

In fact, 2022 is an extra-special occasion for some rainbow revelling because it marks 50 years since the LGBTQ movement went on the march in Britain.

The annual email message telling me all this comes courtesy of Chris Wood, Waitrose’s ‘Chair of Pride in the Partnership’. Well, apologies once again, Chris, but like last time I’m going to have to decline working myself up into carousing and jubilating mode.

At my age I don’t even celebrate my birthdays any longer, so – call me Mr Misery – I won’t be going down to London and looking out for the Waitrose & John Lewis float in the Pride parade in July, as you suggest.

However, I must thank you for once more keeping me abreast of Waitrose’s efforts to make us all proud of Pride, unlike certain other sectors of the retail trade who stick stubbornly to their core businesses and don’t get involved in such worthwhile campaigns.

For example, I topped up my car’s tank the other day (after taking out a second mortgage). Unbelievably, the filling station was just selling petrol. There was a notice on the pump about the Petroleum Spirit (Plastic Containers) Regulations 1982, but not one rainbow sticker. As for the cashier, when I mentioned the lack of Pride involvement, all I got was a grunt.

Just how these businesses can survive and thrive without relentlessly acclaiming the amorous preferences of a minority of the population in the manner of Waitrose, I cannot fathom.

Admittedly, it’s not just Waitrose that’s part of the Pride-pushing act. Sainsbury’s, Tesco, Morrisons and Asda are all involved to a greater or lesser extent.

It’s just that Waitrose’s full-on coverage really takes the biscuit. In fact, it not only takes the biscuit, it gives it – the store’s latest offers include a recipe for ‘Biscuit of Joy’, a Pride-themed ‘tie-dyed’ rainbow-decorated confection. ‘The technique takes a bit of practice, but the results are worth it,’ we are told. I can’t wait to try it.

Now, I don’t care whether people are gay, straight, trans, black, white, brown, sky blue pink, or any of the other alphabetical, anatomical, racial and cultural combinations that we are bombarded with day in, day out. They can do, and be, what the hell they like as far as I’m concerned. But I don’t need their agenda preached and screeched at me by Waitrose or anyone else.

If these firms want to help Pride, can’t they be a bit quieter about it? Answer: Of course they can’t, because megaphone-volume virtue-signalling is the whole point.

I suspect many in minority groups are embarrassed by all the showboating shenanigans surrounding what should be their private lives and choices and, like most of us, they just want a quiet life. But these days, you daren’t object to, or disagree with, the prevailing wokery, because you’ll end up picketed, no-platformed and cancelled.

The truth, of course, is that all this Pride promotion by Waitrose and others is nothing to do with their concern for rights and freedoms, etc – it’s just marketing, pure and simple.

They’re banging on now about 50 years of Pride. But back in 1972, when the first Gay Pride march was held in London, I don’t recall Waitrose or any other retailers shouting from the rooftops and manning the barricades in favour of gay rights.

It’s only because the Pride bandwagon has gained speed and piled on passengers over the past few years that these stores feel compelled to jump aboard, for fear of being boycotted and seeing sales slump.

I don’t suppose you can blame them – after all, it’s a competitive, cut-throat jungle out there between the canned goods aisle and the deli counter. But I do wish Waitrose would give it a rest for a bit and let us just get on with our shopping.