The real reason for the new lockdown: Shambolic NHS management

AN NHS whistleblower has leaked a slide deck dated November 2. In the words of the leaker, it’s a ‘pretty standard high level (NHS England) briefing, looking at operational areas and the general picture’. It’s full of interesting data that I’ll be working through over the next couple of days, but the thing which jumped out after a brief perusal was the figure for ‘regional Covid-related staff absences’ in Yorkshire and the North-East – a whopping 37 per cent! As the whistleblower says, ‘This has to be due to false positives, no way can over a third of staff have Covid.’ (The figure is even higher in the Midlands – 40 per cent.)

This confirms my analysis, published last Wednesday, of why the ‘Quad’ took the decision to place England under a second lockdown, in spite of knowing that Covid hospital admissions were unlikely to exceed those during the peak of the first wave, when no NHS trust anywhere in the country was overwhelmed. As I said then, they were just worried about certain hotspots – specifically, those in cities in Yorkshire and the North-East. The reason for their anxiety was that NHS England’s critical care capacity in those areas is now lower than it was in March/April. Why? Because hospital trusts have been ordered to admit non-Covid patients (unlike during the first wave) and because intensive care units are under-staffed.

Another difficulty is that there are fewer specialist intensive care nurses than there were in March/April, partly because some of them have asked to be reassigned to other departments after the stress of the first wave and partly because hospitals are obsessively testing all their staff using the unreliable PCR kit because they’re terrified of ‘healthcare-associated infections’ (nosocomial transmission of the virus). The upshot is there are fewer intensive care nurses, and some of those who are still around have been sent home and told to self-isolate for ten days. Another issue is that those with young children who’ve been sent home from school and told to self-isolate – because a child in their bubble has tested positive – are having to stay at home to care for their kids. Yet another issue is that some schools and NHS trusts are telling nurses to self-isolate for 14 days if one of their children has been identified as a ‘contact’ of an infected person, even though that’s not something NHS Test and Trace are insisting upon.

If 37 per cent of staff in Yorkshire and the North-East were absent for Covid-related reasons on November 2, that was clearly what was fuelling anxiety, not the ‘second wave’ baloney that Witless and Unbalanced obediently trotted out. (A reader made the same point: the NHS has a manpower problem.)

Sunday brought further confirmation that staff absence is the issue, not a fear of rising hospital admissions, with the news that NHS England has relaxed the one-to-one rule, saying nurses can now look after two patients at the same time. Here’s the tell-tale paragraph in the Telegraph:

‘Northern Lincolnshire and Goole Hospitals NHS Foundation Trust, which runs hospitals across Grimsby and Scunthorpe, said it was struggling with staff shortages after dozens of nurses and doctors were ordered to self-isolate.’

So there you have it. The reason we’ve gone into lockdown is because of staff shortages within some NHS trusts thanks, in part, to the false positive rate of the PCR test and the over-zealous enforcement of quarantining for those who’ve come into contact with ‘positive’ cases.

Stop Press: On the Spectator‘s Coffee House Shots podcast on Saturday it was disclosed that that the NHS asked the Government for extra resources over the summer to build capacity for the so-called second wave. Apparently, the Government refused on the grounds that its ‘world beating’ Test and Trace system would ensure that extra capacity wouldn’t be needed.

This first appeared in Lockdown Sceptics on November 9, 2020, and is republished by kind permission. 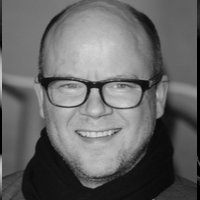