The reason for the two-metre rule? Stupidity 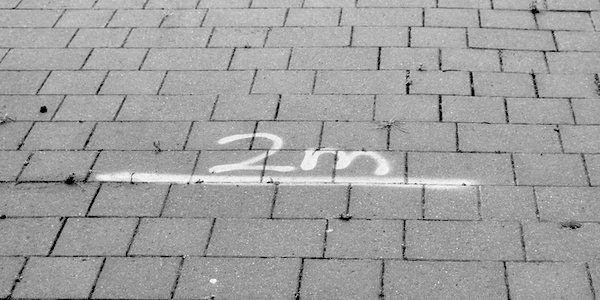 THERE is a soundly based mathematical rationale behind the UK’s two-metre rule for social distance during the pandemic. It is that Brits leave school too ‘thick’ in terms of mathematical comprehension to understand or visualise a distance of one metre.

‘We knew it [the required social distance] was one metre but we doubled it to two because we did not think the British population would understand what one metre was and we could not trust them to observe it, so we doubled it to be on the safe side.’

This is the explanation provided by Professor Robert Dingwall, who has been advising government on epidemic preparedness since 2018 and feeds advice into our policy-determining Scientific Advisory Group for Emergencies (SAGE). He was being interviewed for the Daily Telegraph’s political podcast. The newspaper does not appear to have spotted the importance of its own, slightly hidden away, discovery. It comes at around 19 minutes into this video, with the whole interview starting four minutes earlier.

The British Weights and Measures Association (BWMA) has brought the professor’s disclosure to the attention of its supporters and asked them to write to their MPs. It has also asked the prime minister to comply with World Health Organisation guidance by reducing the distance to one metre and providing the measure in feet. Using the imperial measurement, the association argues, will be helpful to the older and most at-risk generation. The metric system was not necessarily taught at school in their day.

The BWMA advice is sensible enough but it does not address the heart of the problem highlighted by Professor Dingwall. Too many Brits, of whatever generation, are unable to cope with simple maths such as understanding even the most basic measurements.

This should not come as a surprise. Reality has a nasty way of over-turning dogmatic claims about the quality of our education system, especially in terms of mathematics. When the new GCSE maths exam results were published in August 2017 the Times reported: ‘Leading exam boards reduced pass marks for the new GCSE maths exam to as little as 15 per cent so that enough pupils made the grade.’

The grade boundary for a pass in the most recent GCSE maths exam sitting (November 2019) has risen – but only to 18 per cent. In truth, this should be labelled as a certificate of incompetence in the subject rather than celebrated as a success and as a passport into the professions.

A stunning example of growing innumeracy has been the decision by many schools to remove analogue clocks from examination halls because teenagers are unable to tell the time.

It is not so long ago that I was teaching seven-year-olds in a private school how to tell the time on both analogue clock faces and digital devices. The fact that the ancient Babylonian mathematical base of 60, which underpins both analogue clocks and the measurement of angles, has more factors that the metric 100, provided some interesting investigations for younger children.

Although it is supposed to be part of the mathematics national curriculum for primary school children, accessing such knowledge is now be deemed too challenging in many schools, even for older pupils.

Small wonder, then, that reducing the social distancing rule to 1m, and thus making it easier to restore some kind of normality to everyday life, is still regarded as beyond the boundaries of the mathematical comprehension of the average Brit.

One metre, though, has been enough for the likes of Singapore, China and Hong Kong. Taiwan’s world-leading success in combating Covid-19 has been based on social distancing of 1.5m indoors and 1m outdoors. In South Korea the rule is 1.4m. Just imagine us Brits trying to work that one out! It so happens that these states are also leading the field when it comes to mathematical attainment in schools.

How demeaning and shameful it is that UK decision-making over social distancing rules appear to have been shaped, in part, by failures in the teaching of basic mathematics over several decades.