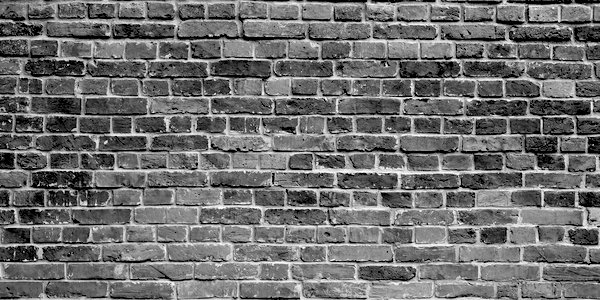 AS ever more draconian, but substantially unenforceable, restrictions on our liberties were imposed by the Johnson Junta last week via Lockdown 2.0, the mooted opposition to them from within the ranks of the supine, compliant, party-before-country, time-serving, careerist lobby-fodder which makes up the majority of the ‘Conservative’ Parliamentary Party collapsed.

The ‘revolt’ by a threatened 80 melted away to a mere seven, on no more than a vague promise to ‘consult’ them in future.

Not for the first time, Tory MPs sojourning comfortably in their gilded bubble, banking on the four years before the next election dulling the electorate’s memories, are behind the curve at recognising the disillusion and contempt growing among their loyal supporters at their failure to challenge the Johnson Junta’s headlong embrace of economically and societally damaging illiberal authoritarianism, based on increasingly questionable scientific advice.

Outside the MPs’ cocoon, the patience of even their longest-serving members appears to be waning fast. As I found out in microcosm a few weeks ago, when my BFF’s mother was down from the Red Wall North visiting her daughter on the South Coast.

Violet (not her real name) is in her mid-80s and is impressively – almost frighteningly, if truth be told – switched on politically, with a mind like a razor. To give a flavour, last Christmas Day, after I’d been asked by her daughter, my lunch hostess, to keep off politics for the day as her Mum had that year been widowed, she greeted me with: ‘Mike! Happy Christmas!  Now tell me: were you still oop on Election Night when that dozy Swinson lost her seat? Wasn’t that great?’

She and her late husband were stalwarts, even officers, of the ‘Conservative’ association in their part of the North until, as she puts it, even they could stomach Cameron and his Notting Hill metropolitan-‘liberal’ dilettante chums no longer and resigned. She attended the infamous Tory Party conference of 2002, being in the audience when the then party chairman, one Theresa May, scowled at the assembled delegates as only the surly daughter of an Anglican vicar can, and scolded them that they were, in reality, the Nasty Party.

Violet’s opinion of the MayBot is, shall we say, not high. She met May when the latter as party chairman visited her constituency party association, and she claims never to have encountered anyone so taciturn, uncommunicative and non-committal, especially when supposed to be boosting morale among the party in the country and rallying the troops to greater efforts. On the evening May was appointed Home Secretary by Cameron after the 2010 General Election and its subsequent days’ horse-trading with the LibDems, Violet telephoned me with this gem:

‘Theresa May? Home Secretary? Theresa Bloody May? She’ll be a disaster!’

By ‘eck, she weren’t half right, weren’t she?

Violet’s Northern constituency is one of those Red Wall seats which went Tory for the first time in decades last December. However, the council in the town on the outskirts of which she lives is solidly Labour, and very concerned not to offend, and even to appease, a large and growing ‘Asian’ population, on which demographic it increasingly depends for votes.

That ‘Asian’ community is disproportionately concentrated in one locality and is characterised by large extended families, a high occupancy rate per home, a high degree of social interaction, and a reluctance to abide by laws and regulations where they conflict with or impede the community’s religio-cultural practices.

Particularly during Ramadan, which this year ran from April 23 to May 23, much socialising was allegedly prevalent in parks and open spaces for the post-sunset Iftar fast-breaking evening meal, with not only scant regard for social-distancing guidelines but an indulgent, hands-off, non-interference policy from the constabulary, in contrast to the heavy-handed authoritarianism with which separation was policed in other parts of the country.

So it’s perhaps not surprising that that specific locality emerged as the area’s coronavirus hotspot during the late-March to early-July lockdown. Disaffection set in, Violet averred, when it became apparent that, while the remainder of the area was nowhere near as affected by Covid-19 as the hotspot, the entire community nevertheless had to suffer the consequences.

To say that the Tory support, which rallied to the ballot box only ten months ago, is disillusioned with the Johnson government’s response to the pandemic would be an understatement. According to Violet, the blame is being heaped more or less equally on Johnson and his Cabinet for slavishly following ‘the science’ which has turned out to be questionable if not flawed, and on the council for not making a case for exempting the non-hotspot part of the area from the full panoply of lockdown.

In short, the locals who, for the first time in decades, voted for the Tories last December think the Tories have made a mess of it, and furthermore, have little understanding of, let alone sympathy for, the plight of people in the medium-sized Northern towns. December’s ‘Conservative’ vote was probably a high water mark never again to be achieved.

It might be tempting to write this off as purely anecdotal. But it increasingly appears to be backed up by empirical evidence. Regular pollster (Lord) Michael Ashcroft’s recent survey of voter opinion, ‘A New Political Landscape’, has found that, although all isn’t necessarily lost for the Tories, voters have definitely turned. In the Daily Telegraph, Big Brother Watch’s Silkie Carlo states that last week’s Parliamentary ‘revolt’, although it degenerated into a damp squib, ought to be taken by the Tories as a warning that their public is growing restive.

The party hierarchy, in contrast, remains complacently behind the curve. Only days ago, chairman Amanda Milling MP announced with a fanfare that, to show their commitment to and cement what they now presume to call the ‘Blue Wall’ seats, the ‘Conservatives’ would be opening a second party HQ, in Leeds, in 2021.

But if the Tories fail to deliver on Brexit, as they have hitherto failed on coronavirus, failed to control illegal immigration and failed robustly to defend our history, culture and heritage from the depredations of the Woke-Left, it will all be too little, too late, and a waste of time and effort. The Tories’ Red Wall votes will have gone.