The Remainiac solution to Brexit – sack the voters 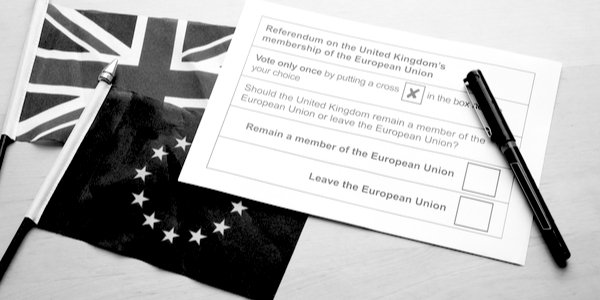 ‘Would it not be easier,’ wrote Bertolt Brecht after the East German uprising in 1953, ‘for the government to dissolve the people and elect another?’

And this, let’s face it, is the siren call of the Remainiacs. This is what the New Europeans, the ‘human rights’ barristers, the professors who suffer from Brexit derangement syndrome, and all those people with #FBPE in their Twitter handle really muse about in the dark of the night – if only the government could dissolve these Brexit voters and have a different electorate, a second referendum, a ‘People’s Vote’, the nightmare would be over. Some even bet on enough Brexiteers dying off in time for this Brexit thing to end.

Take Peter Mandelson, who told us all last week that Brexit extremists were ‘nationalists who hated foreigners’. He explained to the Remainiac of the Radio Waves, James O’Brien, that ‘these people, these Brextremists, they are not [patriotic]. They are nationalists in the sense that they hate other countries and they hate foreigners. That is, in my view, what motivates them and drives them.’ Ah, impugning the motive of your enemy. Always a sign of desperation.

It is true that Mandy does love the foreigner, for it was himself and Blair who opened the British borders and increased immigration on an unprecedented scale under New Labour. If these two fools had shown some prudence on the matter and decided not to dissolve the people and import another at such speed it is highly unlikely we would be in this mess. But they did open the borders, and here we are.

You remember Mandy from his days in the New Labour government, don’t you? He had to resign, not once, but twice. The first time he was undone was with the revelation that he had bought a home in fashionable Notting Hill with the help of an interest-free £373,000 loan from his millionaire ministerial colleague Geoffrey Robinson.

The problem was that after joining the Cabinet Mandy did not bring the loan to the attention of his Permanent Secretary, even though Mr Robinson’s business links were at that time under investigation by Mr Mandelson’s own department. A simple oversight, could happen to anyone.

In addition, when Mr Mandelson filled in a Britannia Building Society mortgage form to buy the house in 1996 he failed to mention the loan. Nor did it appear in his entry in the Commons Register of Interests. But you know how easy it is to forget an interest-free loan of £373,000 when applying for a mortgage. Sure, it’s small change, we all know that.

Back in the Cabinet after ten months, Mandy then had to resign as Secretary of State for Northern Ireland in 2001 following accusations that he used his position to influence a passport application. He was subsequently exonerated of any wrongdoing, I do believe, but you know – it’s not a good look.

Mandy then became a European Commissioner and ended up in the House of Lords. Of course – they all end up there, the usual suspects. In no way is Mandy a good representation of the ‘vermin in ermine’ as the most distinguished members of the House of Lords are sometimes referred to.

So there it is: can the establishment once and for all dissolve the people and elect another? That in a nutshell is what Brexit is all about and it is why May must not retreat.