NewsPaperthe art of publishing
HomeCOVID-19The revolution? We’ve just had it
312

The revolution? We’ve just had it 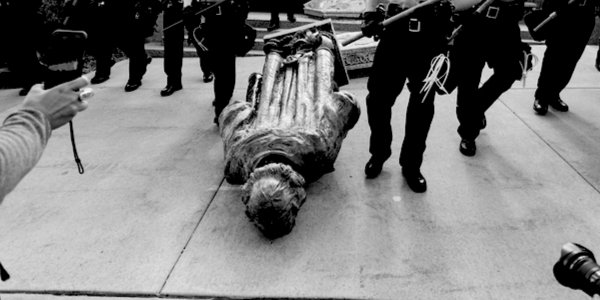 I WAS standing at the bar in The Pilot pub in Eastbourne with my pal Tim. I asked him: ‘What did you think of the revolution?’

‘Which revolution would that be then?’

‘The one we’ve just lived through.’

He looked at me as if was only 50 pence to the pound and asked me to tell him what the hell I was talking about. What follows is my attempt at an explanation …

You must have noticed the prevalent usage of the word must, as in, ‘the universities must do something to get rid of this cancel culture’. But they won’t.

Priti Patel must stop the sociopathic nutters in Extinction Rebellion and Insulate Britain gluing themselves to the motorways and stopping all the traffic. She won’t.

The schools must stop letting children as young as six decide to change their sex. They won’t. All this rewriting of history and turning heroes such as Francis Drake and Winston Churchill into villains and non-persons must come to an end. It won’t.

They’ve got to stop tearing down statues. They won’t.

D’you get the picture? Those things – and of course I could give you many more examples – were the works of the revolution, and now that it’s happened there’s no going back.

That’s what revolutions are like. The ideas behind them will obviously have been brewing for some time, but when it comes, the revolution breaks out suddenly and in next to no time its success is achieved.

I can offer a comparison which cannot be exact in every detail, but pretty damn close.

The Reformation of the 16th century broke upon the people of Europe with terrifying suddenness. All at once, or so it seemed, the cathedrals and parish churches were stripped of their vestments and ornaments.

Altars were broken up and the material used as paving stones. The Mass was banned and the severest penalties prescribed for those who tried to celebrate it in secret.

The liturgy was parodied and blasphemed as a pantomime was made of hoc est enim corpus meum – this is my body – which became hocus pocus. The Holy Communion Host and the wafers were abused in ways too foul to mention here.

Then as now, bewildered and frightened people exclaimed, ‘The authorities must …’ But the authorities didn’t. They couldn’t, for they were simply ignored. In truth, the authorities no longer existed. Or rather they had been replaced by a new form of authority.

What was then is now. In that horribly overworked phrase, we are in a new normal. The 16th century Reformation profoundly changed European civilisation. Now the cultural Marxism of Woke Revolution has conquered the whole of the Western world.

It is endemic and it will not go away. All those activities I mentioned at the start of this article are going to be with us for the foreseeable future. And look out, for they will intensify and get much worse.

The Europe of 1561 was unrecognisable to those born earlier in that century. Similarly, the world we now inhabit is nothing like the world we lived in before – so to speak – a week last Tuesday.

Those fomenting ideas have solidified and become embedded. They were the ideas of the cultural Marxists: Lukács, Adorno, Herbert Marcuse and the iconoclastic Frankfurt School. These ideas represent the long march that has taken place through all the institutions of politics and public life.

In the 1960s the radical Charles Reich prophesied and explained it far more succinctly than I can: ‘There is a revolution coming. It will not be like revolutions of the past. It will originate with the individual and with culture, and it will change the political structure only as its final act.

‘It will not require violence to succeed and it cannot be successfully resisted with violence. It is now spreading with amazing rapidity and already our laws, institutions and social structures are changing in consequence.’

For those with a yen for technical terms, I have one readily to hand. The phrase is T S Eliot’s the dissociation of sensibility. There was our familiar sensibility, our Blik, our Weltanschauung, our perspective on the world. It has gone, vanished, been destroyed. And there is no more hope of our getting it back than that of the little boy who has seen the toy boat he made out of yesterday’s newspaper go over the weir.

That little lad is in tears. And so am I.