The right and wrong way to fight feminism 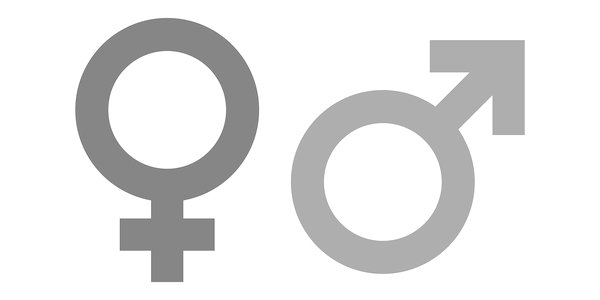 ANTHONY Dream Johnson declares himself ‘First President of the Manosphere’, although it is unclear who voted for him or when he will face re-election. In this role he is organiser of The 22 Convention, a conference taking place in Florida at the start of May, modestly promoted as The World’s Ultimate Event For Women and titled Make Women Great Again.

Over three days, approximately 20 male speakers – presumably the President’s Cabinet – will instruct attendees (‘natural born biological women only’) how to ‘raise your femininity by 500 per cent’, ‘get pregnant and have unlimited babies’ and ‘beat the competition – become the ultimate wife’. These and other provocations can be heard at the ‘mansplaining event of the century’ for only $1,999 or the early-bird bargain price of just $999 (£760).

Those eye-watering figures are not misprints. However, the hefty outlay comes with the guarantee: ‘No longer will you have to give in to toxic bullying feminist dogma and go against your ancient, biological nature as a woman, the men have arrived to help.’

Evidently all the President’s men do not come cheap. If nothing else, one has to admire Anthony Dream Johnson’s chutzpah.

Co-host Susanna Reid could not decide whether to be piteous or apoplectic: ‘What will I learn if I turn up and pay my $999 to be talked to by men about how to be a good woman? Because I think I might need some tips.’

Piers Morgan, though having ‘some issues with the more radical end of the feminist world’, teased his guest for being single: ‘Nobody wants to marry you or be with you, it seems. Why aren’t women racing to be with the guy who can tell them how to lead their lives?’

Realising that he was being gently mocked, Anthony Dream Johnson was a sullen interviewee. Stony-faced throughout, he either has an extraordinarily dry wit or else his deadpan description of the conference speakers as ‘top mansplainers’ is without irony. Whichever, the women who cough up for his conference will surely expect more charisma for their cash.

Nonetheless, although his more outlandish claims make him ripe for ridicule, the flippancy of the GMB interview was unfortunate: behind the highfalutin hyperbole used to publicise his forthcoming convention, Johnson’s thesis that ‘feminists are fighting a war on motherhood, fatherhood and family . . . feminism has collapsed into rampant sexist man-hating bigotry and female supremacism’ is at least worthy of serious discussion.

Fortunately, the segment also contained a corking contribution from Janice Fiamengo, the nonconforming Canadian university professor turned vlogger, who describes herself as ‘contrarian, pro-liberty, anti-feminist, defender of men’s rights, free speech, the principles of western culture, and the right to dissent’.

Those credentials mean she is seldom on British television. Asked ‘What is your issue with the premise that feminism is a good thing?’ Fiamengo answered: ‘Like Anthony, I take issue with the idea that feminism has anything to do with gender equality. If you look back to the roots of feminism, you can see that from the very beginning feminists argued on the basis of female moral superiority and that has been very much the case especially for the last 50 years.’

Although she was not there to promote The 22 Convention,  Fiamengo addressed the broader point by explaining to Reid and Morgan why, in principle, many women might actually be keen to attend such a gathering: ‘You obviously find it odd but a lot of women are quite interested in what men have to say. These are women . . . who appreciate men and don’t see men as their enemy, don’t see themselves locked in a struggle with men and don’t see themselves as the victims of male subjugation or male oppression.’

In short, these are women like Janice Fiamengo who eschew doctrinaire feminism: ‘I would like to say as someone who has been involved in academic work and university teaching for many years, I’ve seen all sorts of workshops and conferences that are designed to help men overcome their “toxic masculinity”. I think that a conference called Make Women Great Again is a lot more benign . . . a conference that is about men and women connecting and talking about love and marriage, and what makes a marriage work, is a lot more positive than what we see now, which is a lot of women telling men what to do in order to be decent human beings.’

Bravo, Janice. Even Piers Morgan conceded that she had made ‘a very fair point’ which, from the habitually quarrelsome host, is praise indeed.

When Anthony Dream Johnson comes up for re-election as President of the Manosphere: Vote Fiamengo!