The rime of the ancient climate sceptic 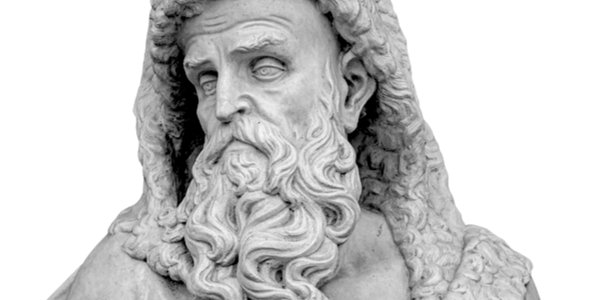 THE COP26 climate conference in Glasgow next month, where Boris Johnson will be grandstanding his bonkers Net Zero plan for Britain, will also feature readings by the winners of a poetry competition.

Contestants up to the age of 25 from all parts of the world were asked to compose verses for the summit on the theme of ‘Poems to Solve the Climate Crisis Challenge’.

The first prize went to a 19-year-old American girl, whose offering is called An Alternative Geometry of the Universe.

Sadly, my multi-poem entry was rejected – the judges said I’m too old, I blatantly plagiarised William Wordsworth, Percy Bysshe Shelley and Thomas Gray, and I ‘failed to embrace the spirit of COP26’.  See if you agree . . .

I wandered lonely as a cloud

When all at once I saw a crowd

A host of monstrous solar panels

Beside the lake, beneath the trees,

Rattling annoyingly in the breeze.

In serried ranks they stretched away

Along the margin of a bay:

Ten thousand saw I at a glance,

Producing power? Not a chance!

The waves beside them danced; but they

Lay row on row quite uselessly

The sky was sombre, murky grey,

Not one photon floating free.

These costly panels brought us nought.

For oft, when on my couch I lie

They flash upon my inward eye

And aggravate my attitude;

And then I don my warmest flannels,

And go out to smash those solar panels.

I met a traveller from England,

Who said: ‘A vast and trunkless leg of steel

Half sunk a shattered generator lies, whose rusted coils,

And twisted shafts, and broken rods,

Tell that its maker well its transience read.

Built in arrogance, by folly fed;

And on the baseplate, these words appear:

My name is Whizzymandias, Turbine of Turbines;

Look on my Blades, ye Climate Deniers, and despair!

Nothing beside remains. Round the decay

Of that colossal Wreck, boundless and bare

The cold and darkened cities stretch far away.’

Elegy in a Net Zero World

The blackout seals the dark of parting day,

Hoping power is restored for tea.

Now fades the windless turbine on the sight,

And all the air a solemn stillness holds,

And everyone is getting coughs and colds

The Teasmade, or the shrill car horn,

No more shall rouse folk from their lowly bed.

For them no more the blazing hearth shall burn,

No coal, no logs, shall blight the Reconstruct

For warmth, each must now take his turn

To be breathed on from a Polo sucked.

In Net Zero World, the future is a dud

Life’s gone from comfortable to crappy

But Gates and Soros tell folks: ‘All is good.

You have nothing and you’re happy.’