NewsPaperthe art of publishing
HomeNewsThe Royals are wearisome, but we must preserve our monarchy
168

The Royals are wearisome, but we must preserve our monarchy 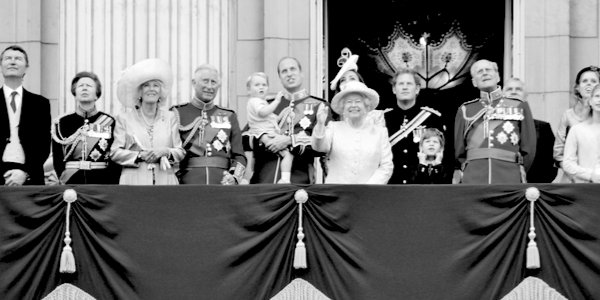 LIKE most Brits, the Royal Family are their own worst enemy. If they find themselves cancelled in the near future, they will only have themselves to blame. And if they think appointing a diversity tsar will save them from ending up like the actual Tsar, they have another think coming.

Since 1997, the Windsors have tried all sorts of elaborate and cringeworthy schemes in their struggle to fit in with the modern world, only to end up being betrayed by one of their own and trashed by Hollywood royalty (Oprah Winfrey, that is).

Two decades and a bit since the death of the People’s Princess, British republicanism hasn’t gone anywhere, and the sad cult of Diana is awake once again, this time amplified by social media ‘influencers’ and their vast armies of on-message normies, who are more detached from reason than ever thanks to the Johnson junta’s 12-month psyop job.

Poor Prince Charles, that well-meaning fool who appears to have heeded no warnings from the loosely based version of him in the TV version of Michael Dobbs’s To Play a King, need not have bothered jetting around the world to spout hot air about climate change.

Nor was Will and Kate’s endorsement of soppy ‘treatment centres’ where activists indulge drug ‘addicts’ ever going to persuade the radical reformers that the Windsors were down with the kids.

The most notable instance of royal pandering was in 2004 when the Queen used her televised Christmas address to tell the plebs that ‘diversity is a strength, not a threat’ (you racists), perhaps hoping to make Islington liberals forget her husband’s past gaffes. Wrong, Ma’am.

The Windsors grovelled to the altar of political correctness in vain. For in the end it was Harry, the spare prince who once rocked up to a party wearing a swastika, and in a separate incident used the racial slurs ‘p*ki’ and ‘raghead’ to describe his peers at Sandhurst, who became crowned the King of woke, defender of the fashionable, by the grace of Oprah.

The rest of the Royals now stand humiliated, accused of racism, as Meghan Markle claims they had concerns about the skin colour of her then expected child, Archie.

Prince William can reassure the world that his family is not racist as much as he wants, but the allegation can neither be proved nor disproved. Some will believe him, and some won’t.

But the leftist republicans who long to dethrone the monarchy don’t care whether or not the racism allegations are true, for the same reason that they don’t care that Prince Harry wore a Nazi costume and called his mate the p-word.

The left has always been happy to make cynical pacts, and will readily team up with Prince Harry despite his past sins. And they don’t care how many Paul McCartneys, Philip Pullmans and Keir Starmers have received knighthoods in Elizabethan Britain because ultimately the hereditary system will always be ‘outdated’.

Many monarchists meanwhile are at the end of their tether, fed up with being loyal to an out-of-touch and increasingly unrelatable monarch who constantly intervenes on the side of dreary establishment wisdom, which among other things simultaneously has it that a criminal drug user is a blameless victim deserving of sympathy, whilst a law-abiding citizen who declines a vaccine is selfish and thoughtless.

Why should monarchists continue to support a spineless family that acts as if interfering in politics is all right as long as they don’t endorse any one of Britain’s identical political parties?

The thought of sending the Windsors packing is a tempting one for many disillusioned monarchists. But it’s still a terrible idea. We cannot guarantee that a nice Oliver Cromwell figure would take their place, and we need only look at the consistent results from foreign countries that have disposed of their monarchs, including ones a great deal worse than our own.

Was the Reign of Terror better for France than the reign of Louis XVI? When Germany axed their monarchy, did they not think they could do any worse than Kaiser Bill?

For all their failings, the Arab kingdoms including Saudi Arabia, Jordan, and Morocco seem to be immune from the endless chaos and instability that plagues the Middle East and North Africa. Japan with its emperor and Thailand with its king both seem preferable to the totalitarian, genocidal People’s Republic of China, not to mention the poverty-stricken Socialist Republic of Vietnam.

Every time a vacancy for power and reverence opens, a monster pounces at the opportunity, and be warned: the spirit of 1789 still rages in the bleeding hearts of many expensively educated and often deceptively feeble-looking British republicans.

Though few of them would have the guts to take up arms and fight a republican cause, as a more charismatic generation of British leftists did in the Spanish Civil War, many of them still think the God-hating, nun-slaughtering Second Republic was a preferable alternative to the monarchy that went before (now reinstated), and shamelessly praise the 1917 Bolshevik revolution, which led to seventy years of terror, beginning with the massacre of Russia’s Romanov dynasty, children included.

As has been highlighted recently, many in Britain’s media covertly supported the terrorist Irish Republican Army, which assassinated the Queen’s cousin Louis Mountbatten a few decades before their chieftain Martin McGuinness was welcomed as an honoured guest to Windsor Castle.

These seething republicans are waiting for the current reign to come to an end, and when it inevitably does, rest assured they will pounce. And we monarchists best be ready to defend the King when they do.

You don’t appreciate what you have until it’s gone.

This article first appeared on the Harry Dougherty Blog on March 22, 2021, and is republished by kind permission.