The school bell tolls for the Tories 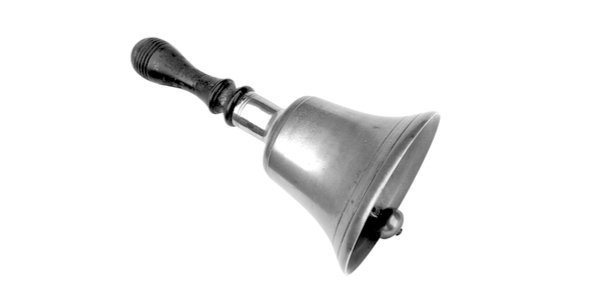 Are the Tories finished? ‘Far from it!’ will be the retort from next week’s party conference in Birmingham. ‘We are ahead in a majority of opinion polls, we do not have Jeremy Corbyn as leader and we are not tainted by anti-Semitism. Nor are our economic policies grounded in failed Marxist-Leninist dogma! We have been written off before. Finished? Never!’

All true, of course, but who cares? Not the next generation of voters, it seems – those whom the pollsters overlook. True, not everything is going Labour’s way. At the time of the last general election, Tes (formerly the Times Educational Supplement) collated the results of the many mock elections held in schools up and down the country. Nearly a quarter (24 per cent) of children said that they were not yet committed to Jeremy’s cause. Fifteen per cent even went so far as to declare support for the Conservative Party.

But ‘the future has spoken,’ opined Tes, ‘and politicians would be wise to sit up and take notice.’ Few of the Tory faithful gathered in Brum, however, are likely to comprehend that for them the game is almost up. One more election victory is not impossible but after that – ‘the deluge’. The future is lost for the current creed of Conservatism.

The rot set in at least three decades ago when the Left began to take control not only of what is taught in our schools but also of how it is taught. Comprehensive schools with comprehensive examinations and comprehensive success rates! All of it has been wrapped up in the packaging of political correctness and Left-wing ideology. Want to be a teacher? What are your views on gender, racism and social justice? This is otherwise known as ‘filtering out Tories’.

Not that the use of schools as vehicles for Left-wing propaganda and brainwashing has yet been a total success. Eight per cent of teachers expressed an intention to vote Conservative in the Tes survey! Heavens above, there is much still to do, as teaching assistant delegate Sion Rickard reminded the Labour conference. A ‘proper education,’ he claimed, would mean there would not be ‘any Tories because we’ll have brought our kids up properly’.

If even one Tory voter emerges from our school system it must be regarded as institutional failure.

The Tories have not yet been completely wiped out as an electoral force amongst young people but that day is surely approaching. That any child should emerge from 11 years or more of schooling and still consider voting for the Tories is being recognised as a matter of shame amongst Labour zealots.

Thirty years ago there was an extreme unwillingness amongst Tories to heed the warning given by a few of us in the teaching profession that surrender to the Blob would have disastrous long-term consequences for the Conservative vote. Mrs Thatcher realised too late. If she had survived longer as Prime Minister we would have seen Norman Tebbit at the DfE. Who knows what then might have happened?

Too late, now, Tories, too late! How many party delegates who hear the bells of Birmingham Cathedral will understand for whom they toll? It is today’s children who will decide the future of this country and your educational policies have ensured that they are not with you, and never will be.