The Scots wildcat who learned to roar 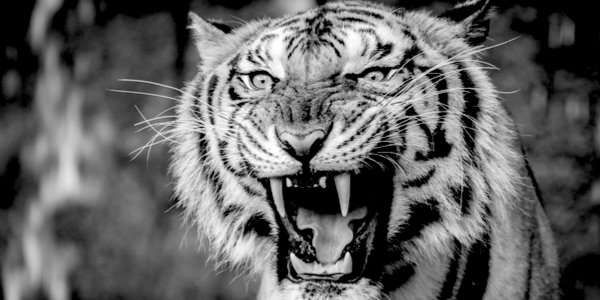 ‘A wise person understands that he knows nothing’ – Socrates

IN March 2020, I retired officially from work, a mix of non-executive directorships and advisory jobs. I kept on a few clients, fearful of becoming invisible, and also because I enjoy being ‘in the world’.

A lifelong reader and a lover of words, as a small child my bedtime reading companion was the dictionary. Now I use stickers on books to record phrases and sayings that impress me. I keep notebooks and I write something every day, often unimpressive; I do not use social media and I do not blog – a word that I find almost emetic.

As a casual reader of TCW Defending Freedom I enjoyed the writing and was impressed by the quality of readers’ comments. Cross at the passing of the Scottish Hate Crime Bill, I sent off a piece to Kathy Gyngell. I thought you might be interested in why I bother to continue.

Firstly, I believe in freedom of speech. I believed in it long before the Human Rights Act articulated it in Article 10, which is nonetheless worth repeating in these dark days: ‘Everyone has the right to freedom of expression. This right shall include freedom to hold opinions and to receive and impart information and ideas without interference by public authority and regardless of frontiers.’

The Dutch philosopher Baruch Spinoza had pre-empted the HRA in the 17th century by stating: ‘In a free state, every man may think what he likes and say what he thinks.’ I consider TCW to be one of the few remaining authentic attempts to maintain that standard and I am grateful for it.

Second, we are living through extraordinary and dangerous times. I do not understand entirely what is happening, but something is going on and it is not good. I have lost any residual faith that I had in politics. It is a moral duty to articulate what is going on.

Bewildered and increasingly disturbed by events, I write about Covid: Where it came from and how our leaders have reacted to it, to learn and check my own prejudices, to shape my thinking. I discuss ‘Project Fear’, ‘nudging’, mandatory masking, experimental gene therapy passed off as ‘vaccines’, the decay of the NHS and the constant chip-chipping away of our freedom – because not to do so would be cowardice. This is my small political protest.

Third, I know that I have the capacity to recognise unpleasant matters and to investigate where the truth might lie. There are objective truths that are being suppressed and they need to be rediscovered and protected. I am a sceptic by nature, I think – likely genetic, with a compulsion to ask awkward questions – the why and the who, etc. These are not always beneficial traits, either in personal or corporate life, as there are those who do not care to make the distinction between scepticism and cynicism, but this is my armoury.

Fourth, I consider that many others can see what is beneath the Emperor’s new clothes, but are not in a position to describe it – still in employment, maybe? Farcical does not begin to describe the goings-on in the corrupt court of Mad King Boris or the plotting, posturing, and venal charade that is Sage ‘science’, public health leadership, and disappointingly, much of medicine. Every arrow aimed in their direction may strike a small blow against their incipient tyranny.

Fifth, I feel it is crucial to continue to rail against the collapse of our national institutions: a parliament that has been emasculated and robbed of purpose; a House of Lords that has been missing in action; churches that do not minister to those in need; an education establishment that does not educate; science that has been bought by Big Pharma; journalists who deal only in propaganda; a healthcare system that offers little health and less care – the sedative drug Midazolam, DNAPR (do not attempt cardiopulmonary resuscitation) notices; the poisoning of our children with ‘vaccines’ without full market authorisation, and a police service that does not serve the people.

These British institutions were hard won and their price in our ancestors’ blood and toil was too high to permit them to fall to the criminal New World Order without defence.

Sixth, the US civil rights activist Rosa Parks said: ‘I have learned over the years that when one’s mind is made up, this diminishes fear. Knowing what must be done does away with fear.’ Like Rosa, I have made up my mind – but I remain fearful. I have a husband and adult children making their way through their own lives. I worry about them being tainted by association – about my blighting them – but I am a Scots wildcat and will fight to give them a free and democratic society.

Above all, Ioftenworry that I might be wrong in my judgment and that what I write in public, albeit to a restricted, self-selected, intelligent group, might detract from people’s wellbeing rather than enhance it.

Seventh, I know that I am not Rosa Parks. I have never considered myself to be brave. I love learning and I enjoy a thing done well. Like TCW’s constituents, I am interested in a great many things.

As the Greek poet Archilochus wrote: ‘The fox knows many things, but the hedgehog knows one big thing.’ I am humble enough to recognise the bits and pieces of my knowledge and to appreciate my limits. I leave the ‘one big thing’ to others.

When I make a mistake, which I have done, corrective advice from readers has usually been given in good grace. I am constantly impressed by the range and depth of their knowledge and the many true experts hidden among their number: I thank them for their counsel.

Most of all, the editorial expertise and hard graft of Kathy Gyngell and her TCW colleague Margaret Ashworth have stunned me. I never understood what an editor did before, but they are true alchemists, turning base metal into gold, day after day: they are heroines.

In sum, my effort is a small brick in maintaining our defences against the onslaught of the ‘New Normal’ – a marker signalling ‘this far and no further.’ I speak up because I am compelled so to do and thank TCW for the platform.