The Six Podcasts of Christmas 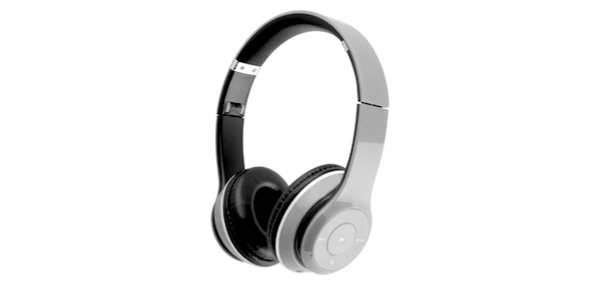 Both leading up to and during these dog-days between Christmas and New Year, it’s more usual to find reading recommendations rather than listening recommendations on your preferred political websites. I’m hoping to add my own ‘What I’m reading over this Christmas’ in the next few days but as an interim measure, and maybe also to break the mould, here are six podcasts well worth, in my view, catching up on.

Among the most compelling Brexit-related podcasts around in the past year have been those by Briefings For Brexit, the group of pro-Brexit academics set up specifically to make the robust analytical, intellectual and constitutional case that perhaps sometimes goes by the board in the frenzy of 24/7, immediate-response politics.

The last six have been particularly good –

On 16th November, Professor Gwythian Prins gives one the most comprehensive, but also one of the most clear and lucid, expositions I’ve yet heard of the enormity and scale of the deliberately engineered surrender to Brussels involved in Theresa May’s ‘Withdrawal’ Deal.

Additionally, the details of how the associated below-the-radar subordination of our Armed Forces to the incipient EU ‘Defence Union’ both undermines NATO and jeopardises the UK’s crucial Five Eyes security and intelligence partnership with our Anglosphere allies are quite horrifying.

On 29th November, long-time Eurosceptic Tory backbencher Sir Bernard Jenkin not only backs up Professor Prins on May’s proposed ‘Withdrawal’ Agreement, especially on the Northern Ireland backstop, but also demolishes the scaremongering forecasts put out by both the Treasury and the Bank of England, before warning of the political and economic dangers of being locked into the EU’s Customs Union virtually in perpetuity.

On 7th December, Professor Robert Tombs outlines the already political, and potentially constitutional, crisis in the way Britain is governed resulting from the Government’s handling of Brexit and dangers inherent in the growing demands for a second EU Referendum, aka ‘People’s Vote’, from an overwhelmingly-Remainer political, media, academic, cultural and business elite who refuse to accept the 2016 EU Referendum’s outcome.

On 11th December, another long-time Eurosceptic Tory backbencher, Anne-Marie Trevelyan, emphasises the further surrender of sovereignty implicit in May’s ‘Withdrawal’ Agreement, and explains why May’s decision to cancel at short notice the Commons vote on it, because she was almost certain to be defeated, passed up the opportunity to send a strong signal to the EU that the Agreement is unacceptable.

On 14th December, a third long-time Eurosceptic Tory backbencher, David Jones, argues that May’s relatively narrow margin of victory – once the payroll vote is taken into consideration – in surviving the vote of no confidence in her leadership means that she must ditch her failed ‘Withdrawal’ Agreement and begin negotiations with the EU for a CETA agreement similar to the one it recently signed with Canada.

Finally, on 20th December, Baroness Ruth Deech, lawyer and a Eurosceptic for at least 25 years, warns about the lack of a UK opt-out from the Northern Ireland backstop in May’s Agreement, and the continuing jurisdiction of the European Court of Justice (contrary to May’s claims) over the Agreement and our future payments to the EU.

The six podcasts are easily stitched together into a single continuous playlist, especially if you use a podcast management app such as Overcast or Podbean, both of which in my view are superior to Apple’s proprietary one. They add up to 2 hours 43 minutes. Not as long, in fact, as even two of those serially-regurgitated old films which lazy TV schedulers have decided to bombard you with over the festive period.

So, a suggestion: plug in the headphones and listen, either as an alternative to sitting in post-prandial torpor through the umpteenth replaying of Love Actually or Pirates of the Caribbean, or as a catch-up opportunity while driving home after gratefully bidding goodbye to Mother-in-Law for another year.

The cumulative effect of listening to the podcast interviews in succession, rather than spread, as they might normally be, over five weeks or so, is significant. It brings home starkly the enormity of the confidence trick which May and her acolytes are trying to play on us. When politics resumes on 2nd January 2019, we still have a massive fight on our hands to prevent the most egregious betrayal.

Share
Facebook
Twitter
WhatsApp
Email
Previous articleA Christmas read: Oh to be in Otterbury
Next articleTCW’s top reads of the year: 5 – How Peterson silences the silencers