NewsPaperthe art of publishing
HomeNewsThe solace of a cemetery
0

The solace of a cemetery 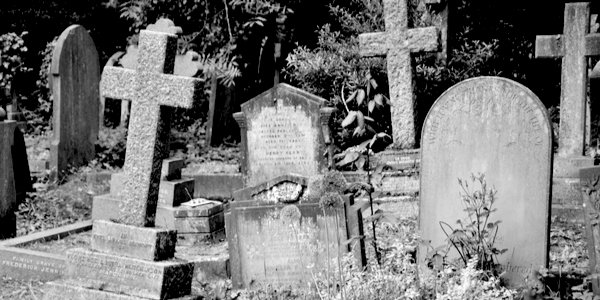 WE have lived at the same address for the best part of 46 years and a feature of the estate is that it abuts a cemetery, a side entrance to which is a walk of less than five minutes from our front door. When we moved in there was the inevitable joke about being in the ‘dead centre’ of town. And, of course, that is where cemeteries used to be, with the living and the dead in close acquaintance with one another.   As my wife and I walk to the shops the cemetery provides welcome shelter from the busy main roads; and if it once struck us as a bit grim walking through a cemetery it doesn’t now. In fact, I think it has done a good job on reminding us of our own mortality.

The cemetery also provides for a more personal act of remembrance: my paternal grandparents are buried there, as have been my own parents for the last five years. My grandad was the gentlest of men and, like so many others, it was said of him that he was never the same after the war (First that is). Apparently he was in a forward foxhole, his job to snipe at the snipers. Imagine the strain. If you want a picture of him, watch Betjeman’s North Lew. Early into the film, to the pastoral beauty of Delius, an old boy walks steadily up a cobbled village street – that’s my grandad to a ‘T’.  In the Second World War my father joined up as a 17-year-old cadet with the RAF, not waiting to be conscripted, and then survived his aircraft being shot down. He had been told, at the age of 14 with all his other rural school classmates, that he had two options – work on the land or work in a factory; he ended up as a senior lecturer in electronic engineering. So I’m pleased to have my relatives nearby and have memories revived.

Not far into the New Year I was walking towards my parents’ grave to check on the state of the flowers I had left for their wedding anniversary. At this grim time of the year, when the living seem somehow nearer the dead and vice versa, a bit of colour would cheer us all up. In fact, so many of the graves have flowers it can be quite a cheerful place to walk through. However, there is no getting away from the true nature of its function, and as I was walking I heard a voice and saw a small group of people around a grave – it was a youngish woman speaking: ‘How are you, Nan? Did you have a nice Christmas? We miss you, Nan.’ As I said, at this time of year the dead and the living seem closer together, and that is how it should be. 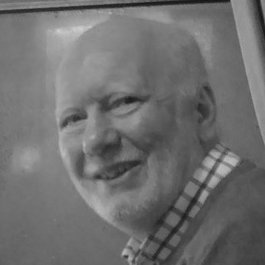