The Steyn on David Cameron’s reputation 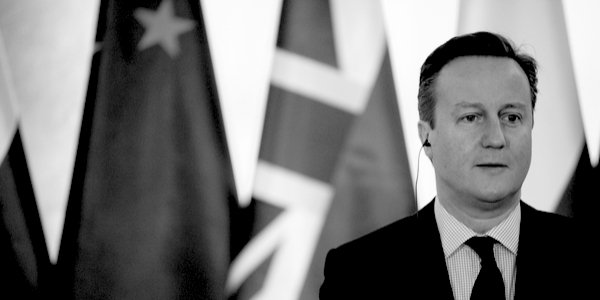 DOES the name David Cameron ring a bell?

Come on, it was not so long ago that the bargain-bin Blair was prime minister for six years. You remember him: for a decade he led the Tories, posing as a Conservative while desperately seeking approval from the BBC and the Guardian, but ultimately was despised by Left and Right alike. He’s the chappie who, in his first conference speech as party leader, declared there should be no more ‘banging on about Europe’, only to facilitate the vote to leave the EU which our political class is now working overtime to thwart.

Repudiation of no-deal Brexit by a Parliament rich in Remainers, unable to countenance the UK being other than an EU protectorate, has brought back into focus the now hollow words of Prime Minister Cameron. What duplicitous Dave had regarded as a pre-referendum threat was taken by Leave voters, naively, to be a promise:

‘It will be your decision whether to remain in the EU on the basis of the reforms we secure, or whether we leave: your decision – nobody else’s. Not politicians’. Not Parliament’s. Not lobby groups’. Not mine. Just you: you the British people will decide.

‘At that moment you will hold this country’s destiny in your hands. This is a huge decision for our country, perhaps the biggest we will make in our lifetimes. And it will be the final decision.

‘When the British people speak, their voice will be respected, not ignored. If we vote to leave, then we will leave.’

WATCH | "Your decision. Not politicians. Not Parliament. Just you." This is what we were told by the leader of our country when casting our vote.

Three years on and Parliament has voted to ignore the People.

In February 2016 Cameron told the Commons: ‘If the British people vote to leave, there is only one way to bring that about, namely to trigger Article 50 of the treaties and begin the process of exit, and the British people would rightly expect that to start straight away.’ Furthermore, when interrogated on TV dishonest Dave agreed that this would mean invoking Article 50 within days: ‘If the British people vote to leave, that is what we must do. What will happen next [is] you have two years to negotiate. At the end of those two years you are out and you have to operate under World Trade Organisation rules.’

If only. Rather than ‘straight away’ trigger Article 50, David Cameron instead, in the words of Mark Steyn, ‘came out and announced he was having a big old hissy fit and resigned’.

‘Contemptible’ Cameron, who for Mark Steyn epitomises ‘why people hate politicians’, prominently features in the new edition of Mark’s Mailbox, the latest video supplement to his regular audio Q&As.  (The title of the video, Heather Has Two Imams, is taken from Steyn’s exposition, during the opening minutes, that ‘[in] identity politics there’s always a hierarchy . . . Islam is at the top’.) Almost three years after David Cameron petulantly ‘flounced off’, Steyn identifies ‘that fact, that action, that immaturity, that stupid spoilt brat move’ as the beginning of the Brexit betrayal which remains ongoing.

[From 05:00] ‘It never occurred to him in his wildest dreams that he would lose that referendum: he lacked the imaginative capacity to conceive of David Cameron losing. He had, like so many other politicians, an indestructible sense of his own indispensability and so he took it personally . . . For God’s sake, man, what is wrong with you? It was part of your election platform: you owed it to the British people, having given that referendum, to deliver on the result . . . But because he was too contemptible and dishonourable a twerp to do that, he set in motion a staggering three years of chaos.’

For all that, and despite often seeming to be a droll doomsayer, Mark Steyn still takes encouragement from the result of 2016 EU referendum. That and the election of Trump – or more accurately, the defeat of what Hillary represented (‘Trump won Florida and she took the express elevator to the basement of history’). Contemporary culture and politics appear to ratchet Leftwards; nonetheless, in answer to the final question Steyn surprisingly declares himself still to be an optimist (from 21:00).

Earlier in the broadcast Mark had explained how he happened to be in London on the evening of the referendum. Switching on the BBC – ‘that was my first mistake’ – he found Nigel Farage appearing to concede defeat. Unable to face ‘six hours of David Dimbleby gloating’, Steyn switched off and retired to bed ahead of his early flight to Dublin. ‘I got up early in the morning and switched on just as the ashen-faced BBC panel were announcing that the British people had voted to overturn the entire thrust of post-Second World War British foreign policy.’

Thus in answer to the final questioner, who observed ‘you seem very pessimistic on Western civilisation’, Mark offers the reassurance: ‘Nothing is pre-ordained and I do remain an optimist. I’m pleasantly surprised sometimes, as in the Brexit vote. I went to bed fatalistic, woke up and had the biggest laugh of my life. I was roaring my head off with the cab driver as he took me to Heathrow.’

Had he experienced the same exhilaration as Leave voters felt that morning, Mark Steyn could have flown unaided.

At least until David Cameron began the prolonged clipping of Brexiteers’ wings.