The Stonewalling of satire 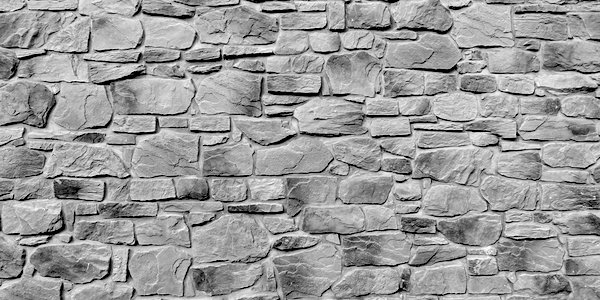 Satire is dead in the UK. For all Ian Hislop’s recent writing about the great history of our past fearless satirists such as Gillray, Swift and Hogarth, talking about their bravery in taking on the most powerful interests including the Bank of England and government, his profession now lies scared, fake and conformist. There are now too many ‘no go’ areas where our professed satirists fear to tread. Remember that cringe-making episode of Have I Got News For You when Jo Brand lectured the panel, including Hislop and Merton, on how dreadfully they treated women? Despite being brilliant purveyors of repartee and banter they took their thrashing from the headmistress, hangdog and silent. Jo was beyond any sort of reply; they submitted and tacitly repented of being men.

And that, alas, is the shape of things generally from our satirist Bold Gendarmes: ‘We’re country guardians bold and wary, and of ourselves take good care, to risk our precious lives we’re chary, when danger looms we’re never there.’ Offenbach and Gilbert and Sullivan were indeed great mickey-takers of institutions needing the full treatment. HMS Pinafore on the bureaucrat deadening the Navy: ‘He polished up the handles so carefully that now he is ruler of the Queen’s Naveee’. Hardly anything exists now in the mainstream media to mock, for example, the feminised police and their fear and favour strategies, the feminist movement itself, the politically correct judiciary, the Royal Navy and its iPod-toting sailors surrendering to a motorboat full of Iranian amateurs.

In particular I have not seen a scintilla of satire of Barnier and his EU tactics towards the UK, despite there being very obvious content. The EU is holy ground and a kind of blasphemy law has grown up to suffocate much-needed mockery of this nearly sacred institution. It has after all trashed the economy of one nation, Greece, and is currently threatening another, Italy. Indeed, far from satirising the EU, we get Rory Bremner making speeches in its favour, thus showing that he is not a satirist but an entertainer with Left-wing politics, a propagandist full of favour to his own side. Others are the same, happy to virtue-signal, to mock opponents of political correctness but never the reverse. At this point we should salute the one brilliant and genuinely free-minded satirical columnist, Rod Liddle in the Spectator, Sunday Times and Sun, who will trample on holy ground whenever he sees hypocrisy, oppression and contradiction. Otherwise what passes itself off as satire is almost all culturally Left-wing propaganda.

We are said to live in a secular country where religion is open to criticism and mockery. But we all know this is now not true and that a blasphemy law is in effect now in place, as Boris found out. Historian Tom Holland has made this point about a chill factor being observed. The state will act against critics of any with ‘protected characteristics’ as listed under the Equality Act, and violent threat against authors is not pursued by our bold gendarmes. The UK has form in colluding with the hardline clerics forcing women to wear full religious garb: our troops ‘controlling Basra’ after the invasion of Iraq watched as women, previously free to wear what they liked, were bullied into the full cover-up garb. And the feminists were quiet when Ayaan Hirsi Ali, who made the video Submission as a protest against the treatment of women in her culture, was booted out of Europe. No #MeToo for her, none. And no satirist was free of fear and favour so as to support her protest. Feminism is apparently culture relative, as is freedom of speech. This flows from Tony Blair’s relativist dogma that all cultures are of equal value, and the New Labour/New Tory law that if any offence might be taken by a minority group member with protected characteristics, the weight of our bold gendarmerie will descend upon you and your writings.

Years ago Not the Nine O’Clock News did a spoof of the Ayatollah Khomeini and his bloody revolution. They would be prosecuted today, so watch it while you can.

You can also read the Ayatollah’s doctrines in his Little Green Book, the principles on which the Iranian constitution rests.

Sexuality is another no-go area for jest and mockery, and only Rod Liddle dares to mock the ongoing contradictions now jostling together as regards the Stonewall doctrine on responding to same-sex attraction and the surging transgender response to it, renaming oneself as of the opposite sex to your biological reality. Stonewall is now in trouble after adopting the transgender movement since homosexuals, particularly women, are rejecting the idea that a person can suddenly ‘become’ a woman. The state, yet again under a ‘conservative’ administration, accepts every activist proposal which pops up – more of Mrs May’s triumphs in making the UK more and more state-controlled in matters which are beyond its brief.

To end on a positive note: Channel 4’s ‘All 4’ is re-running Malcolm Bradbury’s series from 1991 The Gravy Train Goes East. Watch it while you can, a genuine spoof on EU and UK ‘pragmatism’ (yes, as in the chicken dance speech!) in its policy towards it. A treat from the author who gave us his novel The History Man lampooning the radical politics still infecting universities from the 70s, again impossible to imagine being made in today’s cultural ‘liberal’ chill. But not funny at all if you are part of the Blob which it parodies.