The suitcase of booze has given me some hope 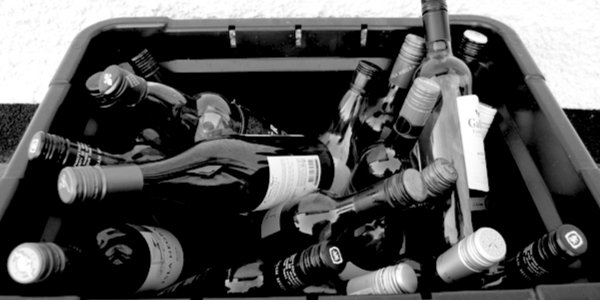 I AM a horrible person, according to the media, for being an ‘anti-vaxxer’. I have become one of those hooligans that decent people with small impressionable children cross the road to avoid. All because I refuse to swallow the lies of mainstream media outlets and hold out my arm for an experimental shot.

Apparently being unvaccinated against Covid makes you part of an unholy alliance with the devil. Even the Archbishop of Canterbury has pronounced damnation on my kind, since he is certain that Jesus would have got jabbed.

So I am a selfish cow. It’s good, then, that I have left the Church of England for greener pastures – a spiritual home in the heights of gritty North London, where people meet without masks, sing songs, hug each other and feed the hungry. It’s all very anti-religious and counter-cultural, and carries the intoxicating whiff of freedom (not to be blamed on the homeless man who sits in the second pew). A number of the congregation in my new church are experiencing desperate life situations, have mental health issues or physical impairments or are struggling to pull their lives together after severe trauma, but nary a woke self-flagellate exists among them.

I doubt very much that Jesus would shun the unvaccinated or order them to remain socially distanced. Nor would he refuse to touch them as he laid hands on the sick for fear of catching a ‘deadly’ virus with a 99.97 per cent survival rate.

It’s constantly stupefying that so many well educated and urbane people have lost their capacity for critical analysis since the onset of Covid hysteria. They resemble walking zombies, like in the Simon and Garfunkel song Sounds of Silence which inspired a revolution for free thinkers to question establishment narratives. The lyrics resonate more than ever: ‘People talking without speaking, People hearing without listening’.

I pity those who have succumbed to fear narratives inflamed by the mass media over the last two years and, having stayed shut in, not daring to take a walk outside, now see videos of their oppressors thoroughly enjoying themselves at drinks parties. Life must resemble a sleepwalk through the wasteland of official lies and deceit for such persons.

The video of Boris Johnson dancing with abandon with the woman brandishing a lightsaber particularly made me chuckle. You can view it here as posted on my Twitter page.

The West is now a populace fed on a diet of patent untruths such as asymptomatic transmission and imminent climate catastrophe with the insanity showing no signs of abatement. As today’s youth are nursed on myths such as systemic racism, patriarchal oppression and gender fluidity, it should come as no surprise that we’re on the path to mass zombification.

But has ‘Partygate’ changed everything? Can it be the dam that breaks and has the floods of reason flowing in after it? As pointed out by Piers Morgan, scenes of Downing Street staff members living it up have in a sense vindicated the anti-lockdown brigade.

The domestic palace coup hasn’t quite worked out as intended, has it? Johnson still in situ and several Covid restrictions revoked. I had a good feeling on New Year’s Eve as I rang in 2022 that this would be the year when finally all this nonsense would end. I got a sense that something bigger was in the works which would reverse course and cause the scales to fall from people’s eyes.

At least I am no longer a lone bad guy – those perpetrators who laughingly creating the rules and summarily broke them are the ones that really are.

Let’s make 2022 the year to bring back parties and stuff this nonsense. And while you’re at it, can you pick up a suitcase of wine and a lightsaber?