The Swiss need the spirit of William Tell

LAST weekend the Swiss voted in a referendum on the country’s ‘Covid pass’ law.  Sadly, the result was not a replay of William Tell standing up to the mighty Habsburg Empire. About 60 per cent of voters backed the law which is essentially lockdown of the unvaccinated.

The campaign has pitted the old against the young, the vaccinated against the unvaccinated, the rural areas (the Swiss-German rural areas tended not to support the government) against urban areas and even neighbour against neighbour.

Having returned to Geneva from the UK some 18months ago because I thought Swiss direct democracy was preferable to the ghastly nanny state of ‘Covid’ Britain and able to vote with my dual nationality, I was gutted by the result. But though the vote passed it was by no means the ‘ringing endorsement’ claimed by the Guardian and BBC. There remains an angry, mostly younger, solid nearly 40 per cent against the measures; hardly a ‘fringe’ movement. The disappointing result was more to do with the short-sighted pragmatism of a naïve and mostly ageing section of the population scared about Covid and falsely believing the restrictions on the unvaccinated will keep them safe.

Many felt the wording of the ballot question was deceptive. It conflated several measures, including provision of financial support for businesses. Restauranteurs in my village, despite having recently lost the custom of the unvaccinated who are no longer allowed in without a Covid pass, felt they were obliged to vote in favour. The past two winters have been hard for them. Two pensioners I do yoga with had already voted by post weeks ago and seemed infuriatingly unbothered by the more profound effects of this vote upon personal liberty and the impact of their choices on the younger generation.

Nowhere in the text were the Swiss directly asked if they agreed to vote for the revolutionary ‘Passe Sanitaire’ and the invasion and control it will enable the State (and Central Bank) to have upon our lives. I can no longer go to church, eat in a restaurant or go to the village Christmas fete because, being unvaccinated and not wishing the State to monitor all aspects of my life, I do not have the Passe Sanitaire. Two weeks ago, while collecting my son from a weekend’s ski training, I was unable to take an elderly person into a warm café for a cup of tea while we waited. I have also been refused entry to a municipal pool on a weekend when I paid for a test and related ‘48 hour pass’ because the last had run out 28 minutes before. This is the cold technocracy that awaits the British if they allow vaccine passports to take hold.

The significance of the Swiss vote was such that three weeks ago Robert Kennedy Jr, who litigates on behalf of vaccine-damaged children and their families and is concerned over regulatory capture of our institutions generally, travelled to Berne to impress upon the Swiss that a ‘No’ Vote could have positive ripple effects for liberty across the world.  He was accompanied by Catherine Austin Fitts, the former investment banker and Reagan-era official, who stressed the dangers of the passport as digital data document to underpin changes to the financial system that the elites want to bring about.  The passport, she stressed, will be about control over all our financial transactions.

Interestingly, the Swiss Covid Law does not expire until 2031, the year after the UN’s ‘Agenda 2030’ ends (though this was not made clear to voters last weekend). One could be forgiven for harbouring suspicions the law is merely a vehicle to roll out the ‘Great Reset’ agenda here in Switzerland. Intrinsic to that is the Central Bank digital currency which the Swiss are ready to launch in January 2022.

Of the two cantons to vote overwhelmingly against Berne on Saturday, both were in the German eastern side of the country and included Schwyz, one of the three founding cantons, which stood up to the Habsburg bully boys in 1291. Although the vote did not go through this time there will be further challenge. I hope the Swiss eventually channel the plucky spirit of William Tell to oust, not only this unjust and unconstitutional law, but today’s version of a bullying and interfering Habsburg Empire which is the unholy alliance of Davos, the UN, the central banks and Big Pharma. The alternative, technocratic inhuman world of the ‘Great Reset’ would be infinitely worse than most people can imagine. 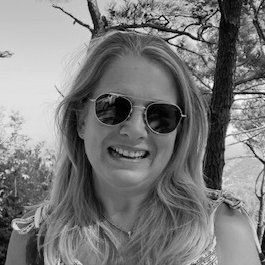 Lucy Morgan Edwards
Lucy Morgan Edwards is a freelance writer who has dual Swiss/British nationality and lives in Geneva. She has spent many years in Afghanistan and is the author of The Afghan Solution (2011).