NewsPaperthe art of publishing
HomeNewsThe toppling of Theresa: It’s not over yet
183

The toppling of Theresa: It’s not over yet 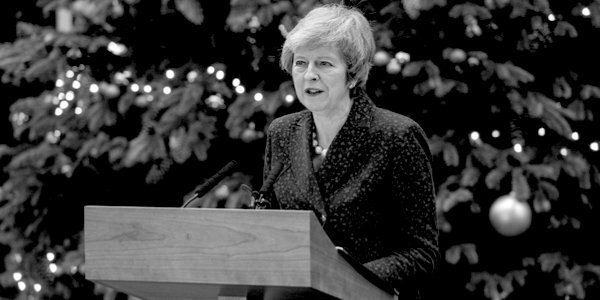 THE most protracted ousting of a Prime Minister in British history is to be followed by the most drawn-out resignation.

Despite Mrs May’s many broken promises – too many to count – we can only hope that this (postponed) promise will prove to be one which she has no option but to keep: that she will indeed have vacated Number Ten Downing Street by the end of July.

It is unusual to say the least. Resigning Prime Ministers normally quit immediately, leaving by Downing Street’s front door with a sad wave to the crowd, to be whisked away in the official car for their last audience with the Queen, never to return, as their furniture and belongings are loaded into vans at the back. Less than a couple of hours later, the cameras will be trained on the new Prime Minister standing on the Number Ten steps waving proudly to supporters until turning to enter the house and his or her new high office.

Only Mrs May unprecedentedly – at least in recent history – has been allowed to dictate the terms of her departure. It does not bode well.

Nor did her speech with its several allusions to the need for compromise; her repeated imputation that the problem still lies with her party and Parliament (not with her) for not falling in line with her phoney BRINO paradigm, the bottom common denominator of which necessarily had to go ever lower. There was no humility at all. Certainly no apology for the abject mess she has dropped the country into. And like her speech on Wednesday, it was revelatory. In that speech her ‘I offered to give up the job I love earlier than I would like’ revealed an almost pathological sense of entitlement and rectitude. Yesterday’s final tears and unrepressed emotion at the end of what one of my colleagues has described as a ‘so-called’ resignation speech were purely of sulphurous, frustrated rage at being forced out, not of regret, remorse or contrition. Her sweetie bag was being taken away and it wasn’t fair!

Someone with this type of psychological illness – and that is what I believe it is – who gives every appearance of behaving normally yet habitually inverts and distorts logic is extraordinarily difficult to deal with. Family and friends often settle for a form of what they delude themselves in turn to be ‘management’. The reality is they are walking on eggshells or allowing themselves to be bullied.

Given the pusillanimity of May’s Cabinet, whether deriving from their respective self-interests or simply not knowing how to force the truth on a deluded woman; given a pathological obduracy that her senior civil servants have irresponsibly supported; and given the ever split opinion in his party, Sir Graham Brady achieved an almost impossible conjuring trick to pull this reluctant resignation rabbit out of the hat at all. We have been hard on him and the 1922 Committee on these pages over the last few days and it has been unfair.

He is an honourable man. Truly (not sarcastically) so. And he’s acted in the most honourable of British tradition of fairness. Let’s celebrate that.

He had to know that he was fairly representing back bench, as opposed to government payroll, opinion. He could move only when he knew he had not just the requisite number of letters in his pocket to change the rules, but when he judged there was sufficient support for a successful vote of no confidence had she decided to brazen it out. In numbers terms, he had to know that there were some 180 MPs who wanted her out. He had to wait till he was certain.

Who would have wanted his job over the last few weeks? Yet he remained calm and implacable and did his duty. He is one politician who deserves our thanks. Yesterday evening he resigned as chairman of the 1922 Committee, leaving him to free him to stand in the leadership election. We wish him well. We could do very much worse than this highly experienced, sound social conservative and Brexiteer.

This is not the time for gloating nor for shedding crocodile tears. The airwaves, understandably, yesterday were filled with politicians and commentators saying the ‘right things’ about Mrs May’s ‘dignified exit’, a final ability to communicate granted too late, the moving expression of her deep emotions, her sense of duty and public service and so on, all things decent people feel obliged to express at such a rite of passage.

And it matters not now whether she was the architect of her own downfall, or whether we feel sorry for her or not, whether she deserves our sympathy or not.

What matters is from here on. And it is this. It isn’t over yet. She and her Number Ten team are in situ for up to two months and what they have promised the EU and Labour we may find to be much more than has yet been revealed. The words in her speech about ‘compromise’ and ‘consensus’ indicate what she may still be planning over the coming two months that she still inhabits Downing Street. You can see her speech here if you missed it and judge yourself.

What matters is whether, over the next two months she remains at Downing Street as Prime Minister, she and her Number Ten team are still plotting to tie the hands of the next Prime Minister and us into the EU? The danger is that we won’t know until it is too late.

What also matters is whether we can we trust any of those lining up to replace her? Boris Johnson has set out a hardline Brexit to woo back the grassroots and the Farage switchers, but Amber Rudd seems prepared to work with him and Philip Hammond may be backing him – so can we believe him?

If he does mean it, he will have to take on the Remainer establishment including not just Hammond and Rudd but the combined forces of BBC, the CBI, the Bank of England and, most difficult of all, the civil service. Will he hold his nerve against non-stop BBC and remainer assertions that No Deal will lead to a General Election before October 31 – one that a remainer Parliament will inevitably call to block that possibility? That remainer commentators will declare to be Parliament’s duty. Will he face them down? We don’t know.

Whether anything yet has been learned about the seriousness of the challenge I wonder, especially after hearing a senior broadcaster like Adam Boulton claiming last night that the Brexit Party is ‘fascistic’ in its intention. I can only suggest that my old colleague of many moons ago at TV-am sit down with the erudite, measured and highly intelligent John Longworth, as I did recently, and review whether his remarks about the party in which Longworth is a prime mover can have any possible justification.

What such comments do reveal is the all-out nature of the fist-fight to come by a Remainer Parliament and a Remainer establishment to deny the referendum result. It is possible we ain’t seen anything yet.

We are not going to continue our daily count but you may be sure we will be keeping a close eye on Mrs May over the next six to eight weeks!