The tragic British ships that helped sink the empire 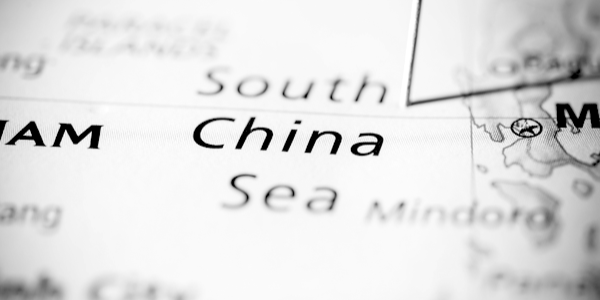 WHEN Royal Navy warships led by the aircraft carrier Queen Elizabeth sailed into the South China Sea last week to the fury of the Peking government, it brought to mind a similar journey 80 years ago by a British seaborne task force which ended in disaster.

In December 1941, as war with Japan loomed, the battleship Prince of Wales, the battlecruiser Repulse and four destroyers were despatched to the Far East by Prime Minister Winston Churchill to stage a show of strength.

Churchill’s hope was that the well-publicised deployment of a strong British naval force would deter the Japanese from invading the colony.

The ships would need protection against enemy planes and that task was allocated to the aircraft carrier Indomitable, but it was ruled out after running aground in the Caribbean. A second carrier, Hermes, was available at Cape Town, but was not deployed because of lack of speed.

Despite the absence of this vital defensive element, Prince of Wales and Repulse headed for Singapore, arriving on December 2 with their destroyer escorts. They were given the designation Force Z.

On December 8 – simultaneously with their air attack on the US fleet in Pearl Harbor, Hawaii, where it was still December 7 – the Japanese began landing troops in northern Malaya, and Britain declared war.

Royal Navy planning had centred on the probability that, in the event of Japanese aggression, America would send a task force across the Pacific to help. In the wake of Pearl Harbor, that would not now happen.

Rather than sit awaiting an enemy assault on Singapore, the Force Z commander, 53-year-old Admiral Tom Phillips, daringly decided to take his ships north along the east coast of the Malay peninsula into the South China Sea to intercept the Japanese transport fleet.

He asked for Hawker Hurricane fighters as protection, but was told there were none available. So Phillips decided to set sail lacking air cover, reportedly saying: ‘Well, we must get on without it.’

He was confident that any Japanese airborne attacks would prove ineffectual. When in the open sea, under power and well-armed, capital ships were generally thought to have a good chance of fending off enemy planes. Prince of Wales, which Phillips made his flagship, was one of the most up-to-date battleships in the world. https://en.wikipedia.org/wiki/HMS_Prince_of_Wales_(53)

Built at the Cammell Laird shipyard in Birkenhead, it had been commissioned only in January of that year, 1941. The 43,700-ton vessel’s main armament was ten 14in guns and sixteen 5.2in guns. For anti-aircraft defence, it had 32 quick-firing 40mm pom-poms and 80 rocket-firing projectors.

The battleship was fitted with sophisticated radar fire-control systems, but these were adversely affected by the tropical climate.

Repulse, although built 25 years earlier, in 1916, also had a formidable array of firepower and because of its light armour was relatively fast and manoeuvrable.

So, under cover of rain and mist, Force Z set forth in search of the Japanese invaders, who were reported to be landing near Kota Bahru, some 500 miles north of Singapore. Had the British ships found the enemy transports, the guns of Prince of Wales and Repulse – which could lob a shell 16 miles – would have inflicted devastating damage.

But by the evening of December 9, Force Z had still failed to locate the invasion fleet. Then, as the weather suddenly cleared at dusk, Japanese reconnaissance planes were spotted. Realising he had lost the element of surprise, Phillips took the agonising decision to abandon his planned assault and return to Singapore.

As Force Z headed back south, it received a report that Japanese landings were being made at Kuantan, on the Malaysian coast 250 miles from Singapore, and on December 10 Phillips turned west to investigate.

If battle was about to commence, aerial cover was now essential. An Australian air force squadron equipped with Brewster Buffalo fighters was available in Singapore which could be over the British ships within the hour.

But, according to naval historian Richard Hough in his book The Hunting of Force Z,  Phillips decided against directly requesting air support, apparently not wishing to break radio silence. Instead, he assumed his second-in-command back in Singapore, Admiral Arthur Palliser, would automatically send planes now that Force Z was seemingly about to engage the enemy.

However, there were no landings at Kuantan – the report was erroneous, fatally so for Force Z. By now, the Japanese knew exactly where the British ships were and launched an all-out assault with their Indochina-based aircraft.

At around 10.15am, a wave of eight Mitsubishi bombers attacked, concentrating on Repulse, which replied with a barrage of anti-aircraft fire. Only one bomb scored a hit, causing no serious damage.

An hour and a half later, 17 more Japanese planes came roaring in – and these were armed with torpedoes. The pilots pressed home their attack in the face of fierce flak from the two Britishcapital ships. Eight torpedoes were unleashedat Repulse and nineat Prince of Wales.

Repulse escaped unscathed, but one torpedo struck Prince of Wales in one of its most vulnerable spots, where the propeller shaft exited the hull. The explosion twisted and ruptured the spinning shaft, splitting its seals and sending thousands of tons of seawater bursting into the engine room and boiler room.

Power was lost for internal communications, ventilation, steering gear, pumps, and for operating the 5.25in and 40mm guns. As the flooding worsened, the battleship started listing to port.

Seeing the plight of Prince of Wales, the captain of Repulse, William Tennant, was desperate to know what had happened to the fighter cover which he presumed Phillips had summoned. His radio operator told him the admiral had sent no signal from Prince of Wales.

Horrified, Tennant broke radio silence and told Singapore they were under bombing attack, giving the location of Force Z. It was the first anyone ashore knew of the battle. The Australian fighters were dispatched, but would not arrive in time to avert disaster.

Aboard Prince of Wales, the crew fought on valiantly as their stricken ship slowed and became unsteerable. A further 26 torpedo bombers came in for the kill, scoring three more damaging hits.

As the battleship struggled in her death throes, the Japanese sent in planes to finish off Repulse. Having dodged 19 torpedoes, she was caught this time by three which fatally damaged her. As she listed heavily to port, Captain Tennant gave the order to abandon ship. Soon after, at 12.33pm, Repulse sank.

Prince of Wales was still limping along and her stricken crew were managing to return some fire at her attackers. Then a Japanese bomb penetrated her deck and exploded amidships. The order to abandon ship was given and at 1.18pm, she rolled over to port, settled and sank. Admiral Phillips and the captain of Prince of Wales, John Leach, went down with their ship.

The following day, a Japanese plane flew over the site of the battle and dropped two wreaths into the sea. One was to honour the fliers who had died, the other to honour the British sailors whose outstanding bravery had earned the respect and admiration of their enemy.

The Royal Navy had paid a terrible price for its improvised sortie. Phillips had underestimated the skill of the Japanese naval air arm in directing the battle and the tenacity and courage of their pilots, as well as the ability of the enemy’s planes to carry out long-range strikes from French Indochina.

The repercussions of the Japanese victory were profound and far-reaching. In London, Winston Churchill – who had sailed to Newfoundland on Prince of Wales to meet US President Franklin Roosevelt for the Atlantic Charter conference four months earlier, in August 1941 – received the news by phone from the First Sea Lord.

The Prime Minister was sitting up in bed, working on government papers. ‘I put the telephone down,’ he wrote in his memoirs. ‘I was thankful to be alone. In all the war I never received a more direct shock.

‘The reader of these pages will realise how many efforts, hopes, and plans foundered with these two ships. As I turned over and twisted in bed, the full horror of the news sank in upon me.

‘There were no British or American capital ships in the Indian Ocean or the Pacific except the American survivors of Pearl Harbor, who were hastening back to California. Over all this vast expanse of waters, Japan was supreme, and we everywhere were weak and naked.’

Most historians blame Churchill for what happened. Despite Admiralty misgivings, he had insisted on dispatching the British ships on an ill-thought-out mission which had no real prospect of deterring a ruthless, determined enemy.

On February 15, 1942, Singapore fell and the British Army commander, General Arthur Percival, surrendered to the Japanese.

As Churchill feared, naval defeat left the Pacific and its peoples open to the tender mercies of the Bushido warriors. It would take a long, bitter, costly slog by the Allies – particularly the seaborne American forces – to retake the lands and islands conquered by Japan.

More widely, the sinking of Prince of Wales and Repulse was a death blow to the era of the battleship as master of the oceans. The Japanese had shown graphically how vulnerable the big-gun, heavily-armoured leviathans were to air attack when not protected by their own carrier-borne planes.

The pivotal battle off Malaya has also been seen by some historians as the beginning of the end of the British Empire. It heartened dissidents in our colonial possessions, shattering the myth of the mother country’s power and invincibility. If Britannia could no longer rule the waves, it could no longer rule an empire.

Eighty years on, the parallel between the voyage of the Force Z fleet and the Royal Navy’s current ‘freedom of navigation’ passage through the South China Sea is, thankfully, just the coincidence of the location.

The deployment of Queen Elizabeth (‘Big Lizzie’) and her cohorts in the nine-ship carrier strike group has infuriated the Chinese, who claim the waters are their territory. But, while Peking has issued dire warnings, a serious conflict seems remote.

Dr Sidarth Laushal, sea power research fellow at the Royal United Services Institute has said: ‘China’s actions have been calibrated as being well below the threshold of anything that would start a shooting war.’