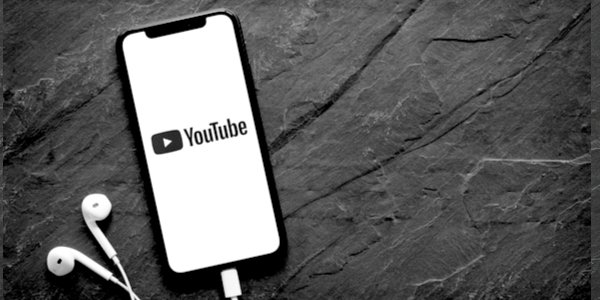 I SPENT part of Monday evening watching the latest interview in the enjoyable TRIGGERnometry series. It was an hour well spent: hosts Francis Foster and Konstantin Kisin conducted an engrossing questioning of guest Posie Parker, introduced as the ‘controversial women’s rights activist’.

At times there were sharp differences of opinion, particularly between Parker and Kisin: the latter admitted to ‘playing bad cop’ and joked that, being Russian, the role comes naturally to him. Nevertheless it remained an intelligent discussion, conducted with courtesy and good humour, from which each participant emerged with credit.

Or so I thought. Little did I realise that the views being aired were about to be labelled ‘hate speech’: having been uploaded last Sunday, within 48 hours the video had been deleted by YouTube because it ‘incites violence or hatred’.

Thankfully, by Thursday YouTube had reinstated the interview, albeit without providing explanation for its volte-face.

Nor did YouTube ever justify the earlier accusation of ‘hate speech’. The alleged offender presumably was ‘controversial’ Posie Parker. Real name Kellie-Jay Keen-Minshull – thank goodness for the nom de plume – the married, stay-at-home mother of four has become an unlikely firebrand who champions the causes of natural born women against trans zealotry. In particular, Parker is protective of single-sex spaces and seeks to defend them from men who purport to be women.

Early in the interview, Parker made plain her position on ‘trans rights’: ‘I don’t know what rights they don’t have, except for the right to invade women’s spaces . . . Transgenderism is to pretend to be the opposite sex, to lie about your sex, and transphobia is the refusal to believe that lie.’

Kisin considered this to be ‘inflammatory language’. On vocabulary, Posie Parker is an absolutist who will not countenance anyone born male ever being referred to as ‘woman’: it was she who arranged for the dictionary definition ‘adult human female’ to be emblazoned on a billboard poster in Liverpool during last year’s Labour Party conference.

Parker is emphatic: ‘trans-women are men’. Yet this statement of fact has become, for those in thrall to the tyrannical trans lobby, a hateful heresy. Posie’s apostasy features in the three-minute preview.

It remains unclear exactly what other ‘hate speech’ by Posie Parker prompted YouTube’s temporary removal of the full broadcast. Saying ‘transitioning children is abuse’ should be uncontentious. There ought to be universal condemnation of ‘children having their bodies mutilated and altered in irreversible ways’ and a general agreement that, in the treatment of minors, ‘people are forgetting their brains’.

Yet as she related during TRIGGERnometry, Posie Parker was interviewed under police caution for tweets in which she referred to Susie Green, CEO of the trans charity Mermaids, having arranged for the ‘castration’ of her teenage son. Parker’s version of the episode can be read here.

Ultimately she was not charged but Parker is permanently banned from Twitter. Shortly before the upload of her appearance on TRIGGERnometry, Parker also was kicked off Facebook.

The smell heightened when YouTube arbitrarily removed the video. One wondered whether Posie Parker was being systematically silenced, simply for speaking on behalf of biological women and expressing what Joanna Williams, author of Women vs Feminism, calls ‘common sense’.

Having had ‘an awakening’ upon realising that she was ‘on the wrong side of the Left’ over transgenderism, Parker had some harsh words for the identity politics of present-day feminism: ‘I’m not a feminist any more . . . because I’ve met too many f*****g women, that’s why . . . the way some women behave in their own movement is shocking.’

Towards the end of her interrogation Parker conceded that previously vilified males are entitled to schadenfreude now that gender-critical feminists are the ones being ordered to keep schtum, this time by the advocates for women-with-penises.

Amongst those whom the men-masquerading-as-women wish to silence is Posie Parker. Whether or not one agrees with all, or even any, of what she says, her legitimate opposition to trans tyranny is not ‘hate speech’ – which YouTube reluctantly has conceded.

The full TRIGGERnometry interview with Posie Parker – restored to YouTube! – can be viewed below. (Warning: contains occasional use of the F-word.)