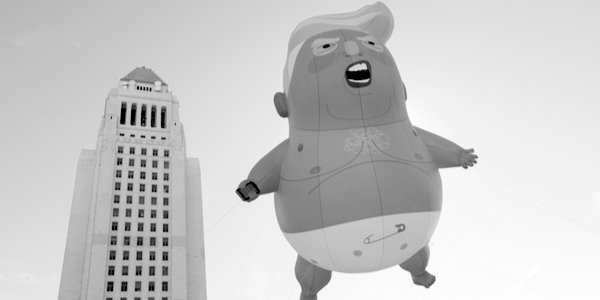 IT IS exactly thirty years since the Chinese government under Deng Xiaoping decided enough was enough. On June 4, 1989, the tanks rolled into Beijing’s Tiananmen Square and opened fire on the tens of thousands who were part of the student-led demonstrations calling for democracy and an end to corruption. It was a brutal crackdown that shocked the world.

Those of us who watched the weeks of escalating unrest felt a mix of hope, anxiety, admiration and awe as we witnessed it on our TV screens, including Tank Man, the slender young man carrying shopping bags who stood in front of the military hardware crawling towards him. Even before this particular brave soul became an iconic image, we knew we would never forget him.

What happened next, turning the feelings of the world to horror, fury and revulsion, is well known however much the Chinese Communist Party may pretend nothing happened. Move along, nothing to see here. It has never been possible to verify the numbers, but the toll of those massacred by the Chinese communist authorities is widely believed to have been in the thousands. Nobody knows what happened to Tank Man, but it wouldn’t have turned out well. Life was cheap in China then, as far as the Communist authorities were concerned, and there is nothing to suggest things have changed on that score. The sheer brutality and bloodshed of the crackdown on the Beijing Spring, the willingness of the Chinese leaders to have their soldiers and tanks mow down and crush dissent, has ensured there won’t be a repeat any time soon. Especially now that so many in the population can be kept happy with just enough stuff: smartphone, apartment, wheels.

Of course a growing proportion of the Chinese hundreds of millions know nothing about that democracy movement. ‘Enforced amnesia’ means that every time the notorious June 4 date comes around, it is ignored by the authorities. Beijing pretends something that happened, something we all know happened because we saw it happen, never actually happened. It has been airbrushed from the country’s history; the younger generations, schoolchildren, know nothing of it not only because it won’t be part of anything they learn at school, but also because of the widespread fear of mentioning it by those who lived through it, were arrested and sent for long and terrible sentences. It is a menacing business even in Hong Kong nowadays to visit the museum that memorialises the massacre. Ignorance then, ignorance and fear. There’s another f-word too, we might add: fascism.

All of which brings us to London mayor, Sadiq Khan. How easy it is to trot out that little f-word when, seeking to play to the home (London) crowd, you decide to liken Donald Trump to a ‘twentieth century fascist’.’ Playing fast and loose with the word ‘fascist’, expanding the definition as far as you need in order to take in what you do not agree with, is what the Left increasingly does. The word ‘fascist’ is not to be taken lightly, however, with all its associations with Mosley’s blackshirts, Nazism, anti-Semitism (yes, Jeremy Corbyn, we certainly are talking of your allegedly institutionally anti-Semitic Labour Party), and the disappeared of various South American countries.

Not to put too fine a point on it, it is outrageous and profoundly ignorant to use the word ‘fascist’ so casually and misguidedly. Given that fascism is foul, it is similarly foul, is it not, to term someone a fascist when they are no such thing? Whatever one may take issue with as regards President Trump, whether it’s the Twitter habit or gun (non) control, to attempt to smear him as a ‘fascist’ is dim-witted and plain distasteful. As far as we know, Donald Trump has been involved in no brutalising tyranny, no detentions and imprisonments without trial, no clamping down on free speech. Or maybe I’m being just old-school narrow in my definition of ‘fascism’. Maybe that’s just getting hung up on fascism as needing to have a ‘toothbrush moustache’ and be ‘jack-booted’, as Labour MP Rupa Huq put it on Politics Live on Monday lunchtime when defending Khan’s ‘thoughtful’ Observer article. It was clear Huq was struggling when she said Trump was picking on Khan as the son of a bus driver. No, he was taking understandable exception to being termed a ‘fascist’. There may be US presidents who have it in their nature to rise above a calculatedly political wind-up tactic and one might argue that that is the more statesman-like course. Trump is not one of them. If you are going to call him a ‘fascist’, then expect some verbal back with interest. That Khan would do better concentrating on the shocking knife crime rates in the capital is unarguable.

So was there any quarter given to Trump for being in retaliatory mode with Khan and his deliberately provocative description? Not a bit of it. One BBC reporter referred to Trump as having launched ‘a Twitter tirade’ against the London mayor and another said there had been ‘a ferocious assault’ on Khan. In his Monday lunchtime report outside Buckingham Palace, BBC North America editor Jon Sopel focused on Trump’s tweeting before Air Force One landed and then at the end got around to saying that some might feel there is a little hypocrisy given the more muted protest surrounding the Xi Jinping Chinese state visit in 2015. Nobody too bothered about human rights in China? Nah. Just do Trump and get that blow-up blimp baby thing. That’ll show him what we all think. That’ll speak truth to power.

Here’s the thing though: some amongst the Trump protesters are old enough to know better. They are grey, creaking a bit, have millennial children whose age they actually were on June 4, 1989, when they were watching the TV pictures of the unforgettable Tank Man. Have they forgotten what truly odious and repugnant political authority looks like? You want to know a bit more about what twentieth century fascism looks like, Sadiq Khan, Rupa Huq and all the Baby Blimpers (oh, and Literal Communist Ash Sarkar)? Well, have a look for Tank Man on YouTube.

So well done to them all as they mass on the safe, sunlit and tank-free streets of London in their courageous anti-Trump protest. And on the thirtieth anniversary of the Tiananmen Square massacre of thousands that the (actual fascist) Chinese government pretends never happened, maybe at least some of the more cerebral protesters will allow themselves a bit of pause for thought. These thoughts in particular: I really ought, in the name of consistency, to have been kicking off about the red carpet for Xi Jinping in 2015; and if there’s just one thing I suppose at a push I will give to Trump, he’s got to be right about the whole Chinese government-Huawei-5G business. Happy Tiananmen Anniversary. Happy, easy, safe protest against the non-fascist President of the United States.

Share
Facebook
Twitter
WhatsApp
Email
Previous articleD-Day: A reminder of what happens when politics fails
Next articleThe Midweek Hymn: Praise, My Soul, the King of Heaven