NewsPaperthe art of publishing
HomeNewsThe truth about the miners’ strike (trust the interfering SNP not to...
38 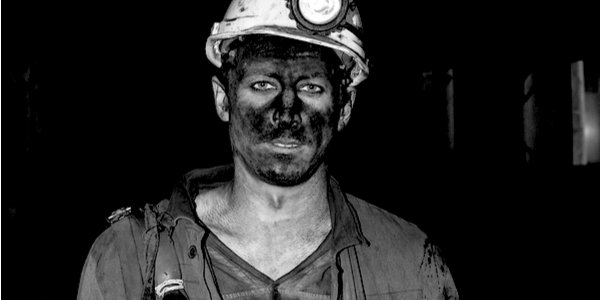 The last great miners’ strike ended 33 years ago. It pitched tens of thousands of pitmen into violent confrontation with the police, brought stark hardship to their families, irrevocably split the National Union of Mineworkers and fractured communities. It was a total failure. But in Leftist history, it’s a heroic episode to be revisited whenever they want to refresh their sense of grievance.

For years, the Left has been agitating for an inquiry into the policing of the strike, particularly the 1984 ‘Battle of Orgreave’, when pickets used violence and intimidation to blockade a coking plant in South Yorkshire. These demands have so far been unsuccessful, but attention has now shifted northwards with the Scottish government announcing its own review of how the strike was policed.

Why would a government with so many pressing issues, such as the health and education of its badly served citizens, join in with this when the strike happened so long ago? Well, it wouldn’t be the first government to look for distractions from poor performance. Especially if it helps them beat their enemies, such as those Sassenach Tories.

To many on the Left, especially my generation born in the Sixties, the strike was an exciting opportunity. Aged nineteen and badly infected with adolescent revolutionary syndrome, I went on marches, collected cash, argued ceaselessly, stood on a picket line. To me and my comrades, this wasn’t just an industrial dispute. For the Left, including the Bennite wing of the Labour Party, much of the NUM leadership and the various extremist political sects, it was a chance to bring down Thatcher’s government. Who cared that it was democratically elected? Who were the electorate to argue with us?

No one needs to tell me about the good qualities of miners. I’m married to a miner’s daughter. Miners often possess a basic decency that makes them easy to admire. And those who went out on strike genuinely felt right was on their side. To many outsiders, it was an attractive cause made romantic by the miners’ traditions of solidarity and militancy, and their harsh working conditions. But their grievances, whether justified or not, were seized on and exploited by those who felt that living in a democratic society was no reason not to settle disputes with force and ‘direct action’.

It would be foolish to claim there no examples of bad behaviour by the police during the strike, but the disorder and provocation used against them was extreme. Certainly many miners had only peaceful intentions, but a disciplined, well-organised hard core, with allies from a ragbag of far-Left organisations, had no inhibitions about violence or law-breaking. They actively sought confrontation and encouraged attacks on working miners and the police. Paul Horgan describes just some of that violence here.

Much more went unreported. The government didn’t want to be seen as losing control and the official strike leadership, hoping to retain at least some respectability, didn’t want to be associated with extremists. But there was sabotage, arson, ambushes of police patrols and constant harassment of those miners who chose to exercise their right to work. This was all seen as fair game by the radicals who considered they were fighting a class war. I doubt that this side of the story will be well covered in any inquiry by the Scottish government.

In the Left’s version of history, the strike was a legitimate working-class response to an attack on their vital interests. An attack by a callous ruling class, determined to crush the trade union movement so they could then slash the living standards of ordinary people. My comrades and I actually believed this nonsense.

Perhaps Mrs Thatcher was happy to have a fight with Arthur Scargill and his friends; there was certainly history between the NUM and the Conservative Party, but that wasn’t the real issue. The Left’s grand narrative was both paranoid and risible. The planned pit closures that precipitated the strike were due to the industry’s long-term decline. Subsidising badly performing pits which could never be made cost-effective, as the Coal Board had done for years, was no longer possible. Sad as it was for affected communities, economic realities could not be held off indefinitely.

Another reality the Left still denies is a guilty secret that undermines their class-war fantasies. The honour of closing the most mines goes not to Margaret Thatcher and the Tories but to Harold Wilson and Labour. This is something you might not have realised if you relied on the BBC or the Guardian for your information, but it is a simple and easily verifiable fact.

The Labour Party welcomes the new Scottish inquiry and has renewed its calls for a wider national investigation. I hope any review will remember that the strike was an attack on democracy, law and the rights of those miners who refused to be bossed into a strike they never asked for and were denied the right to vote against. I suspect, though, that Labour and the SNP are far more interested in entrenching their mythology than in establishing the truth about those sad events.