The Turkish strongman and a Greek tragedy in the making 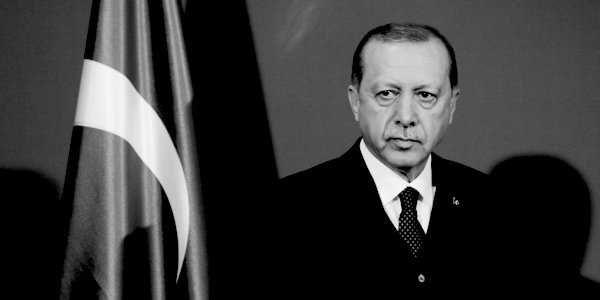 WHAT happens when a nation’s strongman ruler feels the need to bolster support at home? He finds an opponent abroad so that the people can once again unite behind their leader. This is what Turkish President Recep Tayyip Erdoğan is doing now.

Turkey’s economic situation is in decline and Erdoğan’s popularity along with it. Over the past two years the Turkish lira has weakened by 36 per cent and investment in the country has plunged over concerns about state intervention in the economy and heightened geopolitical risks.

Erdoğan’s approval rating peaked at 71.1 per cent in December 2013, when the Turkish public bought into his portrayal of corruption allegations about him and his family as ‘a coup attempt’. The parliamentary elections of 2015 saw Erdoğan’s nationwide vote fall to 37.5 per cent with his Justice and Development Party (AKP) losing its outright parliamentary majority for the first time since it came to power in 2002.

Erdoğan’s approval rating rallied to 48 per cent in October 2019 when he ordered the launch of an offensive into northeast Syria against Syrian Kurdish militia in the region. This surge did not last long; his approval rating had dropped to 41.9 per cent in January this year.

Erdoğan’s authoritarian style of government is often cited as a main reason for the drop in his popularity. A survey carried out by Turkey’s main opposition party, the Republican People’s Party (CHP), showed that 40 per cent of voters for Erdoğan’s AKP felt the country’s presidential system needed amending, while 54 per cent of Nationalist Movement Party (MHP) supporters, the AKP’s staunch ally, also demanded system change. Naturally, unhappiness regarding Erdoğan’s leadership is even more pronounced amongst opposition parties.

Erdoğan needs epic stories of military prowess against real or fabricated foreign enemies to tell an increasing number of grudging voters confronted by a weakening economy. This is bad news for Turkey’s neighbours and the entire region. Any who have in interest in peace in the Middle East should be concerned about what steps Erdoğan might take, especially concerning Turkey’s traditional Aegean rival, Greece. Turkish-Greek relations have always been tense and it would take little to ignite a real conflict between the two.

Since Greece freed itself from Turkish domination with the disintegration of the Ottoman empire there has been a century-long Turkish nostalgia to take back some of the Greek islands. Yeni Safak, a fiercely pro-Erdoğan newspaper, has suggested that the Turkish military should invade 16 of them.

Two weeks ago, ignoring international efforts to find a diplomatic solution to a maritime border dispute, Turkey resumed oil and gas exploration in the Mediterranean. Erdoğan sent a flotilla of Turkish frigates to escort the research vessel Oruc Reis which sailed close to the Greek island of Kastellorizo, or Megitsi, ostensibly to undertake seismic surveys.

With a deepening standoff, Greek Prime Minister Kyriakos Mitsotakis convened his national security council. The statement issued later had all the atmosphere of pre-war tension: ‘We are in complete political and operational readiness,’ Minister of State George Gerapetritis said on state television channel ERT. ‘Most of the fleet is ready to be deployed wherever necessary.’

In response, Erdoğan’s AKP unleashed new threats against Greece. Its spokesman said: ‘Greece is playing the game wrong. It plays games that is beyond her size. We warn Greece. This game you are playing can be turned into a Greek tragedy. We will not be responsible. We will not allow you to play Greek theatre through diplomacy.’

France’s President Macron said his Turkish counterpart is pursuing an ‘expansionist policy’ that ‘mixes nationalism and Islam’ that is not only ‘incompatible with European interests’, but is the opposite. Last week France announced the deployment of two warships and two jets to the eastern Mediterranean as a sign of practical support for Athens.

German Chancellor Angela Merkel telephoned Erdoğan to tell him that the ‘Greeks are not joking’. Germany has recently said that any Turkish drilling in Greek maritime space and in the Exclusive Economic Zone of Cyprus is illegal and will have consequences. Merkel emphasised that ‘Turkey will have many problems, not only with Greece, but with the whole of Europe, if it continues the challenges and that the consequences will be very severe.’

As well as growing tension with Greece, Erdoğan is increasingly isolating Turkey from the other Muslim nations in the Middle East. He condemned the Trump-brokered historic normalisation deal between Israel and the United Arab Emirates (UAE) and said that ‘because we stand by Palestine’ he is considering withdrawing Turkey’s ambassador from the UAE. ‘I gave instructions to my foreign minister . . . We may suspend diplomatic relations or recall our ambassador to Abu Dhabi,’ Erdoğan added.

If he does so, Turkey will be the only country in the region that has no diplomatic relations with Armenia and Cyprus, and no ambassadorial-level relations with Syria, Israel, Egypt and the UAE. Turkey’s relations with many countries where it has full diplomatic ties are not in much better shape.

An authoritarian ruler who sees his power gradually eroding is a danger not only to his own people but to all who may be dragged into his dangerous undertakings as he seeks scapegoats and external opposition to maintain dwindling power. France and German have warned Erdoğan about the course he is taking. It appears that the UK and the USA have been silent.