The two faces of Owen Jones 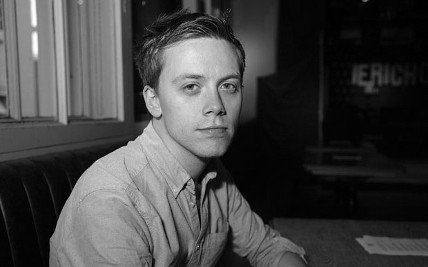 While attending the Labour Party conference, TalkRADIO presenter Julia Hartley-Brewer took an irreverent view of the venue’s designated ‘safe space’ – an offence for which she is now banned from attending future gatherings.

I have now been BANNED from Labour Party conference for making THIS Twitter joke about their absurd #SafeSpace. It seems we now have to get all jokes pre-approved by @jeremycorbyn. Ridiculous & sinister to ban a journalist from doing her job cos you don’t like her joke. https://t.co/vtWQWmIv3n

Doubtless Julia will get over it. But with non-approved opinions and jokes being so unwelcome, suppose someone else from the Left’s hit-list, who somehow had gained entry, had wandered round the Labour conference filming and asking questions of the comrades. It is a safe bet that such activity by, say, James Delingpole or Toby Young would have resulted in the bête noire being forcibly stopped from filming and escorted, or possibly chased, from the premises.

By contrast, at the Conservatives’ conference in Birmingham The Guardian’s Owen Jones seems to have amicably mixed with delegates, thereby granting Owen ample opportunity to test ‘my thesis about the Conservative Party . . . they’re in chaos, have no ideas and are completely detached from reality’.

Owen did manage to find one attendee who is indeed ‘detached from reality’, the crank being a woman who, when asked her choice of leader, opined: ‘I would like to see [Philip] Hammond take over. I think he looks like a statesman . . . he’s got some sense and sensibility behind him.’

That maverick aside, most of the Tory activists appearing in Jones’s final cut seem reasonably sensible: ‘Whereas socialism has an atmosphere of excitement, [we’re] the party of reliance, we get things done.’ Others understandably are worried by the electoral threat: ‘He wants to take us into the Soviet Socialist Republic of Corbynland . . . if you want to live there that’s fine, but most people don’t.’

During filming Jones was especially exercised by what he perceives to be the plight of the young and at one point was chided for being ‘obsessed with young people’. However, Owen’s hypothesis that the Tories should do much more to court the youth vote, rather than appeal to the electorate in general, found little traction with one youngish interviewee: ‘I think some [of the young] think the world owes them a living before they’ve even earned it. That’s the attitude I get from the Left.’

At the Tory conference, Jones even encountered a party leader who does not vacillate and has a clear sense of purpose. Not Theresa May, obviously, but the DUP’s Arlene Foster, whom Owen collared regarding her continued opposition to same-sex marriage in Northern Ireland.

Whether or not one agrees with Foster’s position, when accused by Jones of being ‘on the wrong side of history’ it was refreshing to hear ‘As a politician, the important thing is that you have principles’, in this case coming from a party leader who actually appears to mean it.

Owen concluded his film by contrasting the atmosphere he previously experienced ‘here two years ago [when] there was a sense of triumphalism in the air, a sense of a party which was the master of all before it. That’s not how it feels two years on’. While warning that it is ‘not for the Left and Labour to be complacent’, Jones summed up the present Conservatives as ‘a party which seems to be in stagnation, in decline and bereft of ideas’.

The same indictment might easily have been written by a contributor to TCW, albeit from an entirely different perspective. Owen Jones produced a balanced film in which the exchanges were cordial and no one appeared to have been stitched up by selective editing.

Perhaps, therefore, Jones is a more equable character than previously had been thought. By regarding Owen as a myopic and disreputable Leftist ideologue, have we hitherto misjudged the lad?

No, we did not misjudge him, as evinced by a different video from Owen Jones, produced only two weeks before he mixed with the Tories in Birmingham, addressed to ‘a political party absolutely drenched in racism and bigotry’.

Jones seemingly had been triggered by the Conservative MEPs who scorned the censorious EU and instead supported the autonomy of Hungary’s democratically elected government.  For protecting Hungary’s borders against the uncontrolled mass migration and concomitant social unrest which now afflicts so much of Europe, Prime Minister Viktor Orbán enjoys massive domestic support. However, in the world of Owen Jones, such resolve is the act of a ‘far-Right autocracy’.

With tiresome predictability Jones went on, among other things, to arraign Enoch Powell for that speech half-a-century ago, to inculpate Margaret Thatcher for an innocuous 40-year-old comment on immigration (‘People are really rather afraid that this country might be rather swamped by people with a different culture’) and to cite Boris Johnson for ‘piccaninnies’ and ‘letterboxes’, both of which BoJo used intending to be satirical.

Owen’s claim that the Conservative Party is ‘infested with racism’ is somewhat undermined by calling as his star witness Sayeeda Warsi, it being she who earlier had urged that Boris be sent for re-education. The Baroness’s ever-increasing effort to expose so-called Islamophobia within the party is, of course, unconnected to her having been shunned by successive leaders.

Also getting it in the neck were those notorious Tory bigots Michael Fallon and Michael Gove; it was Gove, the author of Celsius 7/7, whom Baroness Warsi only half-jokingly complained had ‘radicalised David Cameron’. Jones also singled out Gove for, inevitably, his role in the EU referendum: he apparently ‘led a vitriolic lying campaign which talked about immigrants as potential rapists and murderers and criminals and terrorists’; by extension, Gove allegedly was culpable for a subsequent spike in ‘racist hate crime’.

Who knew? Suitable only for those who have a strong stomach, Jones’s video contains seven minutes of this unexpurgated one-eyed bile. Oh yes, and as a loyal Guardian man, theatrically Owen clears his throat after having to utter the dread words Daily Mail.

Yet mingling in Birmingham, Owen Jones appeared full of bonhomie – despite his being amidst a political party he earlier condemned for containing Islamophobes, racists and bigots whom, from the video Owen made just two weeks earlier, he evidently despises.

At the Tory conference, Owen Jones was a well-mannered guest – and a two-faced toerag.