The UK Shale Gas Fracking ‘Ban’: Who Wins, Who Loses?

THE UK government’s new long-term moratorium on shale gas exploration will reduce competition and increase prices in the markets supplying methane to produce the large quantities of hydrogen without which the Net Zero emissions target for 2050 is not feasible. Odd though it may seem, a shale gas ‘ban’ makes climate change mitigation even more expensive.

In response to a technical report by the UK regulator, the Oil and Gas Authority, the United Kingdom’s Department of Business Energy and Industrial Strategy has announced a ‘moratorium’ on shale gas exploration, which has been ‘paused . . . unless and until further evidence is provided that it can be carried out safely here.

In spite of the headlines, this is far from a ‘ban’, though a reader might easily be misled into thinking it was by the forceful title of the official statement. The rest of the government’s announcement, disproportionate though it may be to the cautionary conclusions of the OGA analysis, certainly does not announce an ‘end’ to support for shale gas.

The half-hearted stridency of the press release was echoed in subsequent remarks by the Energy Secretary, Andrea Leadsom, who covered all bases when she observed that shale gas presented a ‘huge opportunity provided that it can be [done] safely’. Asked if the moratorium was ‘for ever’, she replied that it would remain in place for the ‘foreseeable future’, which may be functionally equivalent to infinity as far as investors are concerned, but falls very far short of being a firm rejection in perpetuity.

Nevertheless, the weakening of support is tangible. The Secretary of State went on to emphasise that no further planning applications for shale gas exploration will be consented, and that the permitting process would not, as had been previously planned, be moved into the category of National Significant Infrastructure Projects (NSIP), a consenting regime regarded as more likely to be favourable to the industry. The traffic lights, as it were, seem to be flickering from red to green and back again to red with barely an interval.

The subtlety of this position, which might be largely unremarkable at any other time, will inevitably seem suspiciously equivocal in the context of an upcoming General Election, and as a matter of fact it has given political opponents the opportunity of claiming that the ‘ban’ is transparently insincere electioneering, and shows that the Conservatives can’t be ‘trusted’ on the matter. Taking advantage of this opening, the Labour Party’s energy shadow, Rebecca Long-Bailey, has confirmed that her party will unambiguously rule out shale gas. The Labour ban will be a Ban. No havering there.

If the Conservative Party tacticians did indeed expect to gain electorally from their announcement without losing the shale gas option for the future, it would seem that the gambit is failing. The statement was strong enough to destroy medium-term prospects for fracking, but insufficiently convincing to yield any political dividend for the Conservatives. It appears likely to join the party’s towering scrap-heap of arguably needless and certainly counterproductive concessive political gestures.

We must, then, write the Conservative Party down as one of the probable net losers of this announcement. Others include, obviously, the shale gas industry itself, for which this is a genuinely serious blow, not least because it has given prominence to and made quite inflexible the Labour Party’s opposition to its business. Consumers also lose, since the introduction of low-cost fracked gas will be delayed, and perhaps prevented altogether.

There are also winners. Producers of pipeline natural gas have every reason to celebrate. As the government’s own statement admits, methane remains essential even in a Net Zero emissions UK. The precise wording of the government’s remark is revealing, and indeed appears to be addressed to those producers:

Other sources of natural gas will continue to contribute to the UK’s diverse energy mix. The Committee on Climate Change has previously said that there will still be a requirement for natural gas in a 2050 net zero economy. Maintaining diverse gas supplies, for use during the transition as the UK renewable sector grows – or for the production of hydrogen – remains a priority for this government.

The inhibition of shale gas does not, the government emphasises, indicate a weakening of commitment to natural gas, which is necessary not only during the temporary transition but in the longer term as a source of hydrogen. Reference to the work of the Committee on Climate Change shows, indeed, that hydrogen is not simply an option in the government’s projections for a Net Zero emitting UK, but a ‘key enabler’ without which the entire project is simply not feasible.

By revising the UK’s target from an 80 per cent to a 100 per cent reduction in emissions by 2050, the requirement for hydrogen has risen from 50 TWh to 270 TWh per year. The bulk of that, over 225 TWh per year, will necessarily be derived from natural gas in Steam Methane Reformers (SMRs) equipped with Carbon Capture and Sequestration.

This very large quantity of hydrogen would be used to decarbonise international shipping, industrial process heat, winter peak domestic heating, and heavy goods vehicles, to mention only the most important. Without hydrogen, these already hard-to-treat sectors are almost impossible to decarbonise. Since producing hydrogen by means of electrolysis is prohibitively expensive, natural gas is essential to this endeavour.

Furthermore, the energy losses in the production and delivery of hydrogen will be substantial, implying a demand for natural gas considerably in excess of the hydrogen requirement. Consequently, and bizarre though it may seem, the Net Zero target presents a bonanza for producers of methane, who will be called upon to provide a volume of natural gas not so very much smaller than that supplied to consumers today. Their market would be reduced, it is true, but they would still be in business for the very long term, supplying a crucial commodity for which there would be in effect a mandated demand. Consumers, through their government’s policy, would in effect have taken all the risk out of the gas business.

For some parts of the natural gas industry the situation has improved still further. Thanks to the UK government’s announcement, pipeline producers of natural gas now know that they are very unlikely to have any competition in the British hydrogen market from companies extracting methane domestically by hydraulic fracturing. They will have the field to themselves.

The probable outcome of that less competitive market is higher cost, since the UK’s hydrogen will have to be produced from an imported feedstock at a time when many other large international economies are also seeking to manufacture hydrogen from natural gas. Consumer costs, already high, could become ludicrous and intolerable, with the clear implication that one of the biggest potential losers of the suppression of shale gas in the United Kingdom could easily turn out to be the Net Zero target itself.

This article first appeared on the Global Warming Policy Forum on November 3, 2019, and is republished by kind permission. 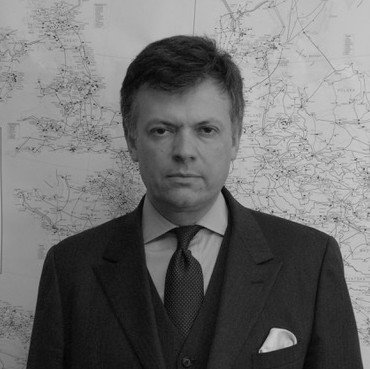