The Vaccine Connection to death on the Rock 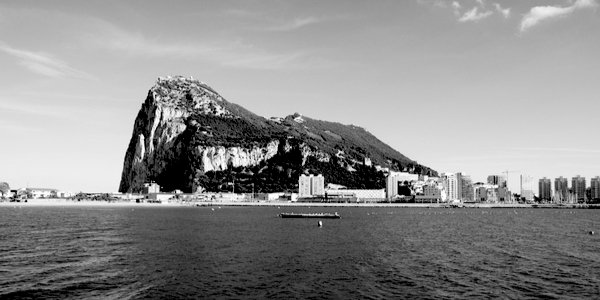 THE eyes of the world are on Gibraltar, the British enclave on the southern tip of Spain, after this month it became the first territory in the world to have vaccinated its entire adult population against Covid-19.

With only 15 Covid confirmed cases remaining among the Rock’s 34,000 citizens, from a total tally of 4,271 since the start of the pandemic, and zero new cases in several days, restrictions are being eased in what some are hailing as a preview of what could happen elsewhere if enough people have the jab.

As of Thursday last week, a midnight curfew was lifted, in time for Passover and Easter celebrations, with bars and restaurants now allowed to stay open until 2am. From yesterday, masks no longer had to be worn outdoors, though still required in shops and other enclosed spaces. Tourism, a key industry, may soon be possible again.

Confirming the vaccination milestone in the House of Commons on March 18, UK Health Secretary Matt Hancock paid tribute to Gibraltarians for their fortitude during the crisis. Throughout it, he said, the UK Government had provided Gibraltar with protective equipment, test kits, and a sovereign guarantee on Covid spending, as well as the vaccines themselves.

There is, however, a largely unaddressed tragedy lying behind the apparent triumph.  Gibraltar has lost 94 lives to Covid-19 – the highest Covid mortality rate, proportional to its population, in the world. With it also being the world leader in vaccinating its people, the question naturally arises: could there be a connection? Seventy-eight of the 94 deaths occurred after the vaccination campaign began on January 10, mainly using the Pfizer injection.

Covid-19 arrived in Gibraltar in March last year, but by early September there had been only 217 confirmed cases. The first three deaths, all in the elderly residential service, were registered in November.

By January 10, when the vaccine rollout began, the Covid toll was 16.  By 18 January it had risen to 45, prompting Chief Minister Fabian Picardo to describe the crisis as ‘the worst loss of life of Gibraltarians in over 100 years. Even in war, we have never lost so many in such a short time’.

At that point, 5,847 vaccine doses had been administered, corresponding to 17.3 per cent of the population. Claims on social media that the vaccine could be responsible were denied by the Gibraltar Health Authority. It said that only six of those who had died had received the jab, and there was no evidence to link those deaths to the vaccine: the elderly people involved had tested negative for Covid before vaccination, but the infection was detected in the days immediately afterwards.

Worse was to come. By February 2, with more than 12,800 vaccinated and second doses starting for those most at risk, the death toll reached 79, rising to 93 by February 27. Only one more death has been registered since then.

One explanation for the huge loss of life in only about six weeks is that even though under lockdown restrictions, Gibraltar’s small but packed population (the territory is only 2.6 square miles) made the virus extra dangerous, especially as the spike in deaths that hit the UK last April had been avoided.

A more sinister possibility is that that the Rock could be the ‘canary in the mine’ signalling a potentially lethal vaccine hazard in susceptible people, perhaps made worse by concurrent or immediate past Covid-19 infection.

The vulnerability may also have been increased by a flu vaccination campaign this winter, the most intense in Gibraltar’s history. A peer-reviewed study published last October, based on data from 39 countries, found ‘a significant increase in Covid-19 deaths from eastern to western regions of the world’ associated with flu vaccination among those aged over 65.

In an open letter to the UK Vaccine Minister and Health Secretary in February, the UK Medical Freedom Alliance cited Office for National Statistics data showing that UK weekly care home deaths tripled in the two weeks of January 8-22, when there was a massive increase in Covid jabs.

A possible explanation, the letter said, could be transient reduction in lymphocytes, one of the body’s main immune defenders, originally noted in Pfizer’s vaccine trial. ‘This could result in a heightened susceptibility to infections in the week post-vaccination, which could be catastrophic for some frail and elderly people.’

The letter demanded a full investigation of all deaths before a rollout of second doses took place.

A Public Health England study published this month suggested an 80 per cent reduction in hospitalisations after a single dose of either the Pfizer or AstraZeneca vaccines. But analysts noted that the same study showed a 48 per cent increase in risk of infection four to nine days after the Pfizer jab in the over-80s. This was similar to a 40 per cent higher ‘suspected Covid’ in the first week after vaccination reported in the US Food and Drug Administration’s issuing of ‘emergency use authorisation’ for the Pfizer vaccine.

The PHE study said the increase probably reflected a higher risk of exposure of these patients in hospital or care homes. But there are numerous reports from around the world of pockets of care-home deaths in the wake of vaccination, supporting concerns that elderly patients are at increased risk from both the Pfizer and Moderna vaccines when simultaneously exposed to the virus. Animal studies point to a similar phenomenon. The possibility that the virus is falsely getting the blame for these deaths and illnesses needs investigation.

If the Gibraltar tragedy does have something of value to tell us, there doesn’t seem much chance of it emerging at present.

In February, when I first learned of it, I wrote to the UK’s Medicines and Healthcare products Regulatory Agency (MHRA) to ask if they were investigating the situation in Gibraltar, and if so how. Were they obtaining the vaccine histories of those who died? Had they seen any similar cause for concern in the UK?

The agency replied that due to different legal arrangements for medicines, they do not routinely collect Yellow Card (adverse reaction) reports from Gibraltar, but would accept any such reports submitted and collaborate with counterparts in Gibraltar on a case-by-case basis. They added that with more than 15million doses of the vaccine having been administered (at that time) across the UK, generally to the most vulnerable, ‘it is not unexpected that some of these people may naturally fall ill due to their age or underlying conditions shortly after being vaccinated, without the vaccine playing any role in that’.

On March 6 I wrote to Dr Krishna Rawal, Gibraltar’s medical director, to ask if in view of the territory’s unique experience – both in terms of success with the vaccination campaign but also having such a disproportionate loss of life – he could let me know whether he was collaborating with the MHRA, and how many of those whose deaths were attributed to Covid-19 had received the vaccine.

I have not received a reply.

As a veteran medical and science correspondent, I know from past experience that there is a huge danger of politicians, public health experts and their supporters in the media becoming blind to data that might weaken campaigns such as we are seeing now with the Covid vaccination drive when so much money and hope is invested in it.

Despite the life-saving capabilities of vaccines, many parents, especially, feel that concerns about the impact on health of a greatly increased number of shots received by children are not being addressed. If a possible hazard with the global Covid vaccine rollout is not properly investigated, the result could be catastrophic for public confidence in the entire vaccination programme.

A Downing Street review is reported to be considering making it mandatory for NHS workers to have the Covid jab because a high proportion of front-line health care workers – often those at highest risk of exposure to Covid-19 – are refusing it. Chris Whitty, the chief medical officer, has said NHS and care-home staff have a ‘professional responsibility’ to get vaccinated.

Instead of such a heavy-handed approach, ministers might ask themselves why these high levels of vaccine hesitancy exist among so many staff, in the UK and elsewhere, who are closest to patients.  Could it be that they know something Downing Street and NHS top brass are refusing to see?