The vaccine push has left the public completely unprotected

A FRIEND recently complained of blood-filled bruises developing immediately following very light knocks or moderate pressure to his arms. I knew that he had recently been vaccinated. This had never happened prior to his Covid jab.  I advised him to let his GP know.  I said that it might be related to the vaccine but it might also easily be due to a multitude of other things.  The point was that, in my opinion, it needed to be investigated fairly promptly.

We already know how politicians have coerced the public into conforming to their agenda through fearmongering and the implicit denial of their freedom if they do not consent to vaccination.  But in my article today I want to ask questions of British medical practice.

The UK vaccination campaign is constantly hailed as a tremendous success and ‘world beating’. But the experience of my friend reminded me of how unsuccessful the vaccination campaign really is at the level of caution and aftercare and how unethical the whole situation is. Wouldn’t it have been very simple to provide all first-jab patients with a form on which any adverse event could be listed and brought bring back on their second vaccination visit and then a subsequent form and thorough follow-up review, given that the Covid vaccine is experimental and the MHRA/Yellow Card reporting scheme is so little known and reportedly underused?

Also below the public’s radar is NHS advice that clinical incidents should be reported SOP Management of COVID-19 vaccination clinical incidents and enquiries to ensure ‘escalation to national level’ via the National Incident Coordination Centre Single Point of Contact (ICC SPOC). This is meant to provide a fast-track incident response (within one hour) pathway. But does it and has it? How many people have been told about it?

Like VAERS in the US, the Yellow Card scheme is a passive surveillance system, and relies on people sending in reports of their experiences. However under-reporting of vaccine side effects is an old problem which precedes Covid. A BMJ rapid response article raised this as a public health issue in 2009. It reported officials relying ‘on a system that reports fewer than 1 per cent of adverse effects‘ in the case of young children’s serious reactions to a seasonal flu vaccine, reported further on here.
But when I pursued  the topic of under-reporting in the medical literature I was surprised to find how few studies had been undertaken and how old such studies were. There was little  to find on factors affecting under-reporting (PubMed.Gov.Factors Affecting Patient Reporting of Adverse Drug Reactions: a Systematic Review) or how to address it. It is hard not to conclude that there is a prevailing pharmacovigilance negligence resulting in a failure to safeguard the public, highlighted by the experimental Covid vaccines.

As of June 23, 2021, for the UK, some 300,000 Yellow Cards have been reported for across all Covid vaccines at the overall reporting rate of around three to seven Yellow Cards per 1,000 doses administered. Only if you persist in scrolling down the official report do you finally come to the fatalities reports – 1,298 in total, mainly elderly people.

If all these figures are significantly under-reported, the ethical questions of informed consent or indeed continuation of the programme become ever more urgent.

Although I feel strongly that the vaccination programme was rushed , a gamble and instigated unethically, there was, once it had begun, a real opportunity – indeed an obligation – to collect as much information as possible in a systematic way.

Public Health England, the NHS and the medical profession have surely been negligent in not carrying out such a basic precautionary protocol given the novel nature of the vaccines themselves, the very short trial periods, emergency authorisation and an all but mandatory national rollout across all adult age groups – with child vaccination threatened. Is it really such an achievement to produce a pharmaceutical product very quickly (aided by advance government ordering) and start injecting it into people without a comprehensive scheme to analyse and monitor the long-term implications?

The most difficult aspect of healthcare, in my opinion, is taking the time to listen to patients, obtain a good history, investigate their complaint, reach a differential diagnosis, a definitive diagnosis and treatment plan before spending even more time providing informed consent and finally carrying out the treatment. The vaccination programme has simply involved a huge amount of logistics, computers and getting people to turn up and be jabbed. Sometimes even the administration has been cropped and the message has been ‘just turn up and grab a jab’, almost as if you were going down to McDonald’s. The actual ‘jabbing’ has sometimes been delegated to people who are not qualified healthcare professionals. When I have asked vaccinated people how the proposed treatment was explained to them it was obvious that there had been a gross lack, a negligent lack of properly informed consent. When I have asked people how they felt after receiving the inoculation some have said they were fine but others who described feeling ill (enough for some to have had to take a few days off work) though they said they did not report it to their GP. It is important they do. It is forcing the MHRA in the UK and the CDC in the US to add more detail to the listed observed side effects of the drug, for example as with myocarditis.

I hope to continue to support vaccination in rigorously safeguarded circumstances. But past disasters show why rushing out the coronavirus vaccine could still prove to be ‘colossally stupid’.

The Covid vaccination strategy and implementation may, in the field of medicine in years to come, be regarded as shameful. My confidence will be restored only once medical ethics return and these programmes are subjected to the highest forms of short and long term scrutiny.

The pharmaceutical companies of course have been awarded immunity from liability and NHS staff have also been granted indemnity protecting them from legal action as a result of any problems with the vaccine.

Given the government’s financial incentives to doctors to jab as many people as possible, you might have thought the General Medical Council would have stepped in to protect the public from a conflict of interests. But no. In every respect the public has been left unprotected.

The Nuremberg Code was devised through painstaking years of expert legal wisdom with the sole aim to protect the public from the sort of unethical medical practice we are witnessing today. 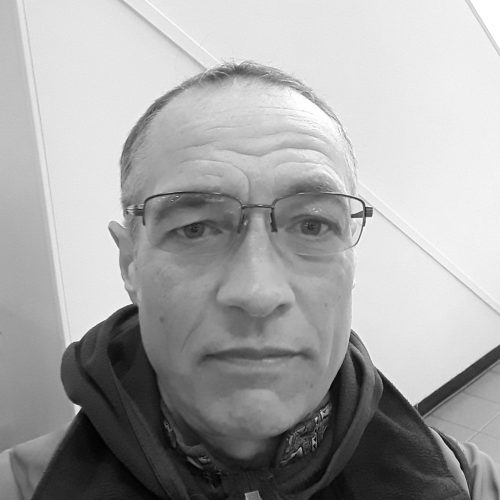 Dr Mark Shaw
Dr Mark Shaw is a retired dentist. He lives in South Wales and is interested in what constitutes fairness in society and how specialisation might be drawing people away from the bigger picture in life. His interests are nature and sport (particularly surfing).