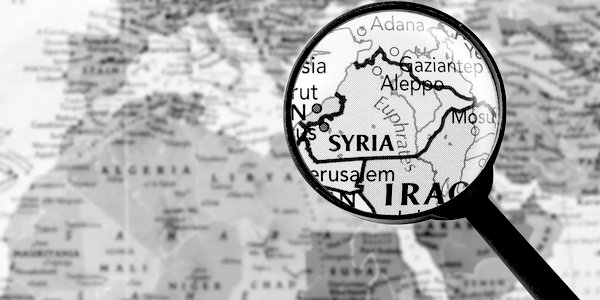 The Syrian civil war is confusing. It is difficult to determine who are the goodies or the baddies in this multi-sided conflict.

The public are used to wars with two distinct sides, with two opposing groups of nations, one of which they can root for.

The major wars of the twentieth century conformed to this pattern.

In occupied France there was the Resistance. However it was composed of numerous factions. The communists did nothing until the German invasion of Russia, after which they were ‘activated’ by their own dictator.

After the Anglo-American liberation of France in 1944, there were disturbances that approached civil war. In liberated Greece there was an actual civil war. Yugoslavia, a country that has more claim to have liberated itself than de Gaulle’s France, dissolved into factionalism during and after occupation. Thousands were murdered for being on the ‘wrong’ side.

There was a degree of factionalism in the English Civil War, most notably with the Levellers, although this factionalism did not lead to internecine conflict.

Essentially whenever a powerful, or perhaps over-powerful, central authority collapses, there is no possibility of an orderly succession of power. There is a quasi-Darwinian scramble to fill the niche that has been abandoned, and it is messy. This is what is happening all over the Middle East. It is, however, not the fault of the West. It is the fault of the people who live in the Middle East that they have not arranged their domestic affairs any better.

Their political institutions are flawed, such that there has never been an orderly transfer of power genuinely based on popular will, except, of course, in Israel, and possibly recently in Egypt. One challenge is that our perception of Middle Eastern culture and politics is necessarily informed by our own culture and politics. Most commentators, including myself, lack the necessary subjectivity to be able to make an informed view. Paradoxically, being objective about this issue will result in the wrong conclusions being drawn.

Thus Jeremy Corbyn is wrong here, as the Russian Patriot always is on matters where the Motherland is involved. He is applying abstract standards without any reference whatsoever to the psyche of the belligerents. But he is also highly dishonest when he calls for concerted UN action, simply because this will always be vetoed by Russia. The worst part of Corbyn’s dishonesty is that he is well aware of his adopted country’s obstructionist position when he calls for peace conferences and UN intervention.

Russia’s intervention should not mean the West has to get similarly involved on the ground. At present, the West is making war on groups that make war on the West, essentially giving red cards to Daesh to get them off the pitch. They are also issuing high-explosive yellow cards for any fouls by Assad’s forces. It is in the direct national interest of Western countries that the use of chemical weapons by state actors is not normalised. While the West is not interested in regime change, this does not mean that it cannot take action to ensure that Assad does not actually win this civil war.

What does need to change in the UK is the political mood. The average UK citizen appears to be informed by the Coalition occupation of Iraq and the invasion of Afghanistan led by NATO to want to wash their hands of any military intervention. We seem to be back to the days of the ‘King and Country’ debate in 1933 where there is not just a reluctance to go to war, but a refusal.

This negative culture led directly to the Second World War.

Stanley Baldwin admitted that British rearmament was held over until after the 1935 General Election for political reasons. At the same time, Germany was spending over 10 per cent of its GDP on armaments, an astonishing figure in peacetime. A militarily stronger Britain could have stood up to German aggression from 1935 onwards. Churchill was right to call World War II ‘The Unnecessary War’. Had Conservatives, and let me repeat this, Conservatives, regarded Hitler from 1933 onwards as a genuine threat to world peace and not just a useful bulwark against Bolshevism’s threat to livelihood and private property, then six years of devastation and genocide in Europe might have been avoided.

Owen Jones recently wrote a stream-of-consciousness article in the Guardian which encapsulates the prevailing mood. This has to be directly challenged. Owen Jones needs to be called out. We cannot allow the justifiable interventions in Iraq and Libya, or even Saudi Arabia’s efforts to secure its borders with Yemen, to prevent proportionate action in Syria. And yet the counter-narrative is not there. So Jones is winning by default, based on an argument steeped in extremist bias and wilful ignorance. He is not a commentator but a fifth-columnist working for The Guardian.

The government needs to produce its own propaganda. We have values and policies worth openly defending, and these are being undermined at present by what is actually enemy propaganda put out by willing turncoats for personal prestige or political advantage.

As well as a war in Syria, this is also a war for hearts and minds in the UK. At present this is being lost.