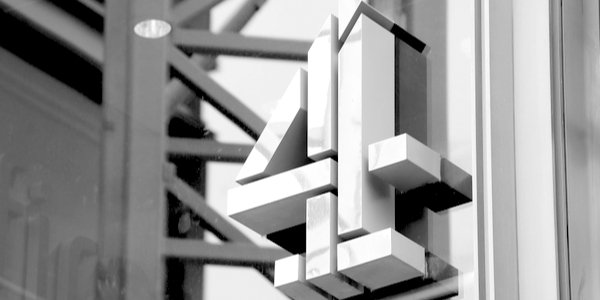 THERE was no Channel 4 News interview with Boris Johnson from Biarritz, as a few days earlier their head of news and current affairs, Dorothy Byrne, had called him a liar and a coward and compared him to Mr Putin.

She was giving the MacTaggart Lecture at the Edinburgh TV Festival. Aged 66, but winsomely calling herself ‘an old lady’ and ‘the Methuselah of TV’ after forty years in broadcasting, her speech harked back to a time when journalists ‘challenged the authority of those who ran our institutions, and their own bosses’. TV companies such as Granada employed ‘radical thinkers’ who ‘passionately believed in the power of television’. They invested in programme-making and carried out ‘extraordinary investigations’.

Ms Byrne also deplored ‘a loss of a sense of belonging as society fragments’, which is where her words were puzzlingly contradictory: she doesn’t like the US-style capitalism we have now, where audience ratings come first, but she readily adopts US-style identity politics, which is all about fragmentation. Her identity seems to be above all feminist. What seemed to anger her most about Boris Johnson is that he’s a man, not a woman, and being a woman seems like a curse inflicted on her.

‘We old ladies are not proud,’ she began. ‘Decades of cervical smears destroy all pride.’ Some feel lucky to get them but perhaps she was practising for a stand-up act at the Edinburgh Festival. Most female comedians are preoccupied by basic biology.

‘The problem barely discussed,’ she said, ‘is the menopause.’

Like a committed member of #MeToo she was going to name names: ‘Kevin Lygo [ITV director of television] is an inspirational leader,’ she said, ‘but his knowledge of middle-aged women’s medical matters is perhaps wanting.’

Hopefully the man who brought us Wogan and Men Behaving Badly and poached Richard and Judy for Channel 4 was not in the audience. Ms Byrne was ruthless: ‘One day he remarked that I looked ill and should go home. I returned to my desk and announced that I was leaving for the day “because my boss has never heard of the menopause”. Recently he told me he thought I was too young to be going through it. What a charmer!’

She then tore into her ‘illustrious predecessors’ on the MacTaggart rostrum: ‘Kevin Spacey. He proved to be a good choice. James Murdoch. Let’s delight ourselves by remembering how Ofcom described him just three years later . . . ’

Let’s not, but she was determined: ‘He patronised and dismissed me. Hey James, now I patronise and dismiss YOU. Tonight, there’ll be no shortage of sexist bastards, possibly among you in the audience.’

She even commended a career in TV ‘to any young woman’ as a good weapon in the battle against the patriarchy: ‘In what other line of work, when some bastard annoys you, can you say to yourself, “I’m going to make a programme exposing that and put a stop to it!”’

Her male colleagues were not merely annoying. ‘A quick tip for men,’ she said. ‘Don’t take your trousers off unless invited to do so.’

She’s now as round as a Scottish bannock, but seems to have had a remarkable effect on men. A large part of the speech described her experiences of avoiding rape by men in taxis and at World In Action. And she says things haven’t changed. Panorama reporter John Ware was recently reckless enough to call her ‘Sweetie’.

‘At once the room fell silent,’ she said. ‘Time stood still and then in the vaguely threatening tone I’ve polished over the years, I said, “I am not your sweetie.” “Yes you are,” he replied.’ Courageous irony in probably the biggest danger he’d faced since he filmed Scotland Yard Flying Squad officers setting up an armed robbery. She told that story to answer her own fundamental question about Ware, ‘Is he politically correct?’

Something you need to know about any brave news reporter, at least on Channel 4. Essential to Ms Byrne in her battle against male totalitarianism which allows women’s careers to be ‘blighted by having children’.

Another problem she has with the harassing, raping patriarchy, is that in the UK it’s largely posh and white. She agreed with Rupert Murdoch, who gave the lecture in 1989, that TV is ‘controlled by like-minded people who know what’s good for us, reflecting the values of a narrow elite.’

She wants quality programmes, but not from ‘pale, stale’ men. At Granada she was union ‘equality officer’ and reported, she said, the lack of black staff. The response, she said, was appalling working-class racism. Nearly 3 per cent of TV directors are black or Asian, 25 per cent are women, but that is, she said, ‘the most disappointing failure of my career.’

She fears current ‘fragmentation’ but doesn’t want cohesion through a British identity. In 2008 she defended Channel 4’s invitation to the President of Iran to deliver their Alternative Christmas Message, saying he had a valuable ‘alternative viewpoint.’

This report from the world of woke was confusing and contradictory but at least it revealed why Channel 4 News is now unwatchable.