The weird world of rabbiting Warren 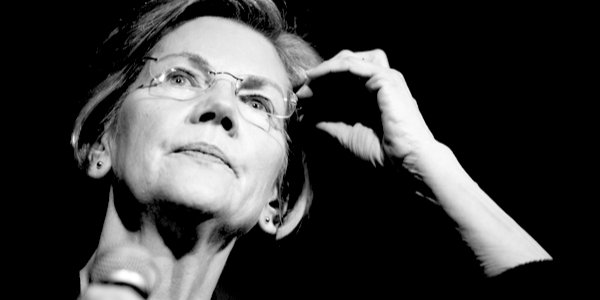 LAST week one of the remaining contenders for the Democratic Party’s presidential nomination released a statement which began: ‘One year from today, the next president will begin her first full day of work. She will be inheriting a government in crisis . . .’

Hang on: Her? She? The message sent on behalf of Senator Elizabeth Warren rabbits on, contentiously complaining of ‘children in cages at detention facilities’, ‘reckless foreign policy’ and ‘a bigoted ban on travellers from Muslim-majority countries’. However, this being the demented Democratic Party, the most crucial aspect of a candidate’s communiqué is the correct use of personal pronouns. So before reading on, let us first check that the ‘next president’ is being ‘treated with dignity and respect’.

Phew. Elizabeth’s bio confirms her personal pronouns to be ‘she/her/hers’. Hats off to the authors at Team Warren who did not inadvertently misgender their candidate.

Along with most of the other Democratic Party hopefuls, during last year Elizabeth Warren felt it expedient to make public ‘her’ personal pronouns. By including this information in ‘her’ Twitter profile, evidently ‘she’ now regards gender identification as more of a vote-winner than ethnicity: the self-identifying ‘Native American’ has been more circumspect since a DNA test revealed Warren’s minuscule Cherokee ancestry to be from between six and ten generations ago.

The woman who once sought minority advantage by registering for the State Bar of Texas as ‘American Indian’, a stunt for which The Donald ridicules her as ‘Pocahontas’, nonetheless continues to have her distant heritage celebrated on T-shirts which depict Elizabeth Warren as Chief Spreading Bull.

Also smelling of desperation last week was Warren’s piece explaining how the Senator – soon to be President, remember – intends to ‘restore integrity and competence to government after Trump’. One might naively assume that the best chance of competent governance is for it to be carried out by the most talented people, appointed on merit. Not Elizabeth Warren, who instead believes that because ‘federal government does a dismal job on diversity and inclusion’, ‘our government officials can best serve the American public when they reflect the diversity of the country itself’.

For the identity-obsessed Left, diversity trumps talent. The strategy of president-elect Warren therefore includes: ‘representation of LGBTQ+ people across all levels of government’, ‘attracting entry-level applicants for public service from . . . minority-serving institutions’ and ‘paid fellowship programs for federal jobs for people from marginalised communities and low-income applicants, including formerly incarcerated individuals’.

Apart from her curious desire to recruit more ex-felons, the stand-out pledge is Warren’s commitment to ‘build a Cabinet and senior leadership team that reflects the full diversity of America, including having at least 50 per cent of Cabinet positions filled by women and non-binary people’.

America’s natural-born adult females – only a subset of the gallimaufry now referred to as ‘women’ – ought to feel insulted by a proposal which is not only patronising but brackets them with the gender-confused. No doubt this plays well in Leftist echo chambers, but in 2016 voters in rust-belt states did not swing to Trump because of concerns that government lacked ‘non-binary’ representation.

In the clip below, Dave Rubin – gay, should his minority status be relevant – tells Fox News’s Tucker Carlson: ‘All of the Left has been captured by woke-ism, this idea that all of these supposedly oppressed groups – most of them are not really oppressed – can somehow come together and free everybody from the evil patriarchy . . . Business people and real people who want to achieve real goals, they don’t care about any of this stuff.’

In contrast, the loopy Left cares about little except infantile identity politics. The ‘real goal’ of Elizabeth Warren, according to Rubin, is to ‘hold together some sort of coalition of non-white and non-Christian people so she can sort of stick it to them’.

The statement issued last week by Team Warren ends by promising that the ‘next president’ will ‘urgently act to appoint officials who will bring integrity to public service’. However, only those whose gender and race tick the requisite boxes are welcome on Elizabeth Warren’s reservation.