The West’s surrender to Taliban terror 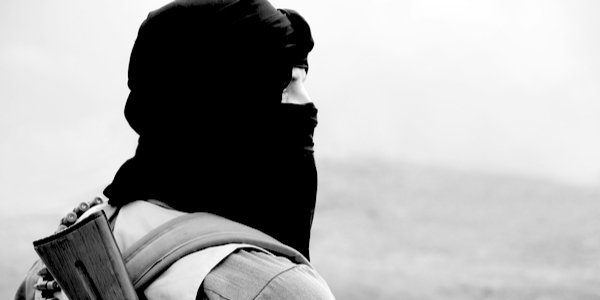 BY THE time the twentieth anniversary of the US invasion of Afghanistan rolls around in September 2021, the US and its partners will have lost another war, and the Taliban will have won.

I write this with no hyperbole or pleasure: the prospect disgusts me; the inept waste of Western treasure and blood for little net gain staggers me; I am sickened by the thought of our heroes and their families watching the return of a regime that they sacrificed so much to overthrow.

Yes, it’s now official, given an agreement signed on 29 February: the same Taliban that was the enemy in 2001 is recognised as de facto representative of most of Afghanistan. The US and its partners, including a dwindled but significant contingent from Britain, will withdraw by 2021. The ‘legitimate’ government in Kabul will be left to fend for itself without direct foreign combat support, although material aid might continue.

In many ways, this negotiation is rational: better to shed a losing investment, not to invest in failure, and cut one’s losses with whatever dignity and achievements remain. The military, diplomatic, and humanitarian intervention since 2001 has cost the US more than $1.5trillion (about twice as much as the British central government spends on everything in one year), thousands of American lives, and nearly 500 British. Afghan deaths are in the hundreds of thousands. Withdrawal is popular, and nearly all Presidential candidates agree.

However, cutting one’s losses sounds like cutting and running. At the same time as we can praise the West for choosing not to lose more treasure and lives in a lost cause, we must admit the waste, the dishonour, the hypocrisy. The US, with the support of its partners, including Britain, has been negotiating with terrorists for a decade, despite a policy of not negotiating with terrorists, despite a ‘war on terrorism’, despite a lingering objective of victory over the Taliban, despite investing in a cause it was simultaneously negotiating to abandon.

President Trump’s policy has failed and been reversed, but his policy was practically no different from his predecessors’. In many ways, he inherited an impossible legacy from Presidents Barack Obama and George W. Bush, and therefore is least to blame of the three of them.

Like them, Trump initially sought to reinforce and conquer. Unlike them, he quickly gave up. You can spin his U-turn both ways: to his credit, he is decisively giving up a hopeless task, but he is also giving in.

Trump came into office in 2017 on a policy of breaking the stalemate in Afghanistan by supporting the military with easier rules of engagement, an additional 5,000 troops, more investment in Afghan capacity, and warnings against Pakistani duplicity. This policy is essentially no different to his predecessors’ ‘surges’, except in a few materials and practices.

In 2018, the US asked Pakistan for help re-engaging the Taliban in a negotiated settlement. Yes, you read that right: ‘re-engaging.’ The US has been negotiating for a decade, since the early years of the Obama administration. This negotiation legitimised the enemy and helped it to consolidate its loose allegiances into a hierarchical government.

To evade its own laws and policies, the US engaged in smelly semantic and legalistic tricks. For instance, the major actor in the Taliban is a familial/tribal criminal enterprise and militia known as the ‘Haqqani network’ (after its leader’s family name). It formally joined the Taliban in the 1990s, and supported al-Qaeda from the 1980s through the 2000s. Yet, in 2010, the Department of State (Hillary Clinton was its Secretary then) quietly removed the network from the official list of terrorist groups, even though it continued to designate some of the Haqqanis, and their supporters, as terrorists. This sleight of hand freed the Department to negotiate. In 2012, Congress passed a law giving the Department 30 days to re-designate the network as terrorist or explain why not. Clinton complied, but reiterated the policy of building Afghan military capacity while ‘pursuing Afghan-led reconciliation’: ‘We will continue to work with both Afghanistan and Pakistan to move these efforts forward and build a more peaceful and secure future.’

Secret negotiations continued, on and off, with the Taliban’s de facto diplomats in Doha, Qatar. These negotiations have been messy, with the US, Afghani, and Pakistani central governments often negotiating independently while they continued to wage war in Afghanistan itself.

The Trump administration formally started its negotiations with the Taliban in September 2018, with Pakistan’s help, which proves that Pakistan too is a winner here: it preserves its imperialist, selfish, illegal, and destabilising intervention in Afghanistan, and gets to be involved in the negotiations, nominally as an interlocutor, but practically on the winning side.

The deal of 29 February was signed publicly, but some of the items are disputed or unresolved. The US maintains that the talks included the cessation of hostilities, the end of Taliban support for terrorist groups, a peace deal between the Taliban and the central government, and Western military withdrawal. However, the US seems to have been caught in another semantic convenience: ‘talking’ about these items is not the same as ‘agreeing’.

The Taliban says that it rejected a ceasefire and any talks with central government, which it characterises as illegitimate. (Democratic it may be, but it is also corrupt and inept, and cannot assert power much beyond the capital, which itself remains insecure.)

In any case, any promise not to support terrorism is unenforceable once the West leaves, except via remote air strikes or special operations raids, which will be much riskier once the West has no forward operating bases in the country.

The US has committed to reducing its troops from 14,000 to 8,600 within six months, and removing the rest within another 14 months, although this schedule hasn’t been confirmed. The US will make its final withdrawal conditional on continued good faith; the Taliban will continue to hold out the threat of more terrorism and insurgency if the US drags its heels. Meanwhile, Pakistan, Iran and the Islamic State are actively contesting Afghanistan; sometimes Russia is involved, at least as an interlocuter.

Many analysts have drawn the obvious analogy with US withdrawal from Vietnam. The implications of this episode are shameful. Henry Kissinger, then the National Security Adviser, led secret negotiations with the North Vietnamese in China, which was nominally neutral but known to be a material supporter of the enemy. The eventual agreement for US withdrawal was public, except for Kissinger’s secret betrayal of the South Vietnamese government, in return for ‘a decent interval, say 18 months’ before Communist takeover. The fighting restarted within months of the ‘Peace Accord’; and resolved in Communist victory two years later. Kissinger himself declared ‘peace with honour’ and won the Nobel Peace Prize in 1973 (two years before South Vietnam fell). If this episode is an accurate precedent, then we can expect the Taliban to start its final victory campaign within months of Western withdrawal in 2021. The West might hang around for years on its current indeterminate commitment, but the West certainly won’t win, the central government certainly won’t improve its position, and the Taliban certainly will expand its de facto state.

Pakistan will mostly win: it might try to play both sides in pursuit of some balance between the Taliban and the central government, rather than let the Taliban win and lose its dependence on Pakistan. At the same time, some Pakistanis are worried that the Taliban’s gains will embolden Pakistani extremists (including Taliban factions), for whom the Pakistani constitution is not Islamist enough.

If the Taliban were to enter central government, then surely the constitution will need to change, such as the protections for women’s rights. Perhaps the Taliban’s consideration of central government is just an act, another play for time, while the West withdraws. The Taliban’s chances of outright military success only increase with time; the chances of Western re-intervention are negligible (short of some egregious anti-Western act like 9/11), and the Taliban is emboldened by Western withdrawal. Reportedly, its view of America’s negotiation is ‘America’s surrender’.

This view reminds us that Western withdrawal has uncomfortable long-term consequences beyond the region. The West looks diminished. The rest are emboldened: the terrorists, terrorist-sponsoring and destabilising states (Pakistan and Iran), anti-Western states (Russia), Marxists and other anti-Western rhetoricians (most of the Parliamentary Labour Party), the rising hegemon (China), and the neoliberal institutionalists whose solution to all international issues is always more ‘openness’ and supranationalism (Blairites, George Soros, and the EU). Indeed, in the same week, the International Criminal Court opened an investigation into war crimes in Afghanistan, even though none of the US or Afghanistan’s neighbours is party to the court.

Over time, Western discomfort will only increase; we already know from the more sophisticated surveys that while most Americans support withdrawal, they do not support a negotiated settlement with the Taliban.  Yet a negotiated settlement is only the first bitter pill to swallow, because it leads inevitably to Taliban victory – not next year perhaps, maybe not for years, but certainly next decade. In Taliban time, next decade is soon.