NewsPaperthe art of publishing
HomeNewsThe Wise Men from the East – a mystery solved?
67

The Wise Men from the East – a mystery solved? 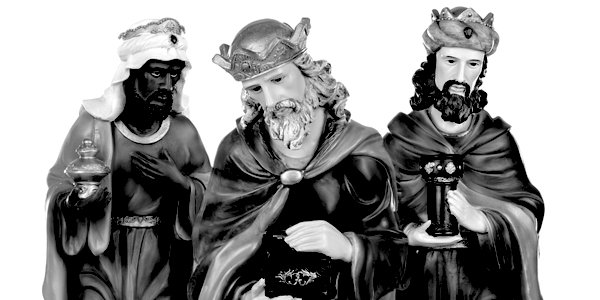 TODAY is Epiphany, when the visit of the Wise Men to the infant Jesus is remembered. For nearly two millennia there has been speculation and much legend-making about this event, recorded in Matthew’s gospel (Matthew ch.2vv1-12).

Can the many mysteries be resolved? I believe they can. Whence did they come? We are told: from the East. Why? Because they had seen the star which signified the birth of a Jewish king. How did they know about such an event in the first place? They must have known about the Jews and their Scriptures.

This gives us an important clue. The only likely place ‘in the east’ was Babylon. It was here that some 500 years before, the Jewish people had lived in exile, taking with them their Scriptures. Unlike everyone else in Babylon (excepting the elite) they were all literate. This was noticed by the Babylonian rulers who recruited some of them for their Civil Service – a kind of École (College) nationale d’administration. The book of Daniel records some of the stories about this.

The first story tells how the College was nearly wiped out by an angry king who had had a dream which he couldn’t remember. He demanded the wise men of the College tell him the dream and its meaning, on pain of death. Only by the intervention of Daniel was the College saved (read about it in Daniel ch.2) from extinction and its wise men from massacre.

Later in the book Daniel records prophecies about what would happen in the Middle East, including the invasion of Alexander the Great who defeated Darius III in 331BC at Gaugamela. This further cemented his posthumous reputation for the College; so much so that Daniel’s tomb (near Susa) remains an important shrine to this day (Google ‘tomb of Daniel’).

Also in the latter part of the book there is a vision in which Daniel is told about the future of his people:

Know and understand this: From the issuing of the decree to restore and rebuild Jerusalem until the Anointed One (that the Messiah), the ruler, comes, there will be seven ‘sevens’, and sixty-two ‘sevens’.

It will be rebuilt with streets and a trench, but in times of trouble. After the sixty-two ‘sevens’, the Anointed One will be cut off and will have nothing. The people of the ruler who will come will destroy the city and the sanctuary.

All very cryptic? Not quite!

The date of the decree (which is recorded in the book of Ezra 7:11f) to rebuild the Temple can be dated to about 458BC.

Then comes the maths! So, look away now if this isn’t your bag!

This date is when ‘the Anointed One will be cut off and will have nothing’, in other words he dies. So he would have been born about 30 years before this.

So if the wise men in Babylon were paying attention, they might have been looking for an indication of the birth.

‘There shall come a Star out of Jacob, and a Sceptre shall rise out of Israel’ (Book of Numbers ch.24:17). If this was their source of knowledge it would explain:

(1) Why they knew when and where the king was to be born, but

Being, amongst other things, astrologers, some strange star or ‘light’ would have attracted attention of the wise men (they had yet to learn that astrology was wrong). However Matthew ch.2v9 says: ‘After they had heard the king, they went on their way, and the star they had seen in the east went ahead of them until it stopped over the place where the child was.’ This is certainly odd behaviour for a star!

Could it have been a special ‘star’ or light which was in fact the glory of God? Like the pillar of fire in the desert which led the Israelites, so too this light would lead the wise men. But they would naturally have taken it to be a star of some kind. The Greek word aster (star) permits this understanding.

We are not told how many of these wise men there were. The three gifts are the only clue, but not conclusive. The College in Babylon was not far from the ancient ‘silk route’ so the possibility that some of the wise men came from further east still, from India or China, cannot be ruled out.

As I mentioned in my piece on Luke’s account, Joseph, Mary and Jesus had moved from the stable to a house and the likely time of this visitation was about three months after the birth – which, on my dating, takes us into January. So it looks as if Epiphany comes at about the right time of year.

So why does Luke record none of this? Because the gospel of Matthew was in circulation at least ten years before Luke’s own account. There are papyrus fragments of Matthew’s gospel found in Egypt which can be dated by writing style to around AD 50 (see The Jesus Papyrus by Carsten Thiede and Matthew D’Ancona). Therefore Luke could safely leave it out because, like anyone writing a book in his day, he had limited space – the length of a standard scroll.