The woke public school where Pride comes before St Paul 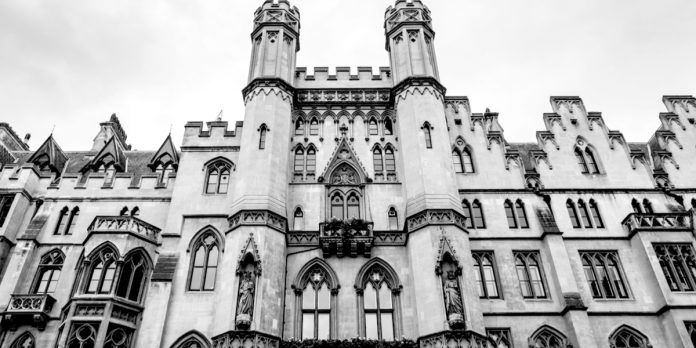 FORMER pupils of exclusive Westminster School have just received their invitations to the ‘Pride Pub Night’ of the Elizabethan Club, the association for the school’s alumni.

It says: ‘Please join us for our inaugural Pride Drinks, to celebrate the Club’s LGBTQ+ community. These drinks kick-off (sic) a new series of events, focused on diversity and inclusion.’

The invitation has ‘PRIDE MONTH JUNE 2022’ emblazoned on rainbow colours below the school’s crest.  Reflecting the fact that Westminster School was founded by Christians in the reign of Queen Elizabeth I, the crest has a cross in it and a motto with a Latin translation of ancient Greek words from the New Testament: Dat Deus Incrementum (God gives the increase).

That is a quotation from St Paul’s first letter to the Christian church in 1st century Corinth (1 Corinthians 3v7).

This is the same Apostle Paul who wrote in the same letter: ‘Know ye not that the unrighteous shall not inherit the kingdom of God? Be not deceived: Neither fornicators, nor idolaters, nor adulterers, nor effeminate, nor abusers of themselves with mankind, nor thieves, nor covetous, nor drunkards, nor revilers, nor extortioners shall inherit the kingdom of God’ (1 Corinthians 6v9-10 – Authorised Version).

This would indicate that Pauline Christianity and the sexual permissiveness promoted by Pride are morally incompatible. So, if the school really is committed to the LGBTQ+ agenda, surely it should abolish its current crest and get rid of its motto?

But such spiritual dilemmas do not bother the school’s authorities or apparently the pupils’ parents, who pay more annually in fees, boarding and day, than most British people earn – ranging from £21,321 per annum for the preparatory under-school to £43,272 a year for main school boarders.

Political correctness has been tightening its grip on the school for more than a decade now, without any noticeable resistance from parents.

But what is bewildering about the acquiescence of Westminster parents in the school’s aggressive wokery is that the philosophy underlying it, namely neo-Marxism, is an egalitarian creed that runs counter to the privileged choice these people have made for their children.

So why, in a democratic country where they have the choice to send their children to an independent school with a Christian foundation, are they being so supine before woke activists pushing identity politics?