The woman who could be France’s Mrs Thatcher 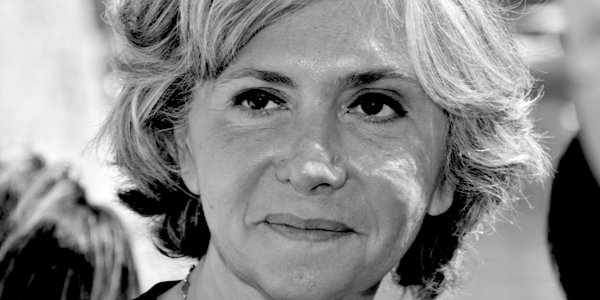 THE choice of Valerie Pecresse as the presidential candidate of the Gaullist Les Republicains could be the jolt that rescues France’s mainstream centre-Right from the political doldrums and seriously endangers the re-election of President Macron.

Pecresse, who has shown Margaret Thatcher’s fierceness of purpose in a political career that has included senior ministerial posts, was chosen at the party’s nominating congress at the weekend and has a credible opportunity to become France’s first female president.

‘Valerie will be Macron’s worst nightmare,’ one of her close supporters promised. She will bring a fresh excitement to the campaign, especially with women voters.

Pecresse herself proclaimed: ‘Nothing is said and done. We aren’t condemned either to disorder or decline. Our country is stuffed full of talent and energy. It is not France that is in question but its system of political stagnation and fear of acting clearly and strongly.’

A 54-year-old mother of three, she is currently president of the Paris region and is an énarque or graduate of France’s top administrative school which provides most of the country’s political élite.

As a woman of proven integrity and competence, Pecresse can promise a new beginning for the Républicains, who have been tarnished by years of financial corruption which destroyed their 2017 candidate, François Fillon. He was convicted of illegally giving fictive jobs to family members, including his British wife, which cost the state a million euros.

The Right have been out of power since Nicholas Sarkozy, who is himself still being pursued on corruption charges, was denied re-election in 2012 after five personally tumultuous years in theElysée.

Until now Macron has been on a reasonably secure course to keep his job at the May election, if only because of the defects of his opposition led by the populists Eric Zemmour and Marine Le Pen both fighting for the same constituency in the disaffected bottom tier. The Républicains have been in fourth place with the staid Xavier Bertrand fronting their candidates.

The takeover of the Républicains by Pecresse makes her a real contender against Macron. He benefited last time from the electorate’s disgust with the centre-Right and the centre-Left but has never captured their hearts. Voters see him as cold and arrogant and time spent dealing with Covid has sunk his promised reforms.

That said, Pecresse has a lot of ground to make up. Polls mostly put Macron at 24 per cent with Pecresse at 12 per cent, behind now-defeated Bertrand on 15. These figures could change quickly now that the Républicains have named a highly qualified candidate who is a more acceptable alternative to either of the populists.

In the decisive second round of the election, Macron would easily defeat Zemmour and his anti-immigrant project and Le Pen, who leads the former Front National which has curbed its own opposition to immigration but for whom a majority of the French consistently refuse to vote.

If Pecresse made it to the second round, which is within reach, Macron would have a fight on his hands given that the Républicains are a more professional outfit than the president’s own LREM party which he put together on the hoof in 2017 at the height of the Fillon scandal.

Given her successful record, voters might be attracted to the idea of making her their first woman president. Ségolene Royal, who fought against Sarkozy for the Socialist Party in 2007, was the first woman candidate but faltered during the campaign. Marine Le Pen, who inherited her party from her father, is no one’s idea of a national leader.

Pecresse won the party’s crown at the LR congress on Saturday, decisively beating Eric Ciotti 60-39. The original field of five included Jacques Barnier, who negotiated Brexit on behalf of the EU.

Zemmour, a journalist and writer rather than a politician, has soaked up most attention in recent weeks by teasingly refusing to say whether he would run despite having overtaken Le Pen in the polls. He finally declared last week.

The choice of Pecresse means that all the main contenders are now in place and the focus in future will be on what they represent, what they promise and how they perform between now and May.

The only thing thing that can be said with certainty about this election is that the Left and the Greens, who are noisy but unrepresentative, will be irrelevant to the outcome.