The word for our leaders is ‘traitors’ 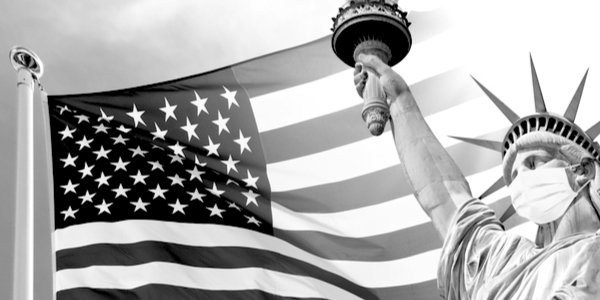 ON September 21, 1780, during the American Revolution, an American general named Benedict Arnold discussed handing over the military fort at West Point with British Major John André. His price was £10,000 and a commission in the British Army.

Arnold’s plan was foiled and he fled. André was less fortunate; he was captured, given a swift military trial, and hanged. Arnold subsequently led British troops against his compatriots in Virginia and Connecticut. He quit his country to live in London, where he died, aged 60, in 1801. Never trusted by the British, he did not receive the monies and positions he expected.

He is reported in Clifton Johnson’s The Picturesque Hudson (1915) to have recanted on his deathbed, saying, ‘Let me die in this old uniform in which I fought my battles. May God forgive me for ever having put on another.’

According to Eric D Lehman, author of Homegrown Terror: Benedict Arnold and the Burning of New London, Arnold had been ‘a brave and skilful leader’ in the early war and was expected to rise to political heights. But he was deeply in debt, and newly married to his second wife, Margaret ‘Peggy’ Shippen, described as ‘an ambitious woman’.

Peggy was accustomed to a ‘certain standard of living’ and it is thought that she instigated the contact between her husband and the British as a way to maintain her lifestyle.

A man with a demanding younger wife and insufficient money to satisfy her tastes has a problem.

According to Lehman, who analysed his letters, Arnold was articulate and amusing, but he was also ‘lacking [in] feeling’, ‘sociopathic’ and prone to temper. ‘The number one thing I found across [his correspondence] was his selfish ambition.’

The US Constitution defines only a single criminal act, treason. It does so in a manner intended to restrict its use against political opponents. Article III, Section 3, Clause 1 reads: ‘Treason against the United States, shall consist only in levying War against them, or in adhering to their Enemies, giving them Aid and Comfort.’

This is based on Britain’s 1351 Treason Act, which is still in force.

Writing on the World Socialist Web Site last year, Simon Whelan claimed that the ‘Conservative’ government intended to repurpose the Treason Act ‘to suppress dissent and protest in the UK . . . exacerbate an already poisonous political atmosphere, and advance the country towards a police state’. He may well be right.

There is no doubt that the UK government is acutely aware of growing opposition to its policies and is seeking to enforce ever more control over citizens; see the Police, Crime, Sentencing and Courts Bill 2021 ‘factsheet’ for an example.

Already in Scotland, the Hate Crime and Public Order Act 2021 criminalises people for merely voicing opinions and facts at variance with government newspeak. Anyone or any organisation accused of breaching governmental rules may find themselves identified as enemies of the State.

A year or two ago, this would have seemed a far-fetched idea, but governments almost everywhere are acting with reckless disregard for their moral and legal obligations. In the UK and the US, leaders have chosen to put the ambitions of globalist cabals before the welfare of their people, and in the words of both the UK Treason Act and the US Constitution, given them ‘aid and comfort’.

Some jurists used to consider that a formal declaration of war was necessary before any treason charge but this is naïve in a time where wars are rarely openly declared. What we are going through now is a different kind of war; one where the enemy aim is to restructure the global order and establish absolute social control.

It is plain that the majority of our political ruling class have capitulated. I say that Boris Johnson and Joe Biden are traitors. They have emboldened our enemies, undermined the welfare of their people, destroyed society, and endangered the lives they swore to protect.

Both, to their eternal shame, have acted in lockstep with the Davos mandate. They long ago cast off any pretence at democracy and have instructed health providers, the MSM, public servants and the police (who in the UK ‘serve at the common consent of the public’) to enforce compliance.

Biden has been in power for just eight months and already he has broken almost every promise he made to US citizens. Remember ‘I will now be an American president for all Americans . . . a nation united. A nation strengthened. A nation healed’?

Those fine words ring hollow now. President Biden has crippled the US capacity to be self-sufficient in oil and gas, imposed Critical Race Theory on children and identified the ‘real enemy’ of America as ‘white supremacists’, in other words the 75million who voted for Donald Trump in 2020.

He has abandoned the Southern States to deal with thousands of illegal migrants, given China cover for their bio-weapons experimentation, imposed experimental medical procedures on people to their detriment (the VAERS data show that more than 150,000 deaths are due to the jabs) and enriched Big Pharma and Big Tech.

He has abandoned people and weaponry to the medieval cult of the Taliban and protected General Mark Milley, the chair of the Joint Chiefs of Staff, who colluded with the Chinese Communist Army. Some people judge the Biden administration to be neo-Marxist: my view is that it is raw Bolshevism.

He denied the old and the weak succour in their dying days, destroyed thousands of small businesses, disrupted children and young people’s education and wellbeing, persistently manipulated data on hospital occupancy and deaths from and with Covid, and permitted cronies and Big Pharma to monetise the Covid 19 outbreak.

As in the US, medico-technical apparatchiks were brainwashed and coerced into injecting experimental drugs into our population, including children and young people. Now we seeing some of the resultant harms.

We have been betrayed. It is time to assert the ‘sovereignty of the people’ and to call out what we see before our eyes – treason.