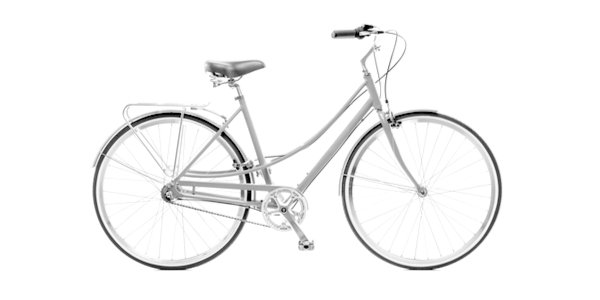 I HAVE recently returned home after three months cycling around Spain and France. Wild-camping for the duration, and slurping rather disgusting, cold soluble-coffee from a collapsible bowl (made palatable with generous squeezes of condensed milk) I had no requirement to enter any building other than a supermarket, and hence no reason to ‘assert’ my Covid status.

In August, however, the noose around France quickly tightened, and I chose to return home prematurely before Johnson, Macron or Sanchez caught out me or my dwindling bank balance with a hastily conceived, ludicrous new Covid-related directive.

I travel for the myriad benefits to my mental health, not for giggles: two weeks on a Majorcan beach would depress, not rejuvenate me. Cycling for months on end constitutes my reprieve from both the mundanity of the rat-race and the oft-banality of British culture, and I am mildly terrified that my days of romantic vagabonding are in their death throes.

For many, unceasing restrictions upon movement have radically altered their perception of travel: the freedom to roam now considered a reprehensible western luxury. They have been nudged into believing that ‘staycations’ are the only viable safe option remaining. Pasties, seagulls, frigid waters, drizzle, a decrepit amusement park.

The traffic-light system for travel has once again been overhauled, but only in favour of the double-jabbed. Its reconfiguration is nothing other than a ploy to persuade resistant stragglers into surrendering to the vaccine, and manipulate public perception of the benefits of Covid-19 vaccination as its deplorable rollout to children gets under way.

It comes as little surprise, then, that adjustments to the testing regime for the fully vaccinated are planned for the end of October, conveniently coinciding with the return of half-term holidaymakers. Yet another carrot on the same old stick.

However there is an elephant in the room vis-a-vis travel, and the ramifications of ignoring it will prove far more catastrophic than the squandering of hard-earned money on a second-choice week on the ‘English Riviera’.

If nations continue along the current trajectory of hypochondriacal travel restrictions designed to distort public perception of movement and not the biological spread of a virus, a new unspoken classification of country will soon emerge above red – forgotten.

According to Oxfam, ‘the 1,000 richest people on the planet recouped their Covid-19 losses within just nine months, but it could take more than a decade for the world’s poorest to recover from the economic impacts of the pandemic . . . We stand to witness the greatest rise in inequality since records began. The deep divide between the rich and poor is proving as deadly as the virus.’

If the travel sector continues to be destabilised, provoking a fear of straying too far from home, the poor of the world, often dependent on tourism, risk being redacted for good.

Compounding this tragedy, all aid and press agencies will inevitably soon mandate staff vaccination. Pro-vaccine people tend to favour some if not all aspects of the official line, and in conjunction with depleted levels of international tourism, independent journalism all but prohibited, and all vaccine-refusing aid workers struck off, who will be impartially relaying the plight of the forgotten?

Impoverished peoples and nations on the brink of imploding need the eyes of the world fixed firmly upon them if they are to stand any chance of rejoining the supposed human race, or even of surviving. The universal, demented response to a virus hogging the geopolitical limelight is simultaneously proving itself the antithesis of humanitarianism.

The power structures typically responsible for the shackling of the poor are the very same entities we now witness harnessing Covid-19 to propagate their frightening newspeak Build Back Better project. Domestic populations forbidden and lacking the courage to venture into poverty-stricken regions means even further isolation of their inhabitants from our rapidly de-civilising world.

Colonialism aside, our nation has a rich history of exploration, adventure and far-flung travel. On my own simple jaunts, friendly locals have expressed amazement at the distance I can cover on a bicycle, self-supported: ‘You British are crazy’ they sometimes say, with a wry smile.

For all our grotesque tan-lines, penchant for Irish pubs and greasy spoons, our refusal to learn the basics of a foreign language, our flouting of local customs and bumbling cultural faux-pas, Brits adore meeting new peoples. To explore is a rite of passage. It can glue different cultures together; it’s the basis of toleration and understanding.

Whilst governments play traffic lights, QR codes and pointless PCR testing, the poor of the developing world are in danger of disappearing under the waves for good. Global travel restrictions and their alleged relaxation are just one more Covidian gambit and one more diversion of attention from the grim truth. They are a means by which governments around the world can rein in the wanderlust of their citizenry, so that they eventually dissociate themselves from the plight of the faraway poor.