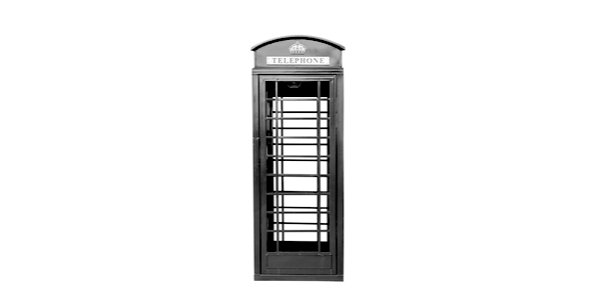 THE current epicentre of the Black Lives Matter controversy isn’t Minneapolis, Los Angeles, or even London or Bristol … it’s Urchfont, a picture-postcard village in the heart of rural Wiltshire.

There, amid the thatched cottages, trimmed hedges and charming local duck pond, a supposed ‘racism’ row is bubbling – focused on a disused red telephone box.

Urchfont parish council acquired the kiosk from BT two years ago and uses it for small community exhibitions and displays, overseen by a dedicated team, the Community Bell Group.

But when several local white teenagers asked to put on a BLM-inspired ‘anti-racism’ display in the phone box, they were refused, because it is only for non-political community purposes. Now the story has developed into a ‘racism’ row, on the theme of crusty old parish councillors banning well-meaning youngsters’ protests.

But closer examination shows the story isn’t quite so straightforward. And what is not immediately made clear is that all this happened in July.

The issue has now made the news after it was publicised by BLM in the Stix, an offshoot of BLM which ‘helps rural  communities across the UK to fight racism in their local area’.

According to the council minutes, the initial request for the teenagers to use the phone box came from a parish councillor, Lisa Kinnaird.

On June 6, she wrote to the Community Bell Group saying that her daughter Emily and some friends ‘have asked if they could do a display on Black Lives Matter and the history behind the movement. They are all 16 years old and Emily is going on to study history at A-level and believes education can help to raise awareness and fight racism.’

The request was turned down. Then Emily Kinnaird wrote: ‘Recently, me and my friends thought it would be beneficial if Urchfont showed its support for the Black community. I think it is important to use education to raise awareness of racism especially in predominantly white Wiltshire!

‘We thought it would be a good idea to do a display in the Urchfont phone box with a tribute to George Floyd and some statistics of police brutality in America and a bit about the history of slavery and colonialism. We hope this will help raise awareness, now is the time to be actively anti-racist, not quietly non-racist.’

When this was also turned down, the teenagers – calling themselves Youth of Urchfont – went directly to the parish council with a ‘petition’ and a sanitised version of their proposal. This did not now mention BLM, but said they wanted to create a ‘cultural and historical information display’, with ‘a gallery of art, photography and history to form a display about racism’.

The parish council discussed the issue on July 8, via remote video link because of the lockdown, with the teenagers and other villagers allowed to contribute.

One of the youth group, Polly Maton, questioned whether the kiosk had previously been used for political displays, citing as an example a VE-Day picture of a soldier.  She was told that that had been a local commemoration based on names on the war memorial and memories of events held locally in 1945.

Richard Kemp, husband of councillor Maria Kemp, said the decision to reject the teenagers’ request should have been accepted. ‘I see no justification for revisiting that decision now, save vested self-interest,’ he added.

‘While not mentioned in the current proposal (contrary to the initial request) BLM, a patently political movement, is clearly the catalyst, a movement that is demonstrably contentious and of itself offers little to enhance the lives of the Urchfont community.

‘Both the previous and current requests clearly indicate that it serves the particular interests of a specific group and therefore, regardless of merit, does not meet the criteria of applying to the broader community.

‘Unfortunately, a mood of “if you are not with us then you must be against us” currently prevails and it can be easier to acquiesce in the face of public demand, against the better judgment of the individual or organisation, when that position is both emotive and forcefully declared.’

He said the petition differed significantly from the rejected requests in language, tone and content. ‘Consideration might be given as to whether the original objective is simply being pursued by a different route.’

Emily Kinnaird’s father, David Kinnaird, told the council he was ‘delighted and proud’ over the teenagers’ campaign. ‘We live in an ethnically homogenous bubble and they have reached beyond that to grab this huge issue in our wider society and bring that back to Urchfont,’ he said.

The request to use the phone box was rejected by a 5-3 vote. Lisa Kinnaird immediately resigned from the council, saying: ‘It is clear my own world view is diametrically different from many of the views expressed here tonight.’

Mr Kinnaird was later quoted in an interview on the Wiltshire events website as saying the teenagers had never suggested any support for the BLM movement. ‘When they first messaged the Community Bell to say they wanted to do something, they immediately said BLM might be too political, and so the kids knew that this was off the table.

‘Sadly, and predictably, most of the opposition stemmed from perception of what the movement represents, and not to what was actually proposed. In fact, they didn’t really know what they wanted to display, no idea at all really, just wanted to do something. It was lockdown, they hadn’t been to school for months and wanted to do something …’

However, it’s worth noting that on the Sun and Mail Online websites, a picture of teenagers in front of the Urchfont phone box shows one of them holding a BLM clenched fist logo.

One question that remains unanswered is whether these ardent young idealists were out and about campaigning on the issue of rural racism before George Floyd died in May. Perish the thought that when the BLM bandwagon rolled into their sleepy, locked-down village where there wasn’t much else going on, they just decided to get on board for the ride.

Given the worrying nature of BLM in the United States, perhaps it might benefit the teenagers to look a little deeper into the aims of the British wing of the organisation.

It has said it is ‘guided by a commitment to dismantle imperialism, capitalism, white-supremacy, patriarchy and the state structures that disproportionately harm black people in Britain and around the world. We build deep relationships across the diaspora and strategise to challenge the rise of the authoritarian right-wing across the world, from Brazil to Britain.’

Had the teenagers’ display been allowed, would that bit of ‘education’ have gone up in the Urchfont phone box?