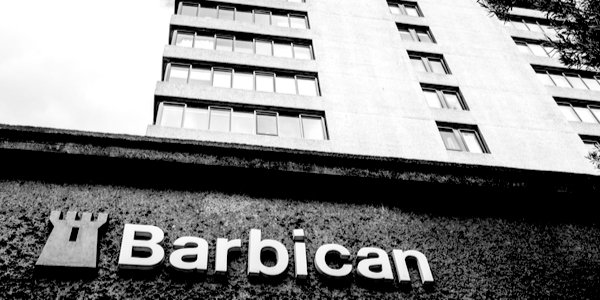 FROM 1982 the RSC at the Barbican made Shakespeare a real presence in London. The theatre was easy to get to with a new Tube station, it had a thousand comfortable seats and air-con. The first Barbican RSC shows, directed by Trevor Nunn, starred Patrick Stewart, Timothy Dalton and Harriet Walter. That was all made possible by the generosity of the City of London Corporation who gave millions of pounds.

In 1991 the RSC left London because then artistic director Adrian Noble decided that while the company might be good enough for Dame Judi Dench and Ralph Fiennes, it needed American stars to make it sexy, and he worried that it was too ‘elitist’, seen only by a select group who really liked Shakespeare.

‘We want to put on Shakespeare in the heart of the West End,’ Noble explained. ‘In larger venues where more people can see them.’ The trouble was when they did make rare appearances in ‘Theatreland’ Shakespeare was turned into cultural fodder for tourists who slept through most performances, and ticket prices escalated.

Noble was perhaps the first example of extreme arts posturing in the face of reality, and that may be his legacy as now it seems everyone in the arts is doing it.

Last year the Science Museum group faced an open letter from nearly fifty scientists objecting to its partnerships with companies involved in the fossil fuel industry. The Science Museum in Manchester lost three major exhibitors from its Science Festival in protest at sponsorship from Shell Oil. In March the National Portrait Gallery refused a £1million donation from the US Sackler family, whose pharmaceutical company Purdue Pharma manufactures the addictive opioid painkiller OxyContin.

Jess Worth, co-director of the pious-sounding pressure group ‘Culture Unstained’, said: ‘This raises the question of whether the gallery will now apply the same standards to its BP sponsorship in the midst of a climate crisis. BP sponsorship now, like the Sackler donation, looks ethically untenable.’

She was right. In June anti-oil activists blocked the NPG’s entrance to protest against BP sponsorship. In July, 78 artists including Antony Gormley and Anish Kapoor signed a letter demanding that the gallery drop its contact with BP, which spends £7.5million per year on arts and has sponsored the NPG’s Portrait Award for 30 years.

At the same time, the group Extinction Rebellion staged ‘die-ins’ at Tate Modern and the Natural History Museum. Culture Unstained lobbied the British and Science Museums to end oil sponsorship. They are part of the Art Not Oil ‘coalition’ which includes groups such as ‘Liberate Tate’, a collective of activists who ‘explore the role of creative intervention in social change’.

Now the RSC is after the zeitgeist again, annoucing the end of its links with BP. The reason given is that schoolchildren have threatened to boycott it if it doesn’t. A group of pupils had written a letter calling its link with BP ‘a stain’. That word again.

‘Young people are telling us that BP sponsorship is putting a barrier between them and their wish to engage with the RSC,’ the company said. The pomposity of this might be funny if it weren’t that BP has subsidised the RSC’s £5 ticket scheme for 16- to 25-year-olds for eight years, allowing 80,000 young people to see performances at reduced rates.

It seems that we now live in a bizarre world where children not only refuse to go to the theatre but threaten to close them down if they don’t like their accounts. Major global companies bow down before them, and leading directors are intimidated by abusive tweets.

Children, tiresome celebs and ‘artists’ are feeding into a new culture of virtue-signalling ‘environmentalism’ which is fast becoming part of a broader anti-capitalism movement, crossing from peaceful protest into civil disobedience, and perhaps soon into a new form of terrorism.

These movements are not just about protecting the ice-cap. Last year, a third of the artists featured in an exhibition of political protest at London’s Design Museum pulled out because the museum had hosted an event for an Italian company specialising in aerospace, defence and security. Several artists and performers dropped out of the Great Exhibition of the North, in Newcastle-Gateshead, after BAE Systems was named as a main partner. Like the Greenham women, many green activists don’t think the West should defend itself.

The Sackler family, the first people in the US to fight for the racial integration of blood banks, have been tried only in the court of public opinion. As Jewish plutocrats they have been targeted in this intensifying ideological war and have denied allegations in lawsuits that they contributed to the US opioid crisis, pointing out that heroin is more significant than prescription painkillers.

Sir David Attenborough recently said that it’s not possible ‘to be radical enough’. Does he really want to be represented by humourless little girls and ruthlessly self-righteous, posturing puritans who are anti-capitalists in disguise? At their recent conference. Labour promised to ‘fix the planet’ if they get into power.

No one (apart from Ken Clarke) would want to take money from a cigarette company, but while no one is forced to smoke, take heroin or to go to the theatre, we all still rely on gas and oil. Like the need for bums on seats in the theatre, that is the reality.