NewsPaperthe art of publishing
HomeLaura PerrinsThere is male. There is female. And there is the right to...
212

There is male. There is female. And there is the right to privacy 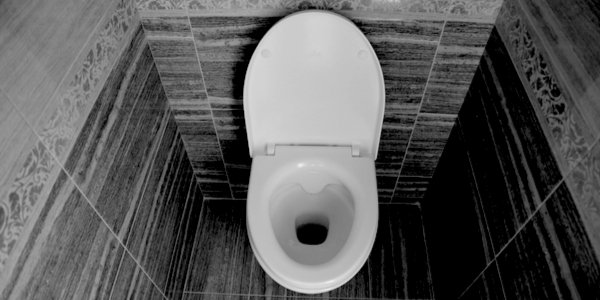 The answer to the transgender debate, according to Alice Thomson in the Times, is to ‘talk less about gender’. Oh really, I thought. So we will not be hearing any more about the ‘gender pay gap’ or how so-and-so is the first woman to achieve a particular milestone? I doubt it.

In this infantile piece, Thomson essentially conflates gender with sex. In fact, that is what the entire transgender debate is about. Activists say they don’t fit into a particular gender stereotype and then demand spaces that are allocated on the basis of biological sex. There may be ‘gender fluid’ people out there but there are no ‘biologically fluid’ people. There is male and there is female and although there are a tiny minority whose chromosomes do not follow the XX or XY distinction, that is a biological condition and not what this debate is about.

We are born either male or female, and this is recognised by the State in the form of a birth certificate. It is not something the State ‘allocates’ to us – it merely acknowledges a biological truth.

If you don’t want to go along with the feminine or masculine stereotypes of a culture, that is fine. But that does not mean men should access spaces that are allocated to women on the basis of biological differences, owing to the critical differences between the male and female body.

This is not about ‘glittery nail varnish and long dresses’, this is about asking women who have been raped to share their refuges with biological men; this (in an era of #MeToo hysteria over sexual harassment) is about asking women to share bathroom facilities with their male colleagues in ‘gender-neutral’ loos; this is about mandating teenage girls to share sleeping facilities on girl guide trips with teenage boys. This will not end well.

Thomson actually asks, ‘Everyone has unisex loos at home, why not in public places?’ This woman writes for the Times, the Times! so you would think she knows the difference between public and private. Let me spell it out – there is a big difference between sharing a bathroom with one’s husband and sharing it with some random bloke off the street. There is a big difference between one’s daughter sharing the bathroom with her brother and sharing it with a man she has never met. Do you leave your home open for all comers to use your bathroom? No, so we see the distinction.

Women having private spaces such as bathrooms and changing facilities was once seen as progress – now it is seen as intolerance. These spaces are allocated because of the real difference between the male and female body, not because of how someone might dress or ‘feel’. But the feminists, having protested for years that there are few if any biological differences between men and women, now see their chickens come home to roost.

The truth is that men cannot become women. To say otherwise is to return to mysticism and move away from objective reality. You can get on that train if you want to, but I’m staying here on the platform called ‘reality’.

As well as the appropriation of womanhood (and if you look at the most high-profile trans-people, pretty much all are men who identify as women, unsurprisingly) this agenda seeks further to feminise men and boys. It should not surprise us that when boys are shamed merely for their boyhood in a society that calls masculinity itself ‘toxic’, some become confused. If this masculinity thing is so rotten, maybe it would just be easier to be female.

Ultimately, I know how this will end: victory as ever for the Leftists who seek to take down one of the main pillars of western civilisation, the difference between the sexes. And the teenage girl guides, the female athletes, the women in search of privacy while using the restroom, the rape victims, they will just have to take it. The trans juggernaut rolls on over us all.