NewsPaperthe art of publishing
HomeBrexit WatchIs there another way out of this Brexit impasse?
226

Is there another way out of this Brexit impasse?

Before Christmas I spotted several analyses, such as this one in the Financial Times and this on the Politico website, setting out what might happen next in the tortuous Brexit process if Parliament votes down Theresa May’s Withdrawal Agreement. Since Christmas the Telegraph has also had a go at charting the likely outcomes.

These analyses all identified plenty of options, one seven, another nine, with obviously a lot of overlap. The Telegraph’s organigram was all but impossible to follow. All they really told me was that most of us don’t really have a clue what happens next, assuming May’s capitulation, sorry, ‘deal’, is ditched some time in the week of January 14.

The fundamental problem is that we have an awful Withdrawal Agreement and a pretty worthless political declaration that could mean anything or nothing, and the prospect of a deadlock – Parliament not agreeing to the Withdrawal Agreement (or to No Deal either) and the EU not prepared to change it.

But perhaps there’s another way out of this mess.

The great advantage of this approach is that by signing the two Agreements, Withdrawal and trade, in parallel or not at all, the problems of the backstop disappear. Thus, if an appropriate trade deal is agreed, then the backstop will not (have to) come into play. If at the end of the negotiation we don’t have a good enough trade agreement, then we don’t sign either that or the Withdrawal Agreement and we go to a No Deal Brexit; again no backstop.

Another plus would be that now we have, say, two years to seek to negotiate a trade deal during which time we should also plan properly for No Deal – and we make clear that we are doing that planning, thus giving us a fallback option, something that has been scandalously missing until now.

The EU has overplayed its hand so far, forcing a ridiculously one-sided deal through our supine negotiators on to the UK. As a result we have two irreconcilable positions – Parliament won’t accept the Withdrawal Agreement (assuming May loses the vote on it) and the EU won’t change it. Deferral might be a reasonable way of reconciling the irreconcilable. If the EU refuses to be bound by a reasonable proposition, deferral, that refusal would at least make it clear that a No Deal, if that were the result, was due as much to EU intransigence as the UK’s failure to negotiate anything halfway decent.

If the EU were to accept the proposition, then we’d move on to negotiating trade, now with a real impetus to get things done sooner rather than later. We’d continue with transition so there should be no disruption to anything whilst trade is being negotiated. By the way, we would also be in a much better negotiating position as a result of taking away the threat of the backstop.

Parliament is in a tricky position, with no one option emerging as a clear winner, but those pushing for a second referendum (call it what it is – wasn’t the first referendum a People’s Vote?) gaining ground. But there is a real flaw in the argument that we need a second referendum ‘because we didn’t know what we were voting on last time’. Ignoring the arrogance of the supposed superior knowledge of the Remainers, the flaw is that we still won’t know what we are voting on, because we don’t know the trade deal.

If Remainers are honest (a big if) they should accept that the campaign for a second referendum could justifiably take place only if and when the trade deal had been negotiated. In the meantime, Parliament could hold fire if the Government followed the option of presenting it with a complete deal rather than just one half.

Leavers’ concern that the EU would draw out negotiations to put pressure on the UK can be put to rest: unless there is an acceptable trade deal, there is no Withdrawal Agreement and therefore no backstop.

It also calls Mrs May’s game of bluff with Parliament (and the not impossible scenario of another May Turn, this time on a second referendum). She cannot threaten that it is this deal or No Deal, but deferring signing the Withdrawal Agreement would take her off the cliff edge, at least for the time being.

I have no doubt that this will draw howls of outrage. Let me put my cards on the table: I favour a No Deal but I foresee great difficulties getting it through Parliament – we are where we are. Many opponents of Brexit would no doubt see their eventual goal of Remain challenged by a deferral strategy. But what is worse overall? Deferral, which at least gives breathing space to all concerned and deals with the backstop problem, or the seven (or nine) option mess into which we are drifting by the day?

Share
Facebook
Twitter
WhatsApp
Email
Previous articleIt’s not about the money, it’s about the conservative message
Next articleFace it, you elitists, populism is here to stay 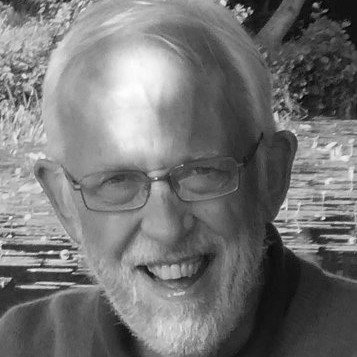